Banasree is the embodiment of how rapidly Dhaka has developed. What once used to be marshlands and paddy fields is now a new-age residential haven for the citizens of Dhaka. In today’s area guide, we will be covering Banasree and South Banasree. Development started on a massive scale in the mid-2000s, and the last decade has seen Banasree blossom into a well-planned neighborhood. South Banasree has come of its own in recent years, but there is still room for growth. The area is also very accessible and well connected, both internally, and externally via DIT Road. Banasree will also have access to the Dhaka Metro, with MRT Line-1 (Airport Rail Link) going via DIT Road and MRT Line-4 having a stop in Banasree.

Banasree is an extremely well-organized planned neighborhood, organized into neat blocks. Life in Banasree is calm, quiet, and peaceful, with pockets of liveliness here and there near restaurants and food carts. The houses inside Banasree have mostly been developed by real estate developers. These apartment buildings feature modern architecture and are well equipped with most necessities. One of Banasree’s best perks is the very affordable rent, especially when you consider how much Banasree has to offer to its residents. This makes rental apartments in Banasree very popular. South Banasree is still undergoing development, but the area has massive potential for growth. Housing is also extremely affordable there. 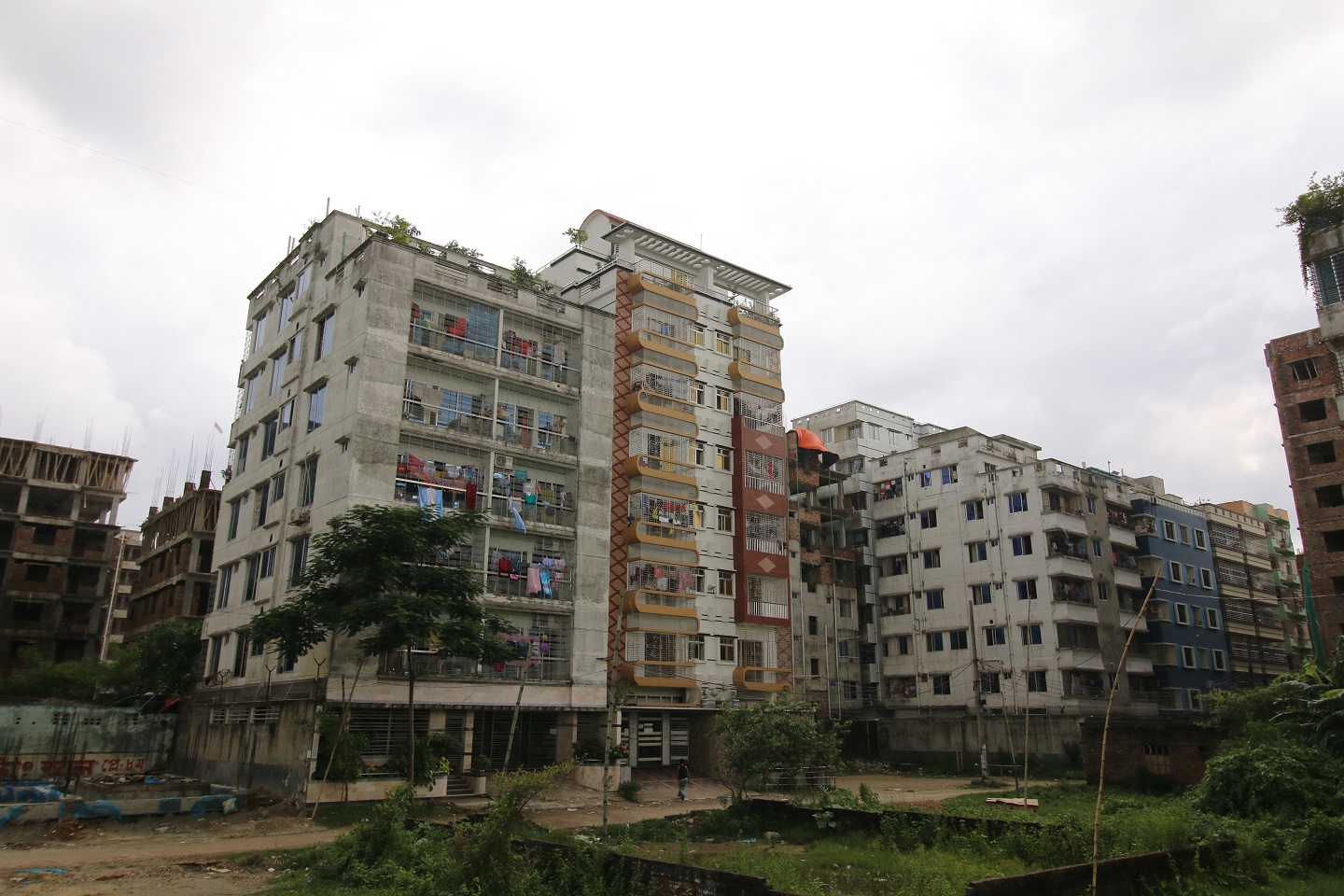 Banasree was initially planned out as a residential neighborhood. However, it has slowly grown into an area with a lot of commercial activity. You will find numerous banks, showrooms, restaurants, and brand outlets in both Banasree and South Banasree. A lot of tech companies and startups also rent offices in the area, mostly because of how affordable it is. The area is still mostly residential, with wide roads and neatly organized blocks. Also, as a result of it’s close proximity to areas such as Gulshan and Badda, many people have started to move into Banasree. The area is also home to many convention centers, and many people hire these venues for many different events, including weddings and birthday parties. 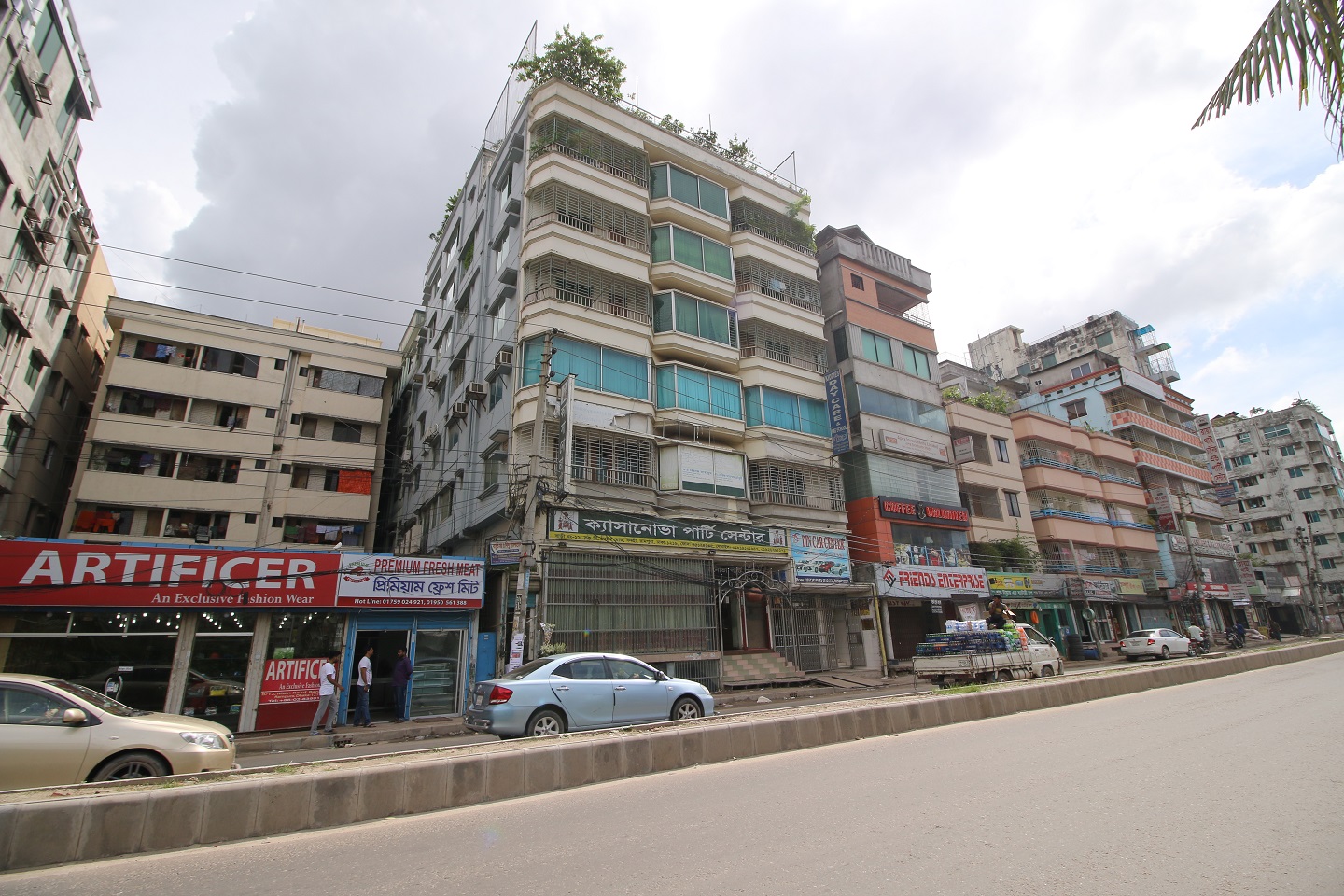 Banasree is an area with a neat and well-organized internal road network. The main internal road is the Banasree Main Road, and most businesses are located on it. An areawide tempo service runs through the inner roads of Banasree, making transportation inside the area easy and hassle-free. And if you’re not a huge fan of the tempo, there’s always the trusty rickshaw.

There are several bus services that start their journey on the Banasree. These buses go to distant locations such as Uttara and Mirpur but can also be used for internal travel in the area. The Banasree Main Road exits into DIT Road, which is a major road in Dhaka. On the DIT Road, you will easily find public transport. The entrance road into Hatirjheel is on the opposite side of the Banasree Main Road and can be accessed via the U-loop. MRT Line-1 (Airport Road Link) has a stop in Rampura, which is near Banasree. But the main route that will be serving the Banasree area is MRT Line-4. This route starts at Demra and ends at Mohakhali, with a stop in Banasree in between. Residents of Banasree can leave the confines of Dhaka and head to the Southern parts of the country by using the Staff Quarter Road. 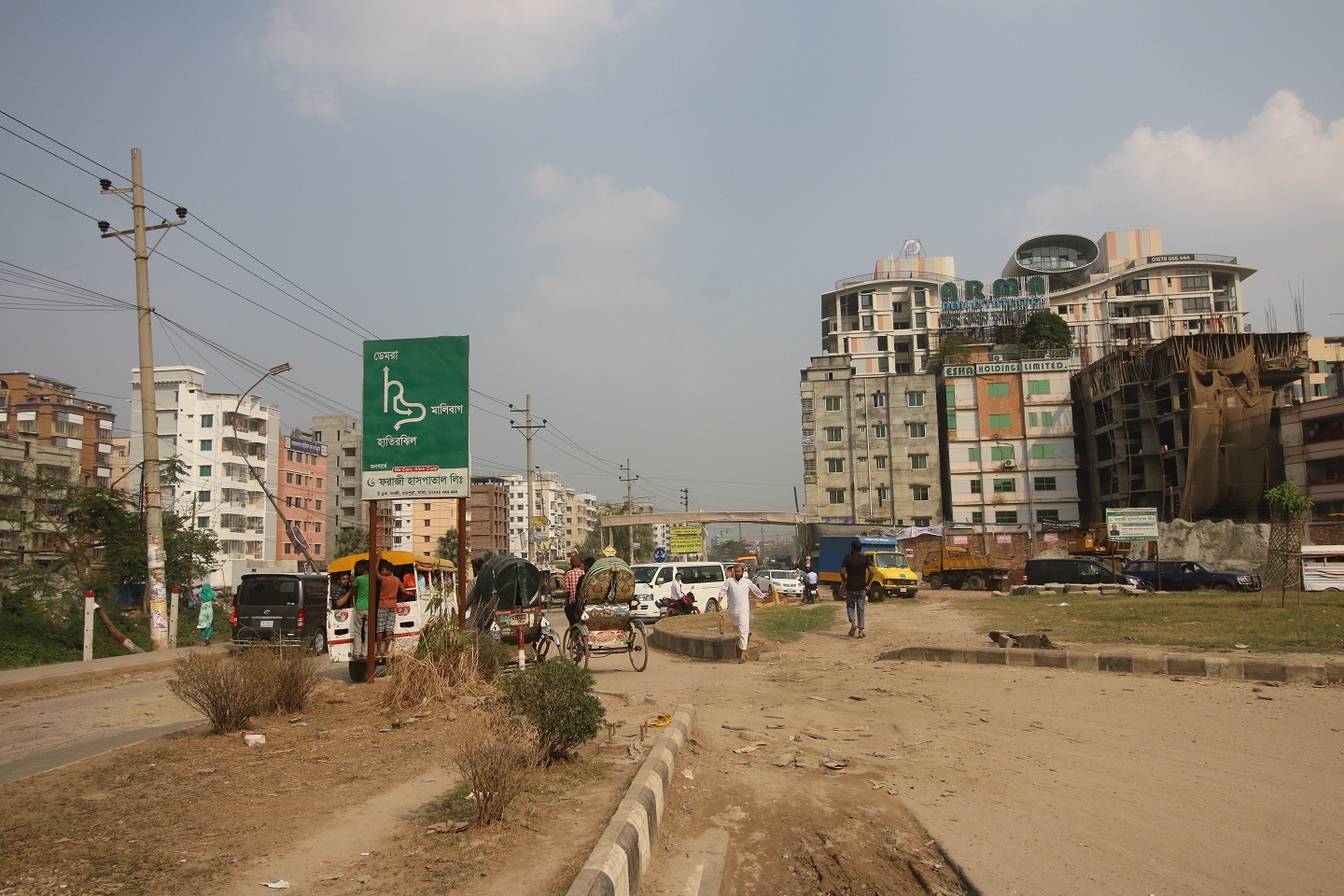 Banasree is home to numerous prestigious schools and colleges. The original Ideal School from Motijheel has a branch inside Banasree. National Ideal School has two campuses in Banasree. Faizur Rahman Ideal Institute also has a branch in Banasree. Plus, there’s also Dhaka Imperial College located in nearby Aftabnagar. Academia, which is one of the largest English Medium schools in Dhaka, has a campus in Banasree. Although there aren’t any notable universities inside Banasree, there are many prestigious universities in nearby areas, the closest of which is East West University in Aftabnagar.

Banasree has numerous healthcare facilities in its vicinity. There’s Farazy Hospital, which is quite popular with both locals and people from nearby areas, Al-Razi Islamia Hospital on the Banasree Main Road, as well as the Yamagata-Dhaka Friendship General Hospital near Meradia Kacha Bazar. There are also numerous pharmacies in the area, including a branch of Lazz Pharma on the Banasree Main Road. 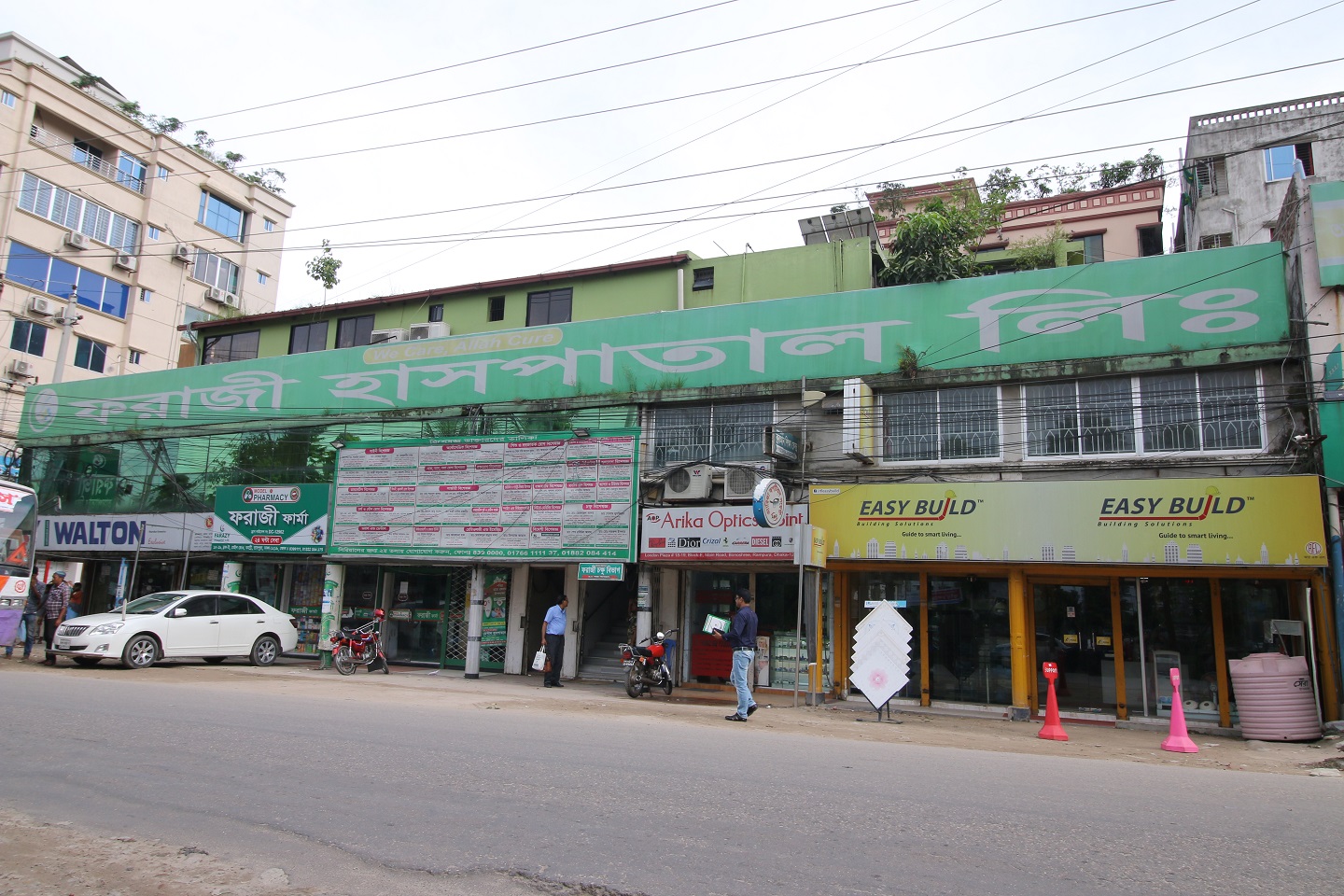 Religion plays a very important role in the lives of most people. This makes it necessary to have proper access to places of worship. Thankfully, residents of Banasree will not face any difficulties in finding them. Muslim residents living in the area will find numerous mosques, including Banasree Central Masjid and South Banasree Jame Masjid. Hindu residents can visit the Sri Sri Kali Mandir or the Burabari Ashram Mandir in Banasree. Followers of Buddhism will find a Buddhist Monastery in nearby Merul Badda. And Christians can visit the Badda Baptist Church in North Badda. 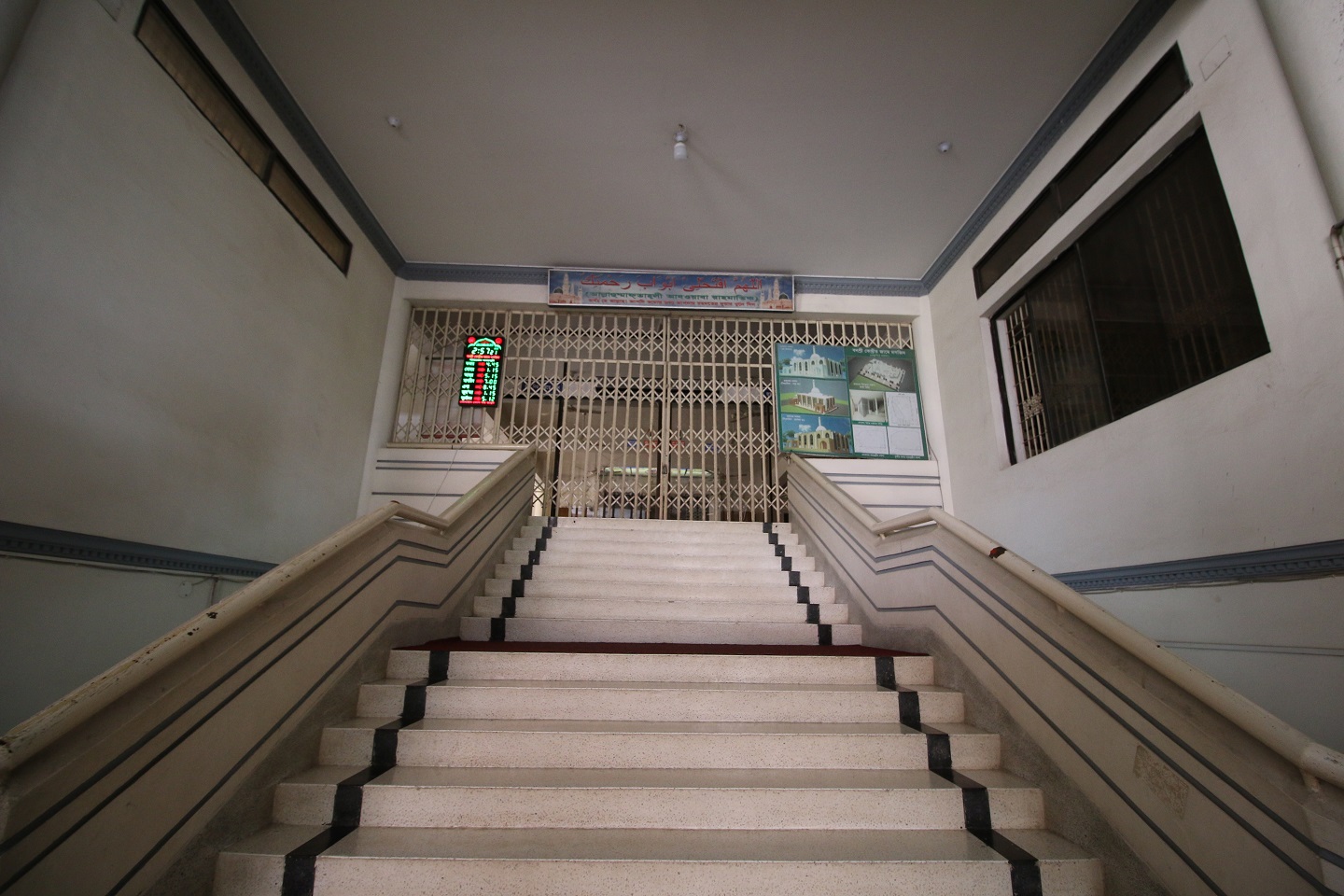 Banasree is located near some of Dhaka’s top financial hubs, including Gulshan and Badda. Badda can be reached by traveling north via DIT Road, crossing the Rampura Bridge, and going into Pragati Sarani. You will be able to travel Gulshan, Niketan, Tejgaon, and other parts of Central Dhaka via the Hatirjheel Circular Road. Aftabnagar is another planned neighborhood located just on the other side of the Rampura Khal. Rampura is just next to Banasree, and these areas are closely linked, sharing a lot of essential services and transportation networks. Goran is located right next to South Basabo and can be accessed via the Dakhin Banasree Project Road.

Residents of Banasree will find no shortage of restaurants and eateries in the area. There are numerous restaurants serving all sorts of food scattered throughout Banasree. Al-Kaderia Restaurant, a famous kebab restaurant, has a branch on the Banasree Main Road. Many restaurants serving Thai-Chinese and fast food are also available. These restaurants can mostly be found in Block-E, where many youngsters go to visit. There’s also a thriving street food scene in the area, with numerous street carts serving mouth-watering delicacies. 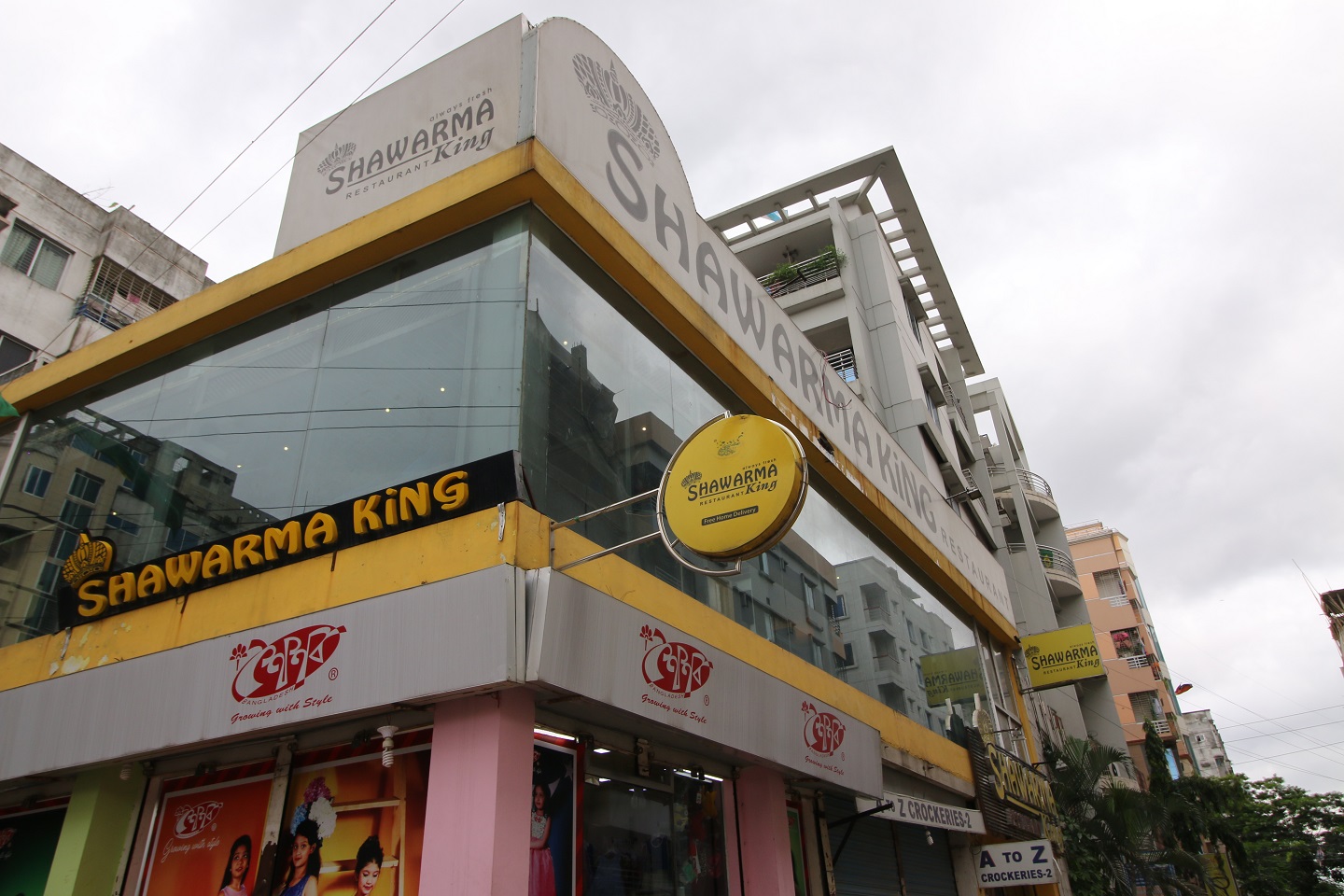 For essential shopping needs, there are numerous general stores spread throughout Banasree. For grocery shopping, there’s a branch of Shwapno if you’re looking for a comfortable and convenient supermarket shopping experience. Every year, right before Eid-ul-Adha, there’s a cattle market at Meradia Haat, where many people go to buy their qurbani cows and goats for Eid. The only large market in the area is Eastern Bonobithi, where there are numerous fashion stalls and outlets. Numerous brand outlets are also scattered throughout Banasree. 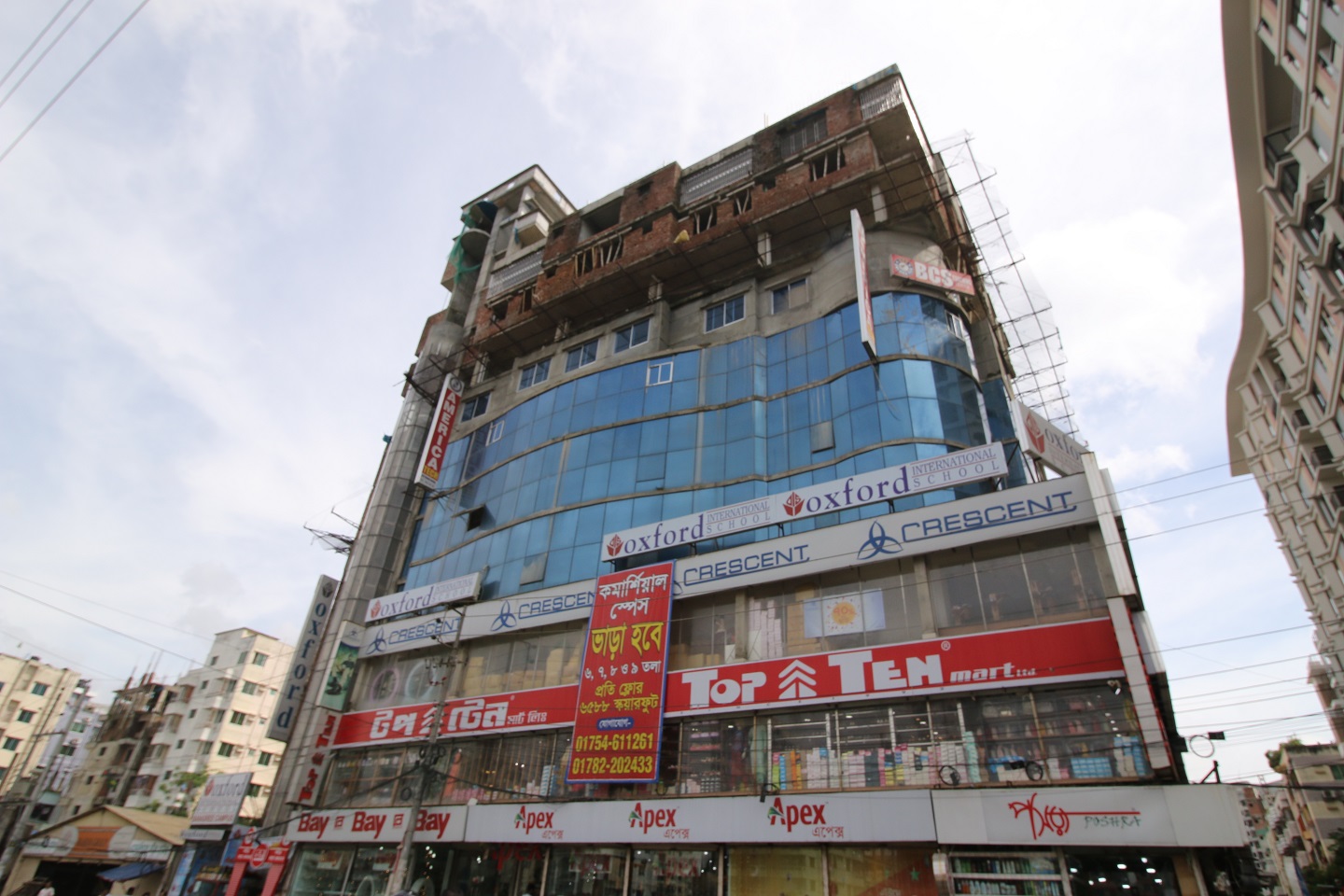