The allure of Dhanmondi begins to take root into a person’s heart & mind as soon as they start to unfold the secrets that await each and every alley of the area. The once serene area has transformed into the heart of the capital Dhaka and now embodies its spirit. It is an area where quality education, savory food, state-of-the-art healthcare, serene beauty, stylish homes, and a thriving business center is never more than two steps away. Dhanmondi is the great connector between the older and the younger portions of Dhaka and holds as much as history as important to the lives of the people of the city. Today, Dhanmondi is considered as one of the most complete and valuable zones in the entire country. 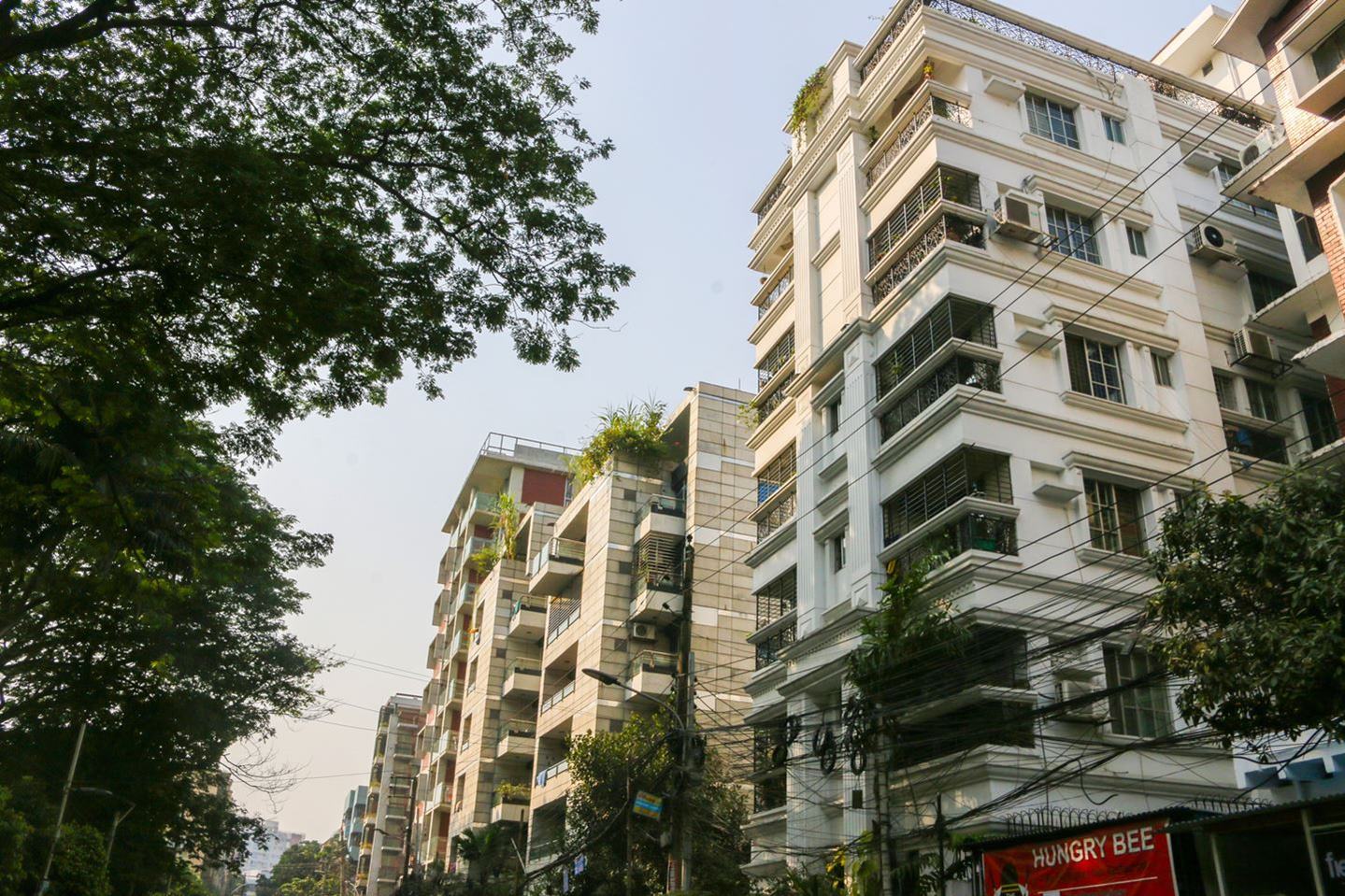 The Dhanmondi area was developed as a residential zone in the 1950s by the Pakistani government that would offer a spacious and comfortable lifestyle to the upper and upper-middle-class citizens. While the area has evolved into more of a residential-commercial hybrid zone in the last few decades, the promise of a life of comfort and convenience has never been truer. The inner roads of the area hold an uncountable number of homes that are better the last. And the apartments in Dhanmondi, particularly those around the famed Dhanmondi Lake, exhibit a mystical charm and elegance that is unique in the city. Aside from the aesthetics, the Dhanmondi area filled to the brim with every amenity a resident might need, from super shops and shopping malls to recreation zones. 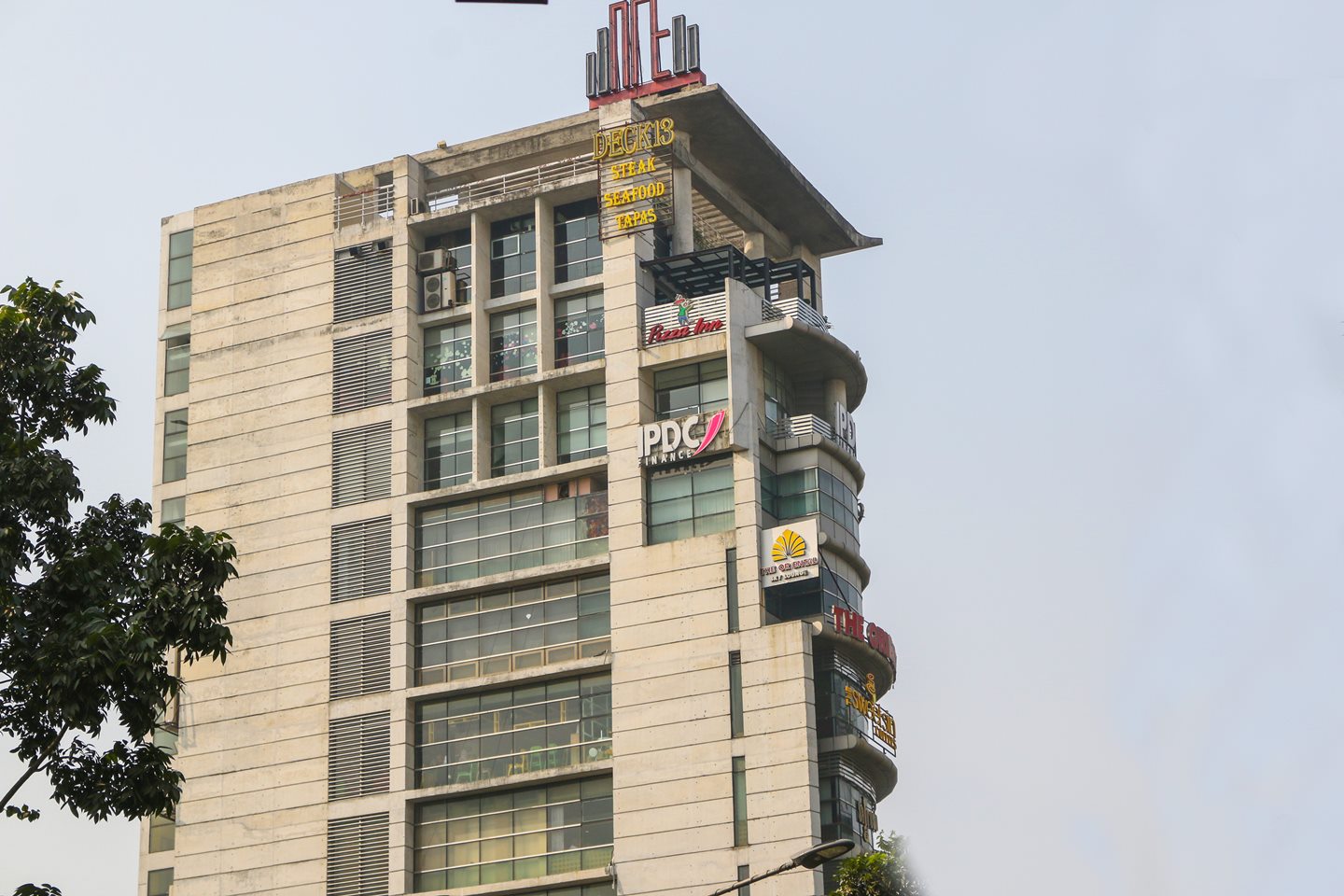 With the dawn of the millennium, Dhanmondi has emerged to become a prolific business hub in Dhaka. The area hosts several major banks, NBFIs, corporate headquarters as well as commercial properties – most of which are centered around the central road of Dhanmondi, the Sat Masjid Road. A big portion of restaurateurs in Dhaka consider opening an establishment in Dhanmondi as the pinnacle of success and constantly vie to make a mark on the restaurant scene of the area. Another thing Dhanmondi is famous for is the abundance of community places for weddings and events. The real estate duality of Dhanmondi has elevated and kept the area at the top of the food chain without any sign of downward movement. 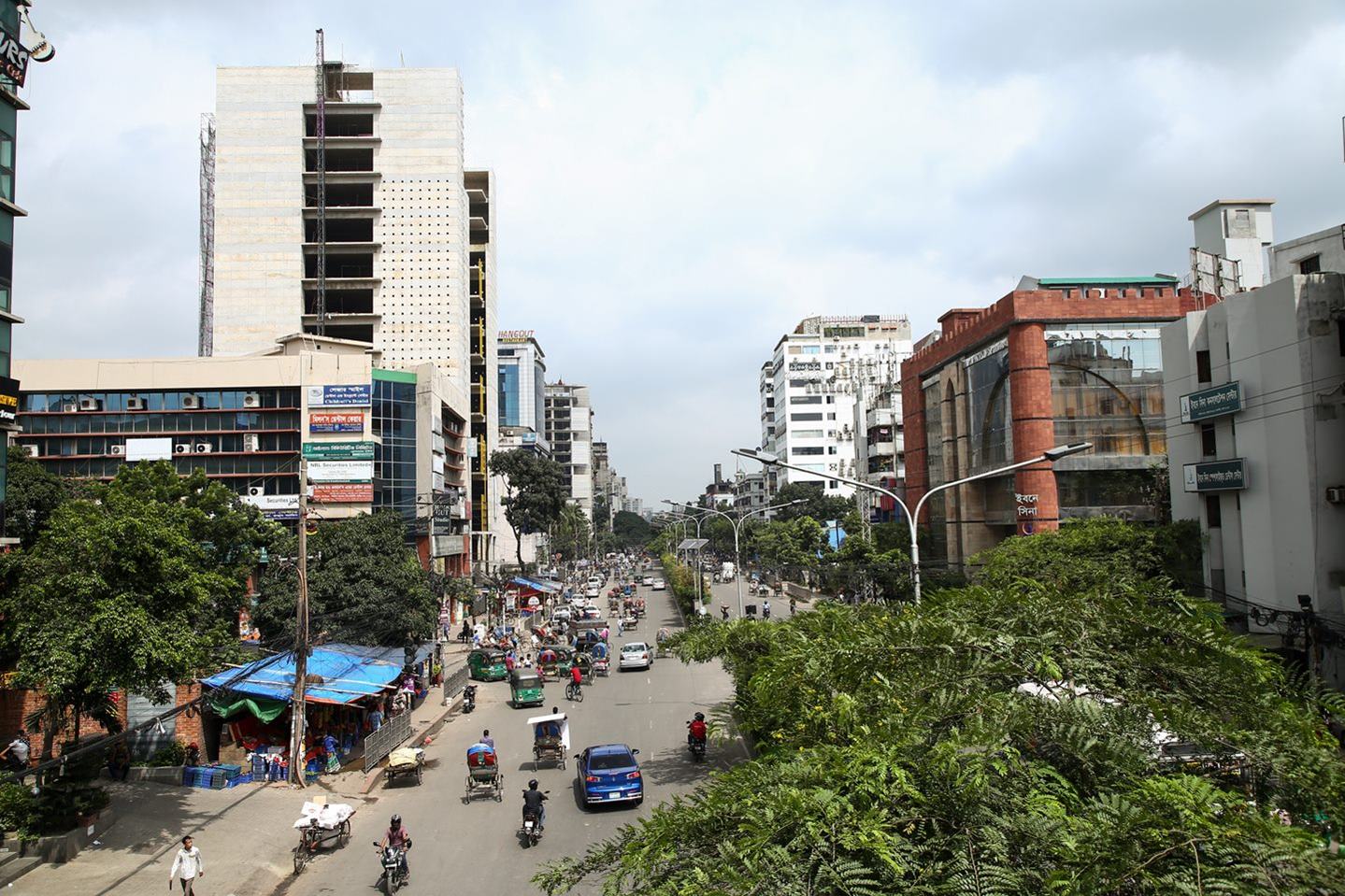 Perhaps the best aspect of Dhanmondi is the fact that it is almost a self-sustaining area where no amenity destination is really more than a few steps away. All the major locations within the area and there is no “almost” about it, can be reached quickly and easily via any of the thousands of rickshaws that are constantly on the move. And as far as traveling to other segments of the city goes, there are plenty of public buses to be found that travel along the Sat Masjid and Mirpur Road – connecting Dhanmondi to Lalmatia, Mohammadpur, New Market area, Agargaon, Shyamoli, Mirpur and Kallyanpur. Furthermore, the Shahbag road, indirectly via public transportation, connects the area to Malibagh, Kakrail, Motijheel, and Gulistan – resulting in a mass network of connectivity that is almost unmatched by most of the areas of Dhaka. 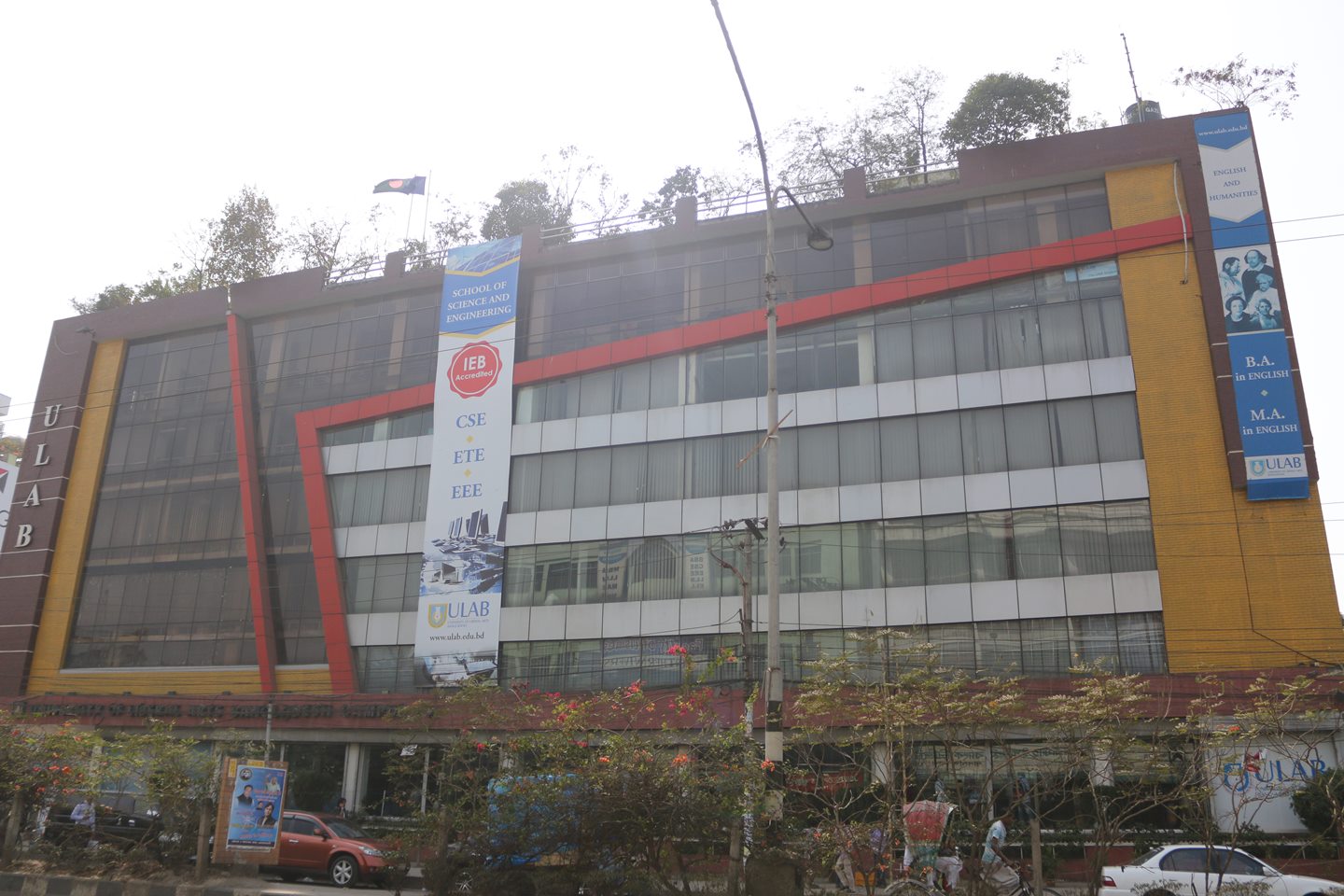 Among all the areas in Dhaka, Dhanmondi probably has the highest concentration of education institutions – almost all of which provide quality and tremendous education at every level of schooling. Prestigious institutions such as the Government Laboratory High School – the oldest school still in operations in Dhanmondi – City College, Sunnydale, Scholastica, and Bir Shreshtha Noor Mohammad Public College are all ready to ensure your children have the best knowledge base while University of Liberal Arts Bangladesh (ULAB), Stamford University, and others like them help provide higher study opportunities. Dhanmondi also has several medical colleges like the Bangladesh Medical College, not to mention the fact that the country’s leading sporting club, the prestigious & historic Abahani Sporting Club, is also located in the area. Another unique amenity in Dhanmondi is its great resources of language institutes such as Goethe-Institut Bangladesh and Alliance Française de Dhaka where one can learn a 3rd or 4th language if they desire. 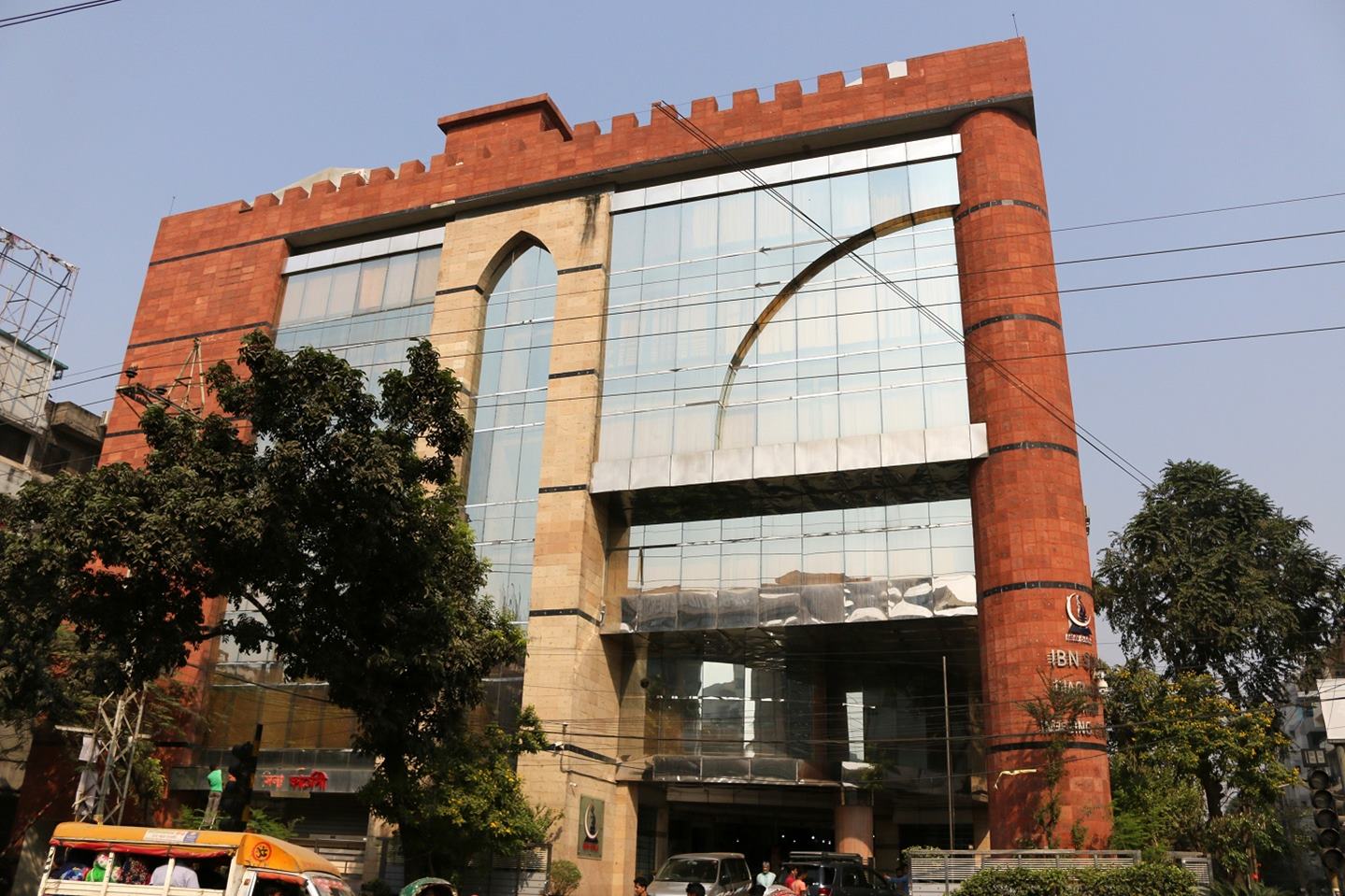 The prowess of Dhanmondi in terms of medical facility and service is unparalleled and folks from all over the nation come to the area to find their required healthcare services. There are over 30 private dental clinics in Dhanmondi, relieving any sort of tooth-related stress. There are also more than a handful of specialized and general hospitals such as Ibn Sina Hospital, Medinova, Labaid Specialized Hospital, and Bangladesh Medical College within the locality. The main branch of the oldest and the most prominent private ophthalmologic unit in the country, the Bangladesh Eye Hospital, is located at Dhanmondi 27. One of Dhaka’s leading cancer hospital, the Anwar Khan Modern Cancer Hospital, can also be found near the Dhanmondi Club Field.

While medical facilities can help cure illnesses, spending some time basking in nature’s glory regularly can avert many illnesses altogether. For that, residents of Dhanmondi have the magnificent, majestic, beautiful Dhanmondi Lake. This lake, and its surrounding park, is the perfect place to properly experience the amazing aspects of nature. Beautiful greenery and a charming lake provide the perfect backdrop for people of all ages to spend some relaxing time with their loved ones. And if they are lucky, they can catch a play or event happening at the ever-popular Rabindra Sarobor where joy seems to bloom each and every day. 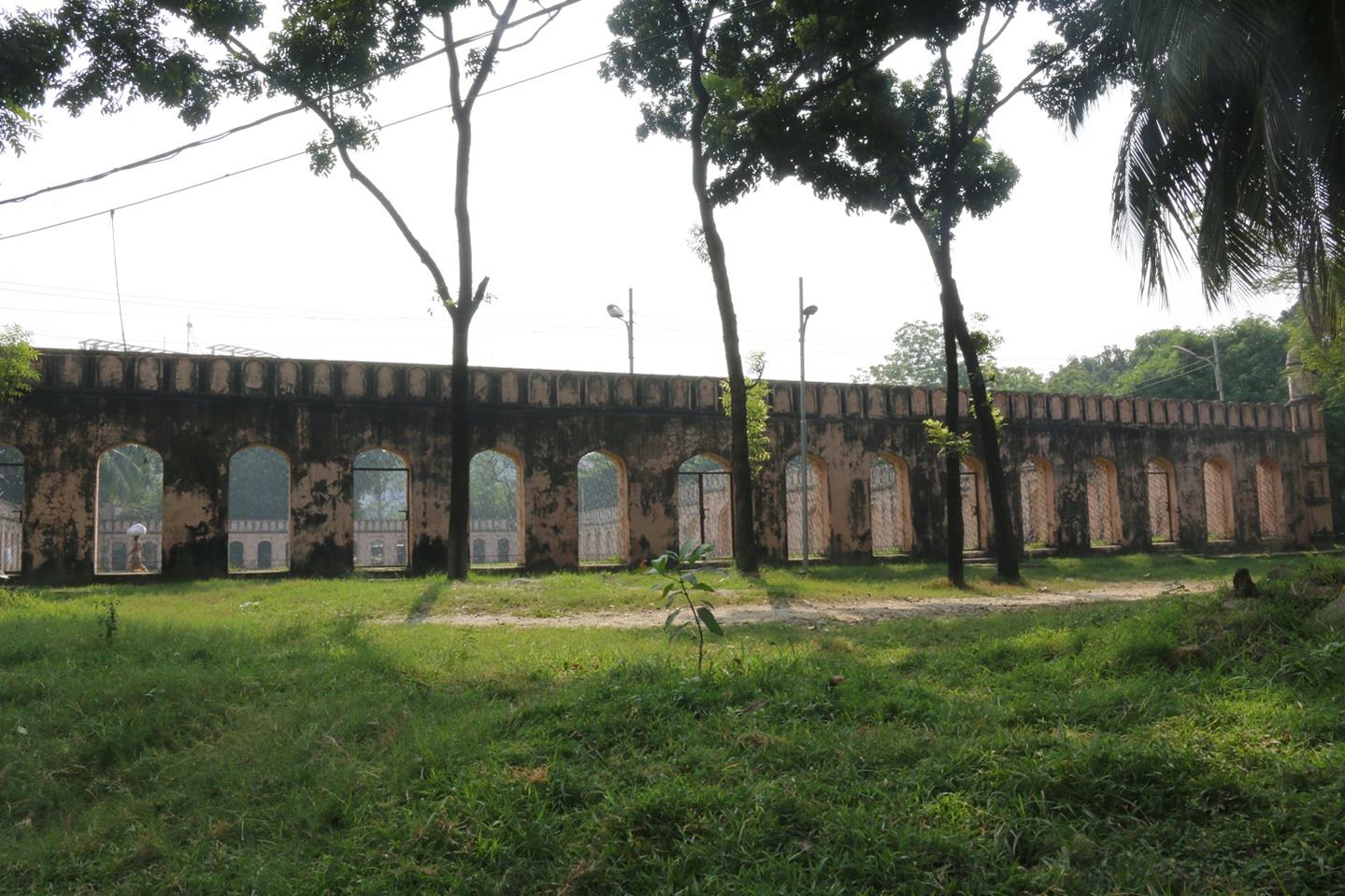 While the Mughal rule over Dhaka may have ended a few hundred years ago, there are still a few architectural examples from the era that can be found in this glorious city, and one of them is the Dhanmondi Shahi Eidgah located at Dhanmondi 6/A. Also known as the Mughal Eidgah, this Eidgah has been in use since its establishment in 1640. Along with old architecture, the Masjid-Ut-Taqwa is also a great example of modern architecture fusing with a religious theme. The masjid has a striking look and offers pious individuals an amazing place to pray. 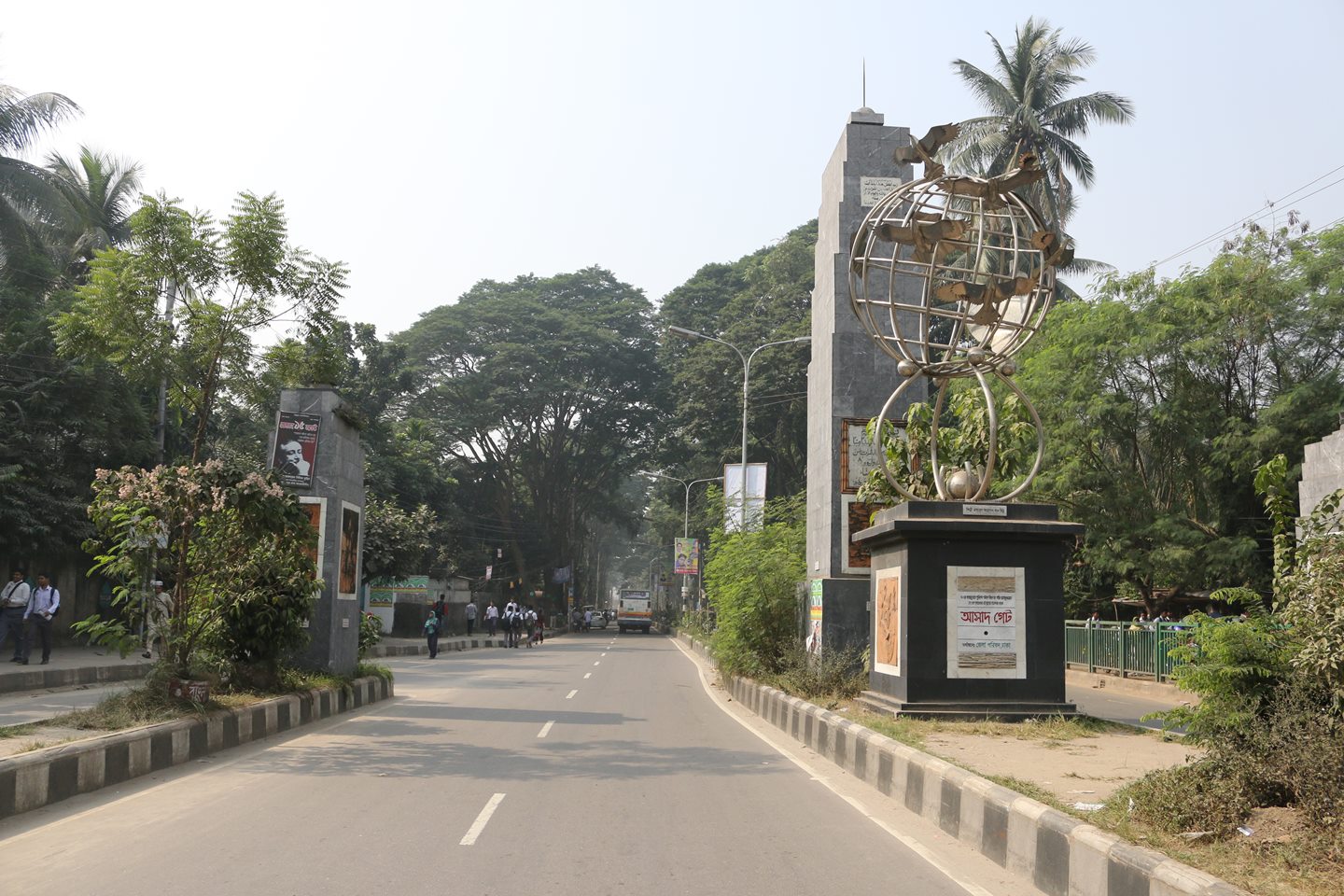 Even though Dhanmondi cannot be referred to as a nexus point within the Dhaka, the area is amazingly connected to a number of important locations. On its North is the Mohammadpur, Shyamoli and Kallyanpur area – further North is Gabtoli. Mirpur, Farmgate, Panthapath, and Mohakhali are on Dhanmondi’s East and North-East, while the older portions of Dhaka such as Hazaribag, Nawabganj, Azimpur, and the Dhaka University area are on the West and South-West side.

Considered by many as the food haven of Dhaka, Dhanmondi hosts all sorts of culinary establishments that can be found in Bangladesh, whether it’s local special cuisines such as mezban or exotic dishes like calamari. The original restaurant boom of Dhaka began in Dhanmondi and has never let down. There is a whole host of food joints up and down the Satmasjid Road and the 27 No. Road. And if the food is to enjoy a bit of street food alongside natural beauty, the Dhanmondi Lake area has those aplenty.

Dhanmondi is a great commercial and business zone within Dhaka, but there are only a few established hotels to speak of throughout the area. However, for foreigners, there are other temporary living arrangements such as guest houses that are not only sufficient but also quite accommodating and secure. These places can be perfect for those who are looking to find relaxing accommodation without having to spend a lot of money.

Shimanto Square, Shimanto Sombhar, Rapa Plaza, A.R. Plaza, and Metro Shopping Mall – just a few of the great shopping locations that can be found within Dhanomondi’s parameter. These places offer exclusive collections from both local and foreign brands and have become fan favorites among the consumers of the city. There is also a branch of the Star Cineplex located at the Shimanto Sombhar building where the latest flicks can be watched. And for those looking to spend some time relaxing, the Dhanmondi Lake offers boat rides as such to enjoy an afternoon.