The striking beauty of Mirpur West which consists of Pallabi, Rupnagar, Mirpur 6, Mirpur 2 and some portions of Mirpur 1 (e.g. the botanical garden and the zoo) can only be experienced through the amicable lifestyle of people who reside in the area. From the suburban allure of Eastern Housing and Mirpur DOHS to the beautiful landscape of Mirpur beribadh, If anyone wants to enjoy the mojo of life, Mirpur West will not shy away from that promise. Mirpur 2 and 6, on the other hand, can facilitate you with every amenity and facility to sustain a lifestyle that you always dreamed of. With the state of the art healthcare facility, savory restaurants, sports zones, prominent educational institutions, and shopping centers, the area offers one of the best neighborhoods in the city for the residents who want to settle down for nothing less. Although the area has evolved throughout the course of time, it never shifted from the main focus and remained affordable to most people. That in turn, has made Mirpur West one of the most sought after areas to live in today. 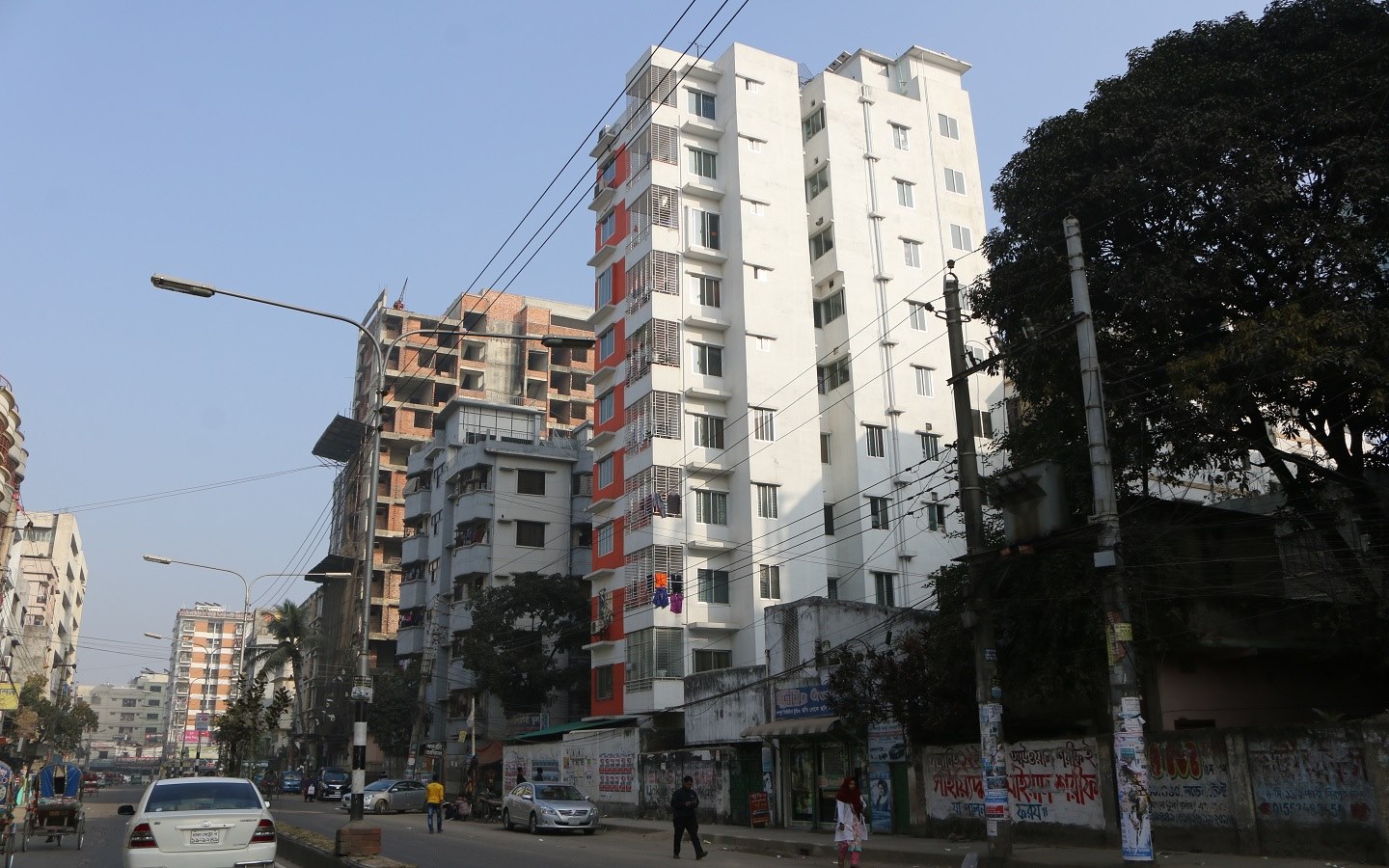 Mirpur West features a diverse community of people with different backgrounds, beliefs, customs, values, religions, and Identity. As the rent and property prices are well within the budget, the area has seen an upward trend in popularity among the residents of the middle class and upper-middle-class status. While Eastern Housing, most parts of Pallabi and some parts of Mirpur 6 are focused on a lifestyle that is more in line with the middle-class people, Mirpur 2, most of Mirpur 6, and Mirpur DOHS, on the other hand, are more fitting for the upper-middle-class people. Every part of the Mirpur West is facilitated with necessary shops and other conveniences and are never more than a few steps away. Mirpur-6 Kacha Bazaar, Siyalbari Kacha Bazaar, Arambag Kacha Bazaar are to name but a few which can be your reliable source of everyday needs at a very reasonable price.

The area is the house of some of the most amazing properties and without a doubt, is the swankiest among the entirety of Mirpur. Mirpur DOHS which is located on the northeastern side of Pallabi features a whole host of modern buildings with every facility and amenity. Being one of the most prominent neighborhoods, the area is also popular among entrepreneurs to start their startups. As a result, the area has become the new commercial hub of Mirpur and now the house of over 30 startups. Pallabi is the main commercial hub of Mirpur West with all sorts of commercial properties. Mirpur 2 and 6 on the other hand, is a hybrid area hosting numerous governmental and non-governmental organizations and residential properties. Aside from that, some of the notable establishments of the area include Sher-e-Bangla National Cricket Stadium, Syed Nazrul Islam National Swimming Complex, and Shaheed Suhrawardi Indoor Stadium. 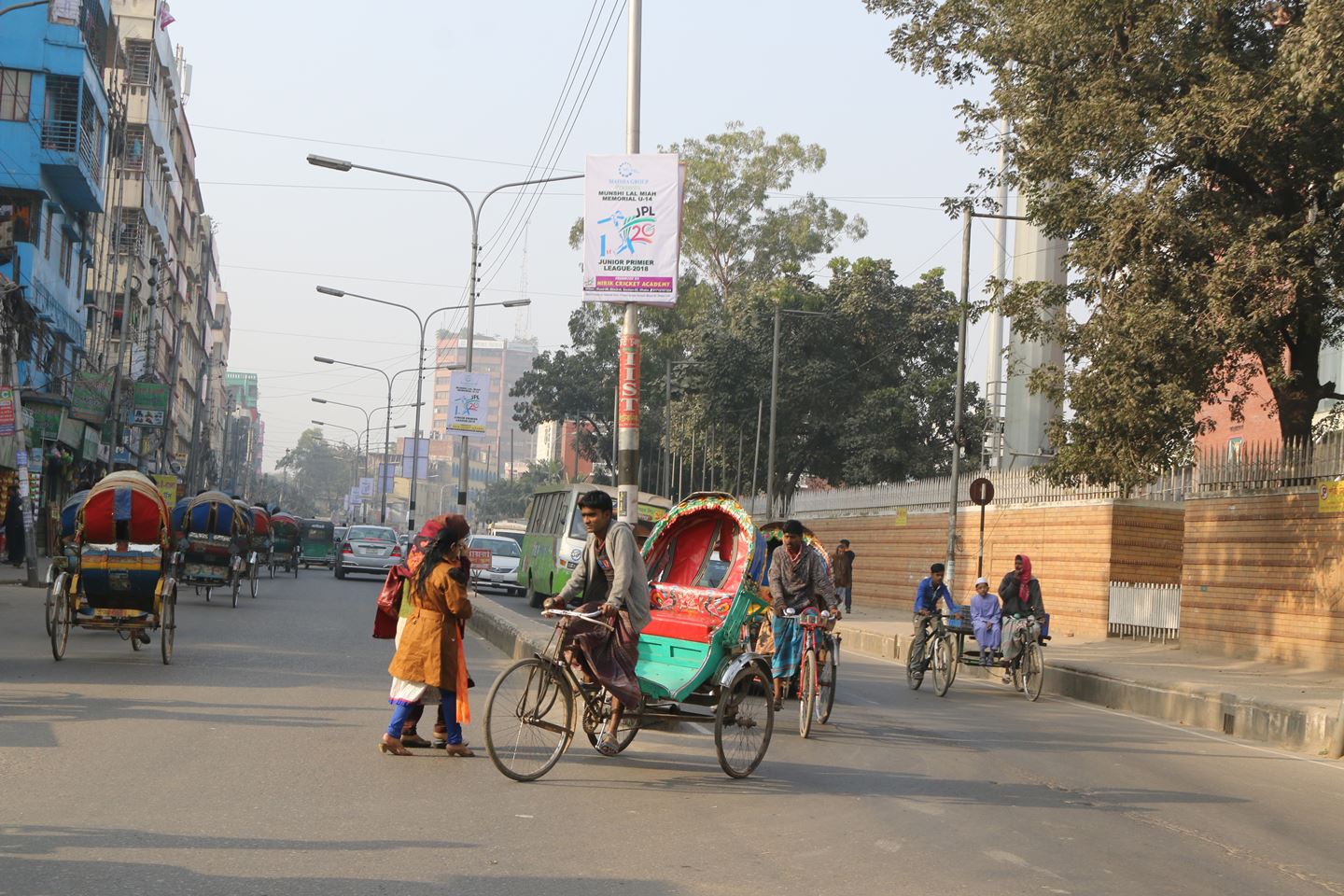 Transportation system and the connectivity between other areas are two of the best aspects of Mirpur West. A number of transportation services are there to ensure smooth connectivity with the rest of the city. Although riksha is the main transport to travel between areas, the well-rounded bus service can also take you to your desired destination. Also, Mirpur West is well connected with the city’s one of the main gateway terminal Gabtoli by the Mazar Road via Mirpur 1. Furthermore, Mirpur West is connected to Uttara via Mirpur Ceramic Road. On the other hand, the area is also surrounded by Mirpur road and Begum Rokeya Avenue and offers a shorter route to Mahakhali, Banani, Gulshan, and Badda through Kachukhet and Shadheenata Sharani, which connects Mirpur Rd to Airport Rd. In addition, the ongoing development of MRT Line-6 of the Dhaka Metro Rail system will connect Uttara, Farmgate, Kawran Bazar, Shahbag, Dhaka University, and Motijheel by providing quick and easy access. The MRT Line 2 is also nearby and after completion this will ease the access to Gabtoli, Mohammadpur BRTC Bus Stand, Jhigatola, Dhaka Medical College, Kamalapur and many more places. 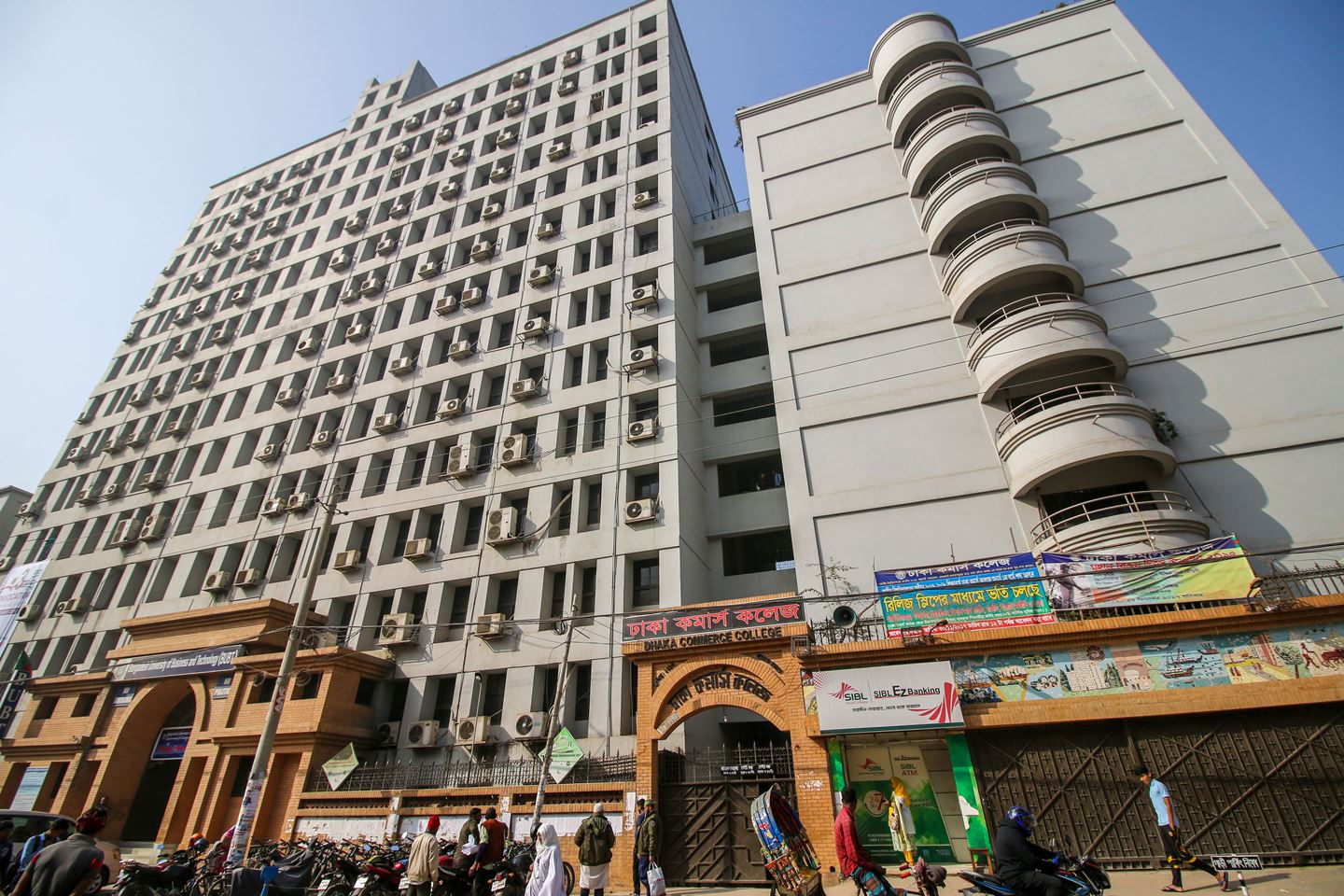 Mirpur West features a whole host of notable and prestigious educational institutions. The area has the highest amount of educational facilities among its north, south, and east counterpart. Prestigious institutions such as Dhaka Commerce College, Mirpur College, Monipur High School and College, Cambrian School and College, National Defence College, Govt. Bangabandhu College, Mirpur Cantonment Public School and College, Rupnagar Government Model School & College are all there to ensure your children’s base. On the other hand, institutions such as Bangladesh University of Professionals, Military Institute of Science and Technology, and Bangladesh University of Business and Technology (BUBT) are some of the most prominent universities in the country to fulfill your higher education needs. Besides, there are lots of training institutes such as Bangladesh-German Training Institute and Saic Professional Training Center, and UCEP - Bangladesh, where one can learn all the necessary technical skills to land a job in Germany or other countries. And if you are a banker, the Bangladesh Institute of Bank Management (BIBM) is also there for you to achieve new heights and for your IELTS preparation, Mentors will cater to all your needs. 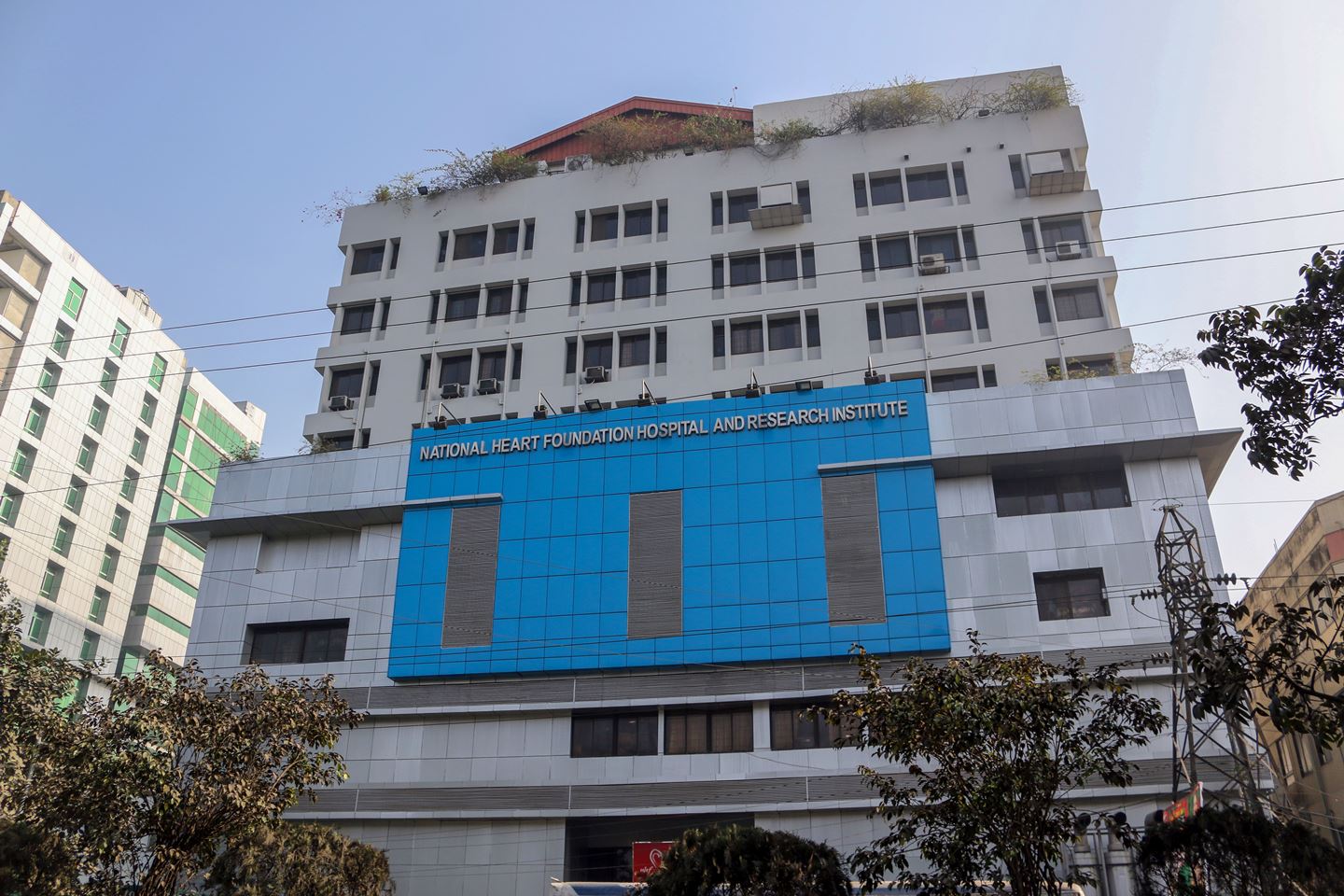 The area is also close to some of the most beautiful recreational facilities in the city such as National Botanical Garden and National Zoo which are just a short distance away. Besides, Sher-e-Bangla National Cricket Stadium, Syed Nazrul Islam National Swimming Complex, and Shaheed Suhrawardi Indoor Stadium are some of the places to enjoy regular sports activity. Mirpur DOHS, on the other hand, has built-in parks and other recreational facilities for the residents of that area.

Like any other parts of Dhaka, Mirpur West is also filled with mosques and other religious institutes. The concentration of mosques inside the area is huge. Every neighborhood features at least one mosque in their vicinity so Muslim devotees will not face any difficulties finding a mosque. Followers of the Hindu religion will also have easy access to temples such as Mirpur Central Temple in Mirpur 2 and Uttar Kalshi Temple in Mirpur DOHS, and Sargio Chan Mohon Sri Sri Sarbojanin Chakuli Durga Mandir at Pallabi. Also, there are several churches behind the National Heart Foundation Hospital for the Christians living in Mirpur West. 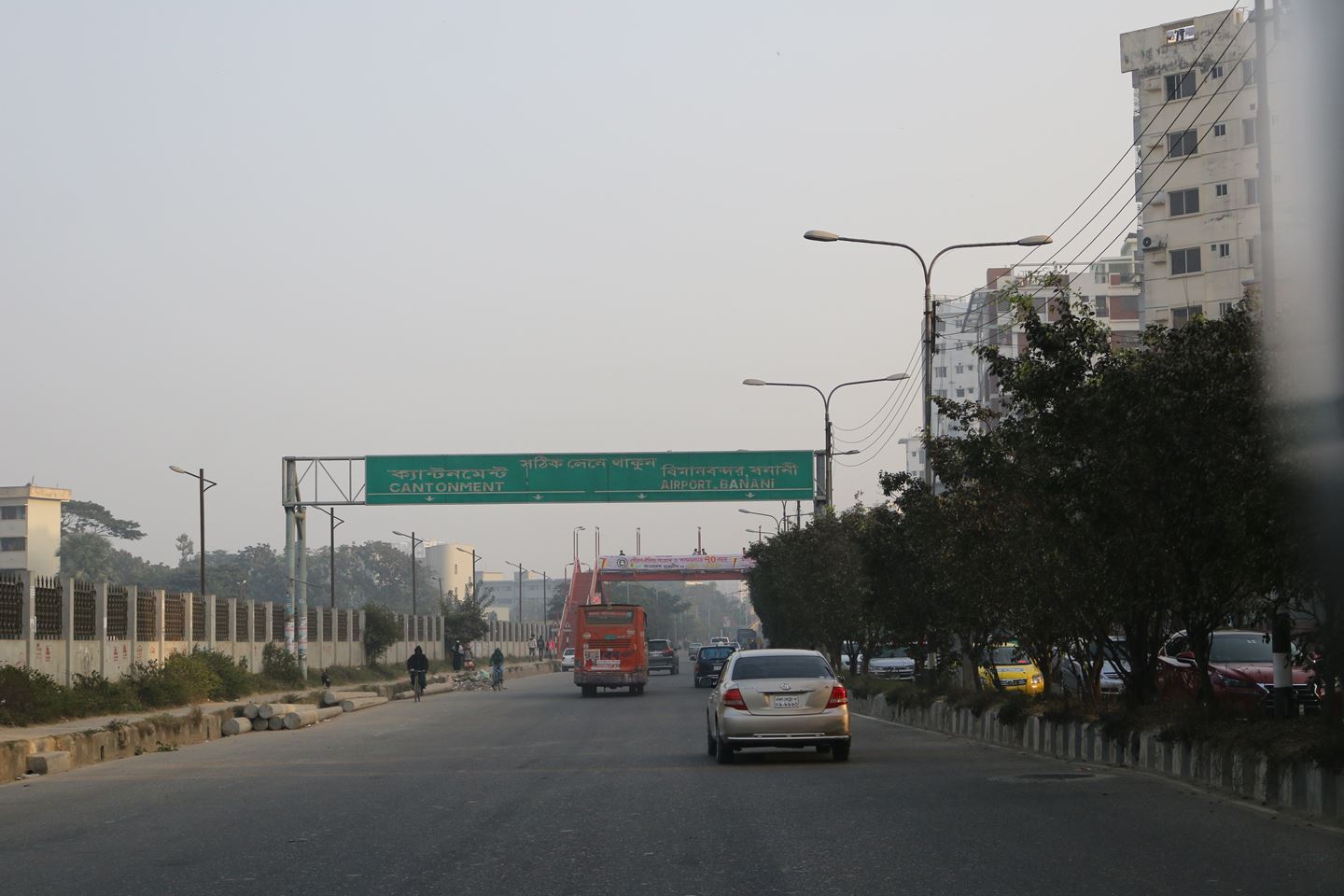 Mirpur West is close to Mirpur South and Mirpur North and is connected by the Mirpur Rd and Begum Rokeya Avenue. This means access to Mirpur 1, 10, 11, 12 and Vashantek is just a short distance away. These roads also lead to the eastern and far eastern side of the city including Mirpur 14, Banani, Mohakhali, and Gulshan. City’s one of the biggest gateway terminal Gabtoli is also in close proximity to Mirpur West. And since the Mirpur Rd is also connected to the Dhaka-Aricha Highway, the connectivity between other prominent areas such as Kallayanpur, Shyamoli, Mohammadpur, and Dhanmondi is a breeze. On top of that, undergoing MRT Line-6 project of the Dhaka Metro Rail system will ensure quick access to relatively distant areas such as Uttara, Kawran Bazar, Shahbag, Dhaka University, and Motijheel.

The west part of Mirpur can be considered as one of the new food heavens of Dhaka. Over the years, this area has garnered the attention of the people of all ages especially millennials and as a result, numerous restaurants have established. Areas such as Mirpur 2, Mirpur 6, and the Shagufta New Road of Mipur DOHS are some of the places with the highest concentration of restaurants. These areas offer all sorts of traditional, oriental, Pan-Asian fusion, and continental cuisines restaurants. Some of them were among the first to introduce new items on the menu and became so popular that they managed to open several outlets outside the area. Chillers, PizzaBurg are some of the most popular restaurants who started their journey from Mirpur West. Aside from that, there are other popular food chains in the area to soothe your taste buds.

Mirpur Shopping Centre, Rajanigandha Shopping Complex are two of the most popular shopping centers where one can find all sorts of necessities from kitchen accessories, apparel to electronic gadgets. But the high-end brand shops across the Mirpur road are the most popular ones when it comes to shopping for occasions such as EID, puja or other ceremonies. These places offer exclusive collections from both local and foreign brands.