Growing in Bangladesh always meant sitting down with the family on Fridays and tuning in to watch movies or shows on Bangladesh Television or BTV. Back then, the fabled BTV seemed like the place where dreams came to life and roamed around freely. Rampura may have once primarily been known as the home of Bangladesh Television, but today it is more famed for its affordable homes and immense connectivity to several important zones of the city. The DIT road, running through the center of the area, divides Rampura into East and West. While both sides of the area have comparatively low-cost properties, apartment prices are much lower on the eastern side of Rampura where the BTV is actually located. On the west side, Ulann and Mohanagar project serves as excellent locations to find affordable homes. Furthermore, the Hatirjheel project, which is adjacent to West Rampura, enables residents to quickly travel to areas such as Gulshan, Tejgaon, Mahakhali or Karwan Bazar in minutes. The development of the project has also inspired the construction of many new modern residential properties throughout the area. This, in turn, has immensely elevated the desirability of residence there and people are always looking to rent or buy aparments in Rampura. 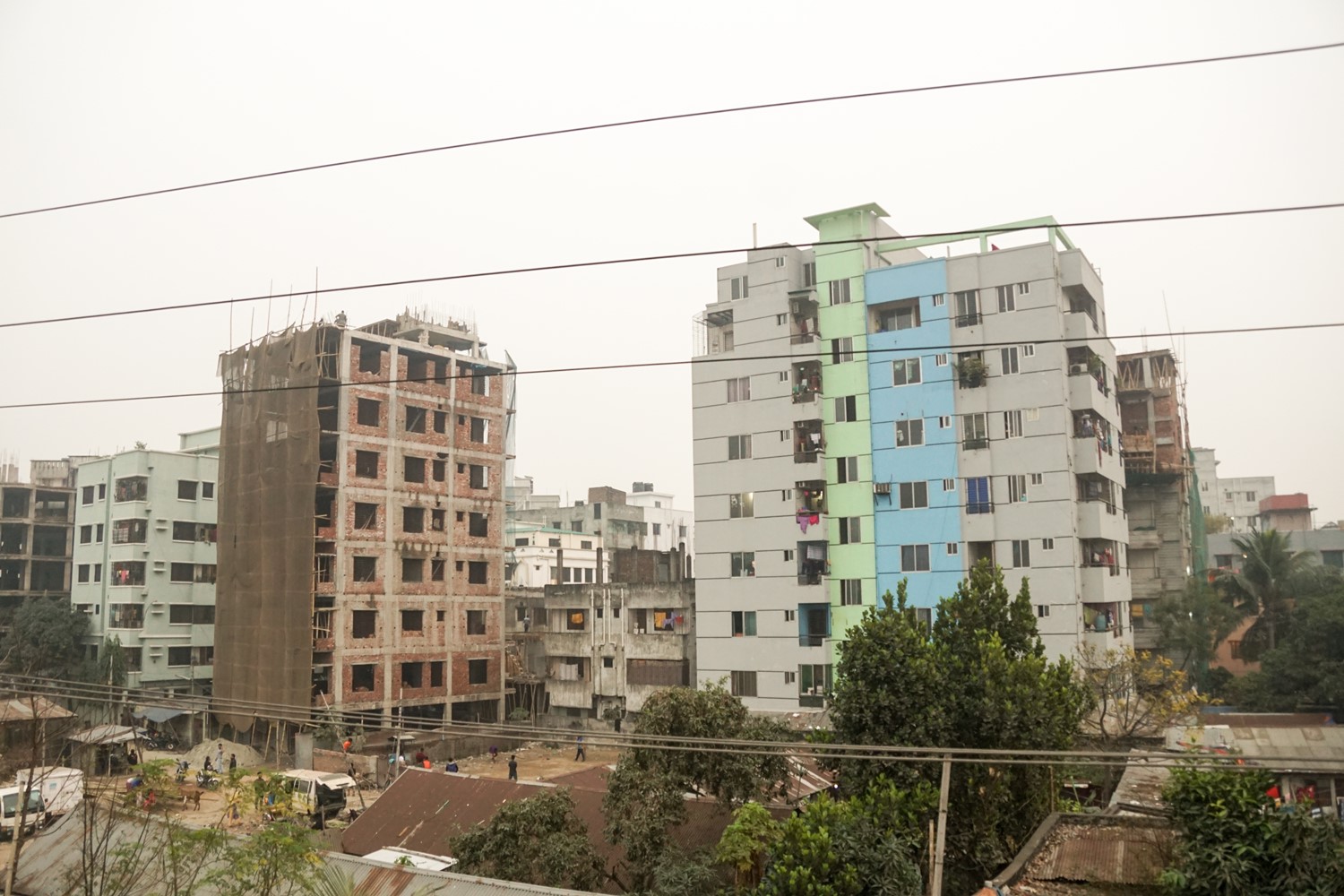 Rampura is often viewed as an ideal place to settle down for middle-class families. Both rent and apartment prices are considered as well-within budget while offering great facilities and amenities. Such modern accommodation, and even furnished homes, can be found all throughout the area but for those who want to reside in a quieter locale within Rampura, they can choose Mohanagar Project as home – the first residential real estate area of Bangladesh. There is no lack of recreation spots in the area either thanks to Hatirjheel and the several parks within the project. And for daily groceries and necessities, the Rampura Bazaar near the bus stop is always a dependable source where almost everything can be found at a reasonable price. Furthermore, the several communities active in Rampura also bond together for the betterment of the people and the area. 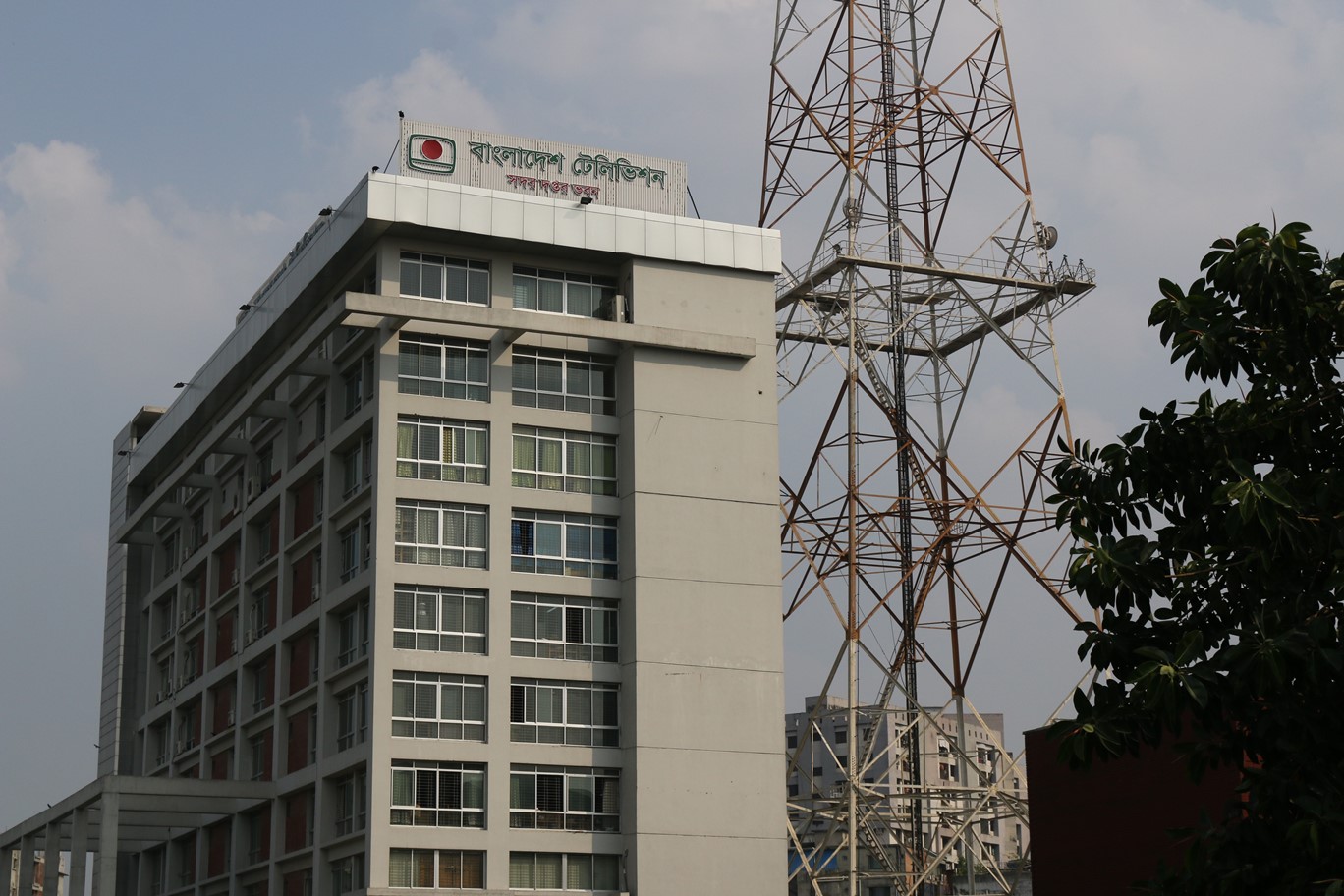 Even before the sun makes its appearance in the sky, people begin to crowd the streets of Rampura. Aside from being a major route connecting two major portions of the city, the DIT road of Rampura has an assortment of bazaars, banks, offices and brand outlets aside from residential properties – not to mention the iconic Bangladesh Television. Most of the commercial spaces can be found beside this road while the inner areas – both east and west – consist of residential properties. The Bou Bazaar road on East Rampura is also another location that is full of grocery shops and places selling daily necessities. There is also a growing number of restaurants in Rampura that offer fast food or grilled items. The Rampura area is one of the most active in the entire city and the properties there is a perfect reflection of them. 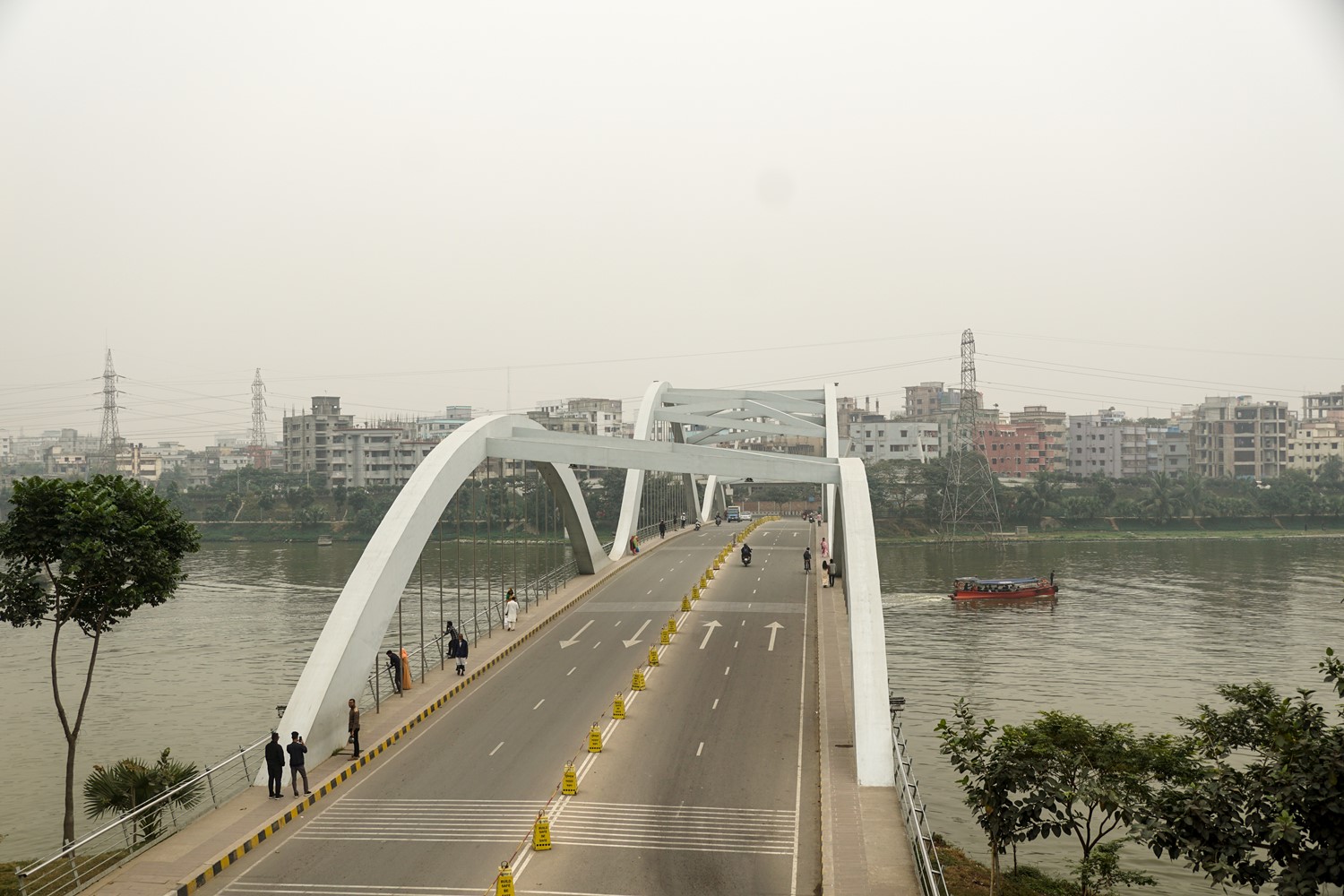 One of the best aspects of Rampura is the tremendous transportation system available throughout the area as well as its immense connectivity to other areas. The Hatirjheel project on the west and the DIT road at the center of Rampura are two of the major roadways of Dhaka that see a large number of foot and vehicle traffic every day. Public transportations such as Green Dhaka and a whole host of other vehicles stop at various points of the DIT road. Rickshaws are also available everywhere and easy to find. The Hatirjheel circular Bus service and the water taxi service are also present to take commuters to various points of the project in just a few minutes. Residents can also take the Bou Bazaar road to easily travel further south-east toward Khilgaon and Bashabo. And thanks to its importance, Rampura Bridge has become iconic to the people. 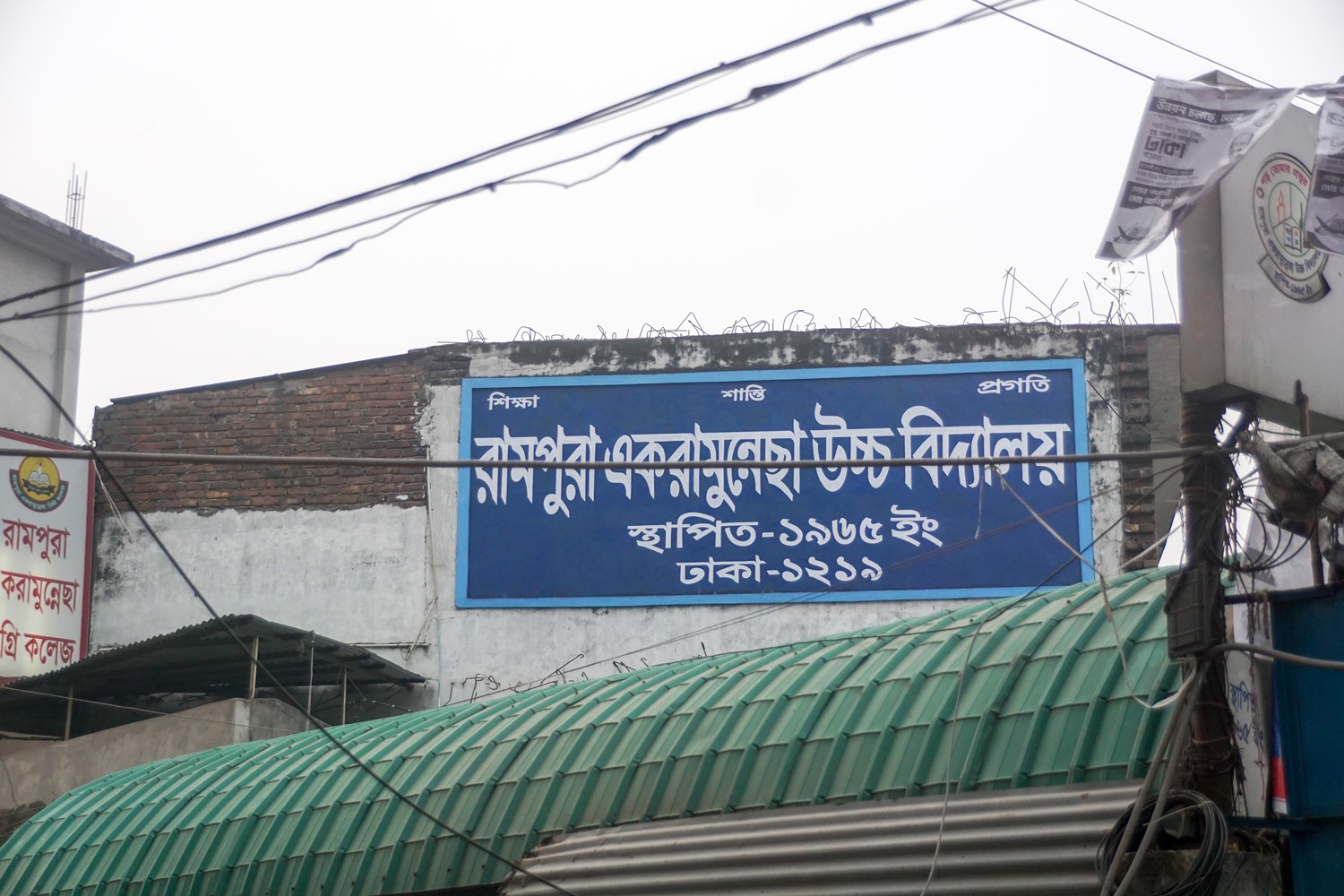 Education is a must and Rampura has several institutions that are capable of providing quality education to the upcoming generation. After all, schools and colleges are a part and parcel of any successful area. A number of public and private educational institutions can be found throughout the area that offers a curriculum in both Bengali and English language. Aside from Rampura itself, there are also high-quality schools, colleges and universities in nearby areas that residents of the area have access to. 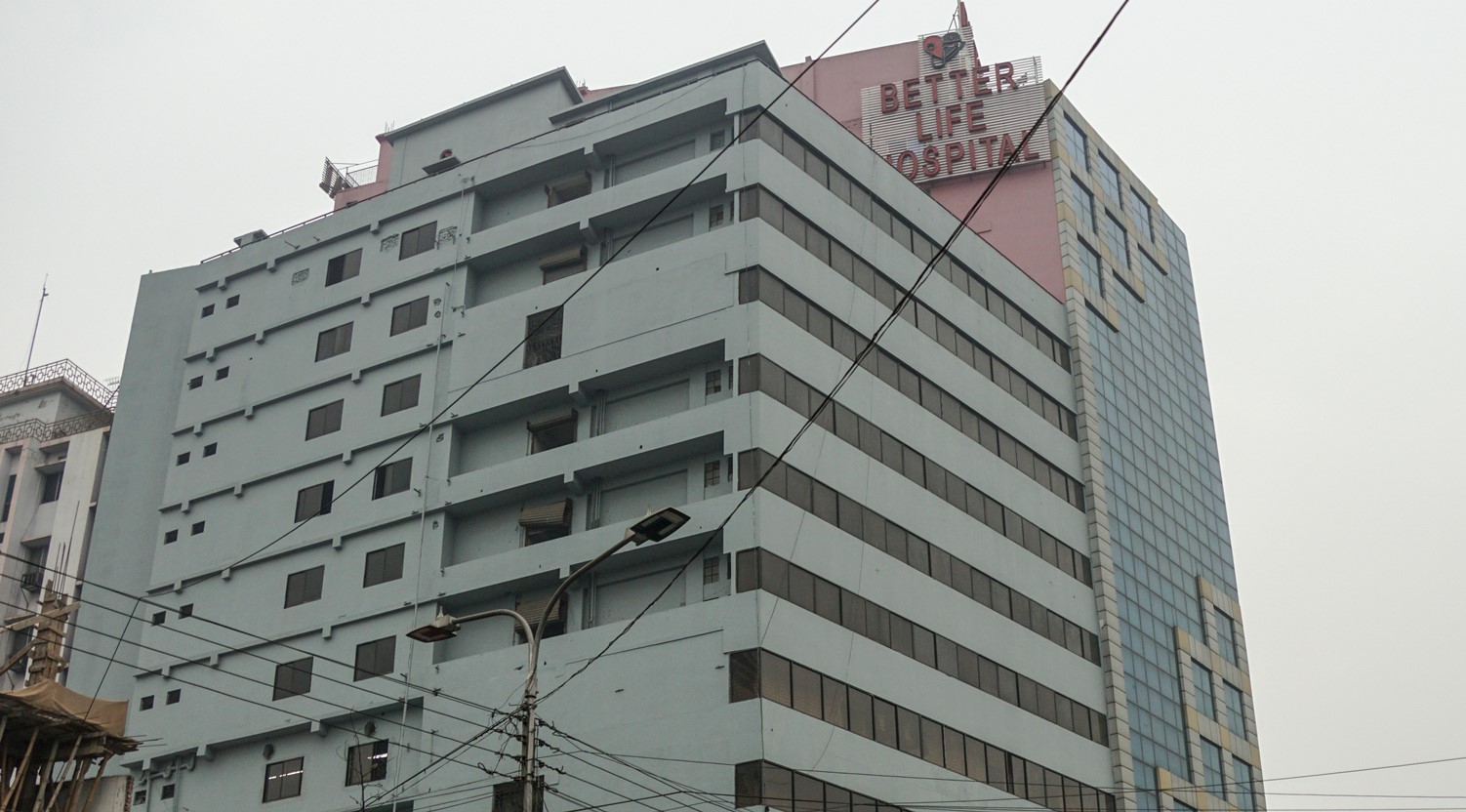 Aside from a few diagnostic centers, the only major healthcare facility in the Rampura area is the Better Life Hospital, located near the Rampura Bazaar. However, the hospital is well-equipped to handle all sorts of unfortunate accidents and illness thanks to the vast array of healthcare services they offer. The hospital also has a comprehensive physiotherapy center that is hard to come by in Dhaka. 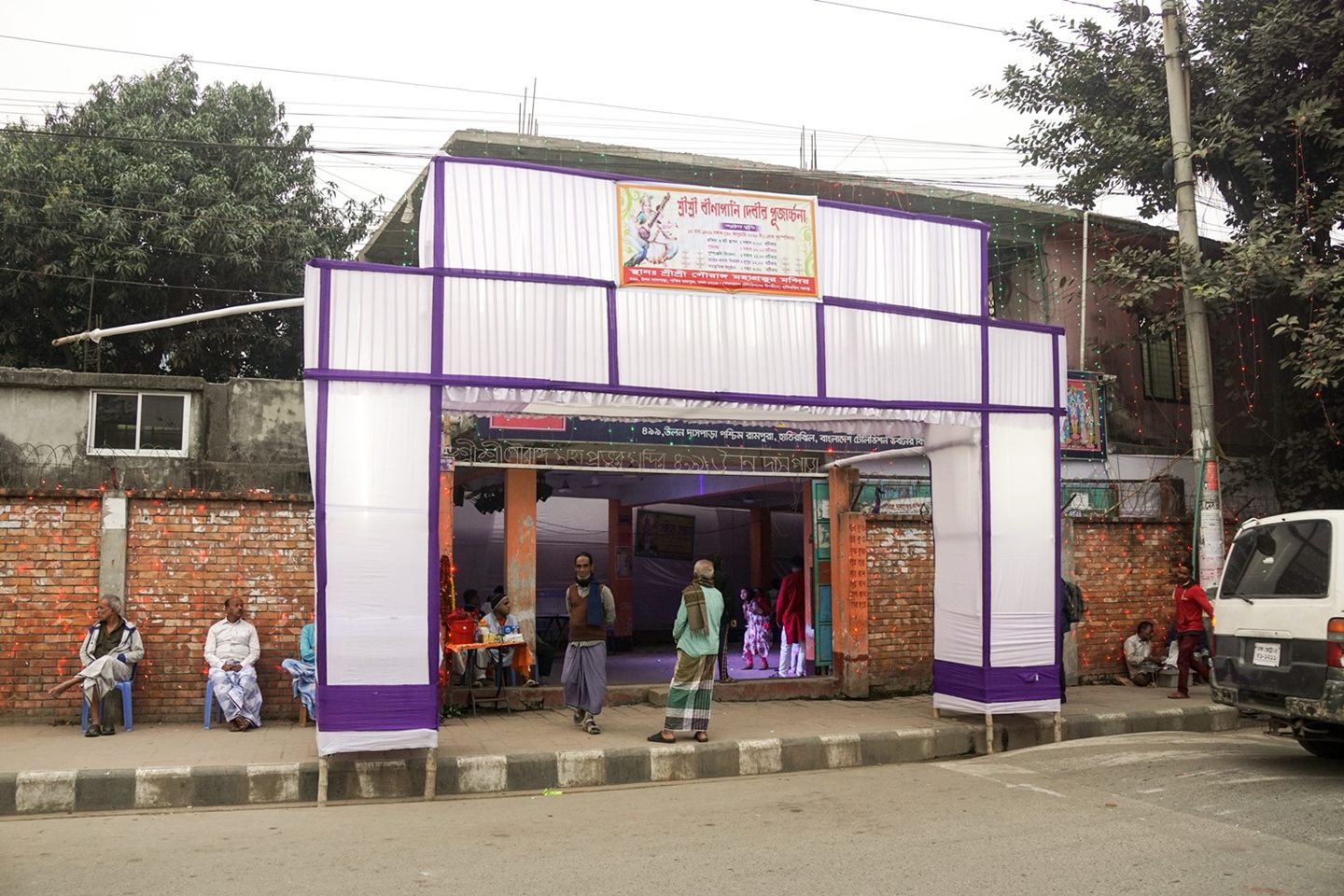 The Rampura area and its residents are well in-tune with religious harmony. Muslim Rampura dweller does not have to go far to find a place of worship as there is at least one in every other part of the area. Followers of the Hindu religion also have a place of their own near the Rampura Bridge next to the Hatirjheel entrance where the Shri Shri Gouranga temple is located. 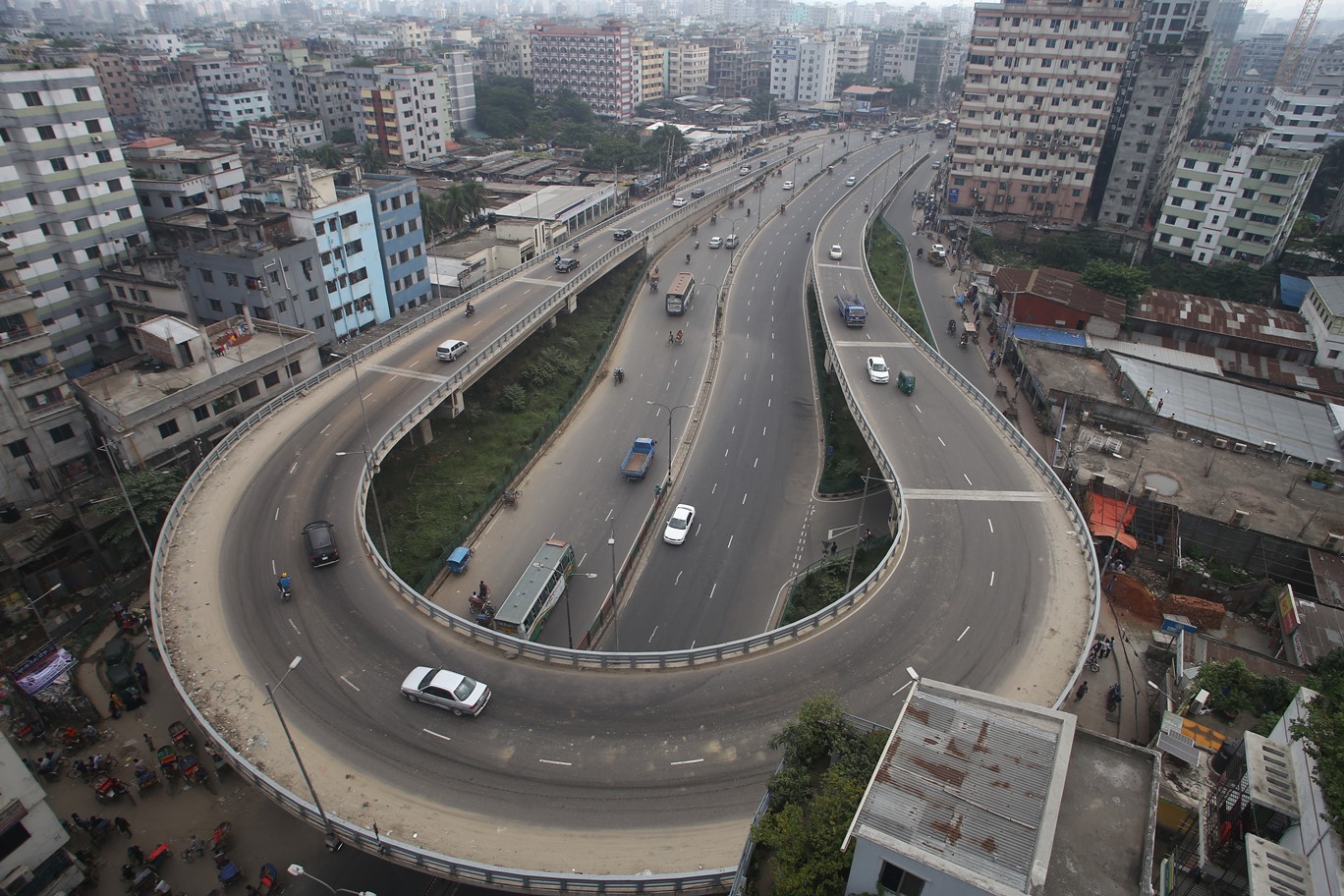 Rampura is surrounded by a number of populous areas and has quick access to many other important zones thanks to the Hatierjheel project. North of Rampura is the vast Badda and Aftab Nagar area where development is going on at a rapid pace. Aftab Nagar is also home to the East-West University and several other prominent colleges. Khilgaon and Banasree are on the east side of Rampura while Malibagh is on the north – all of which are major residential locations. On the west is the Hatirjheel project via which Gulshan, Tejgaon and Karwan Bazar can be reached in a very short time. 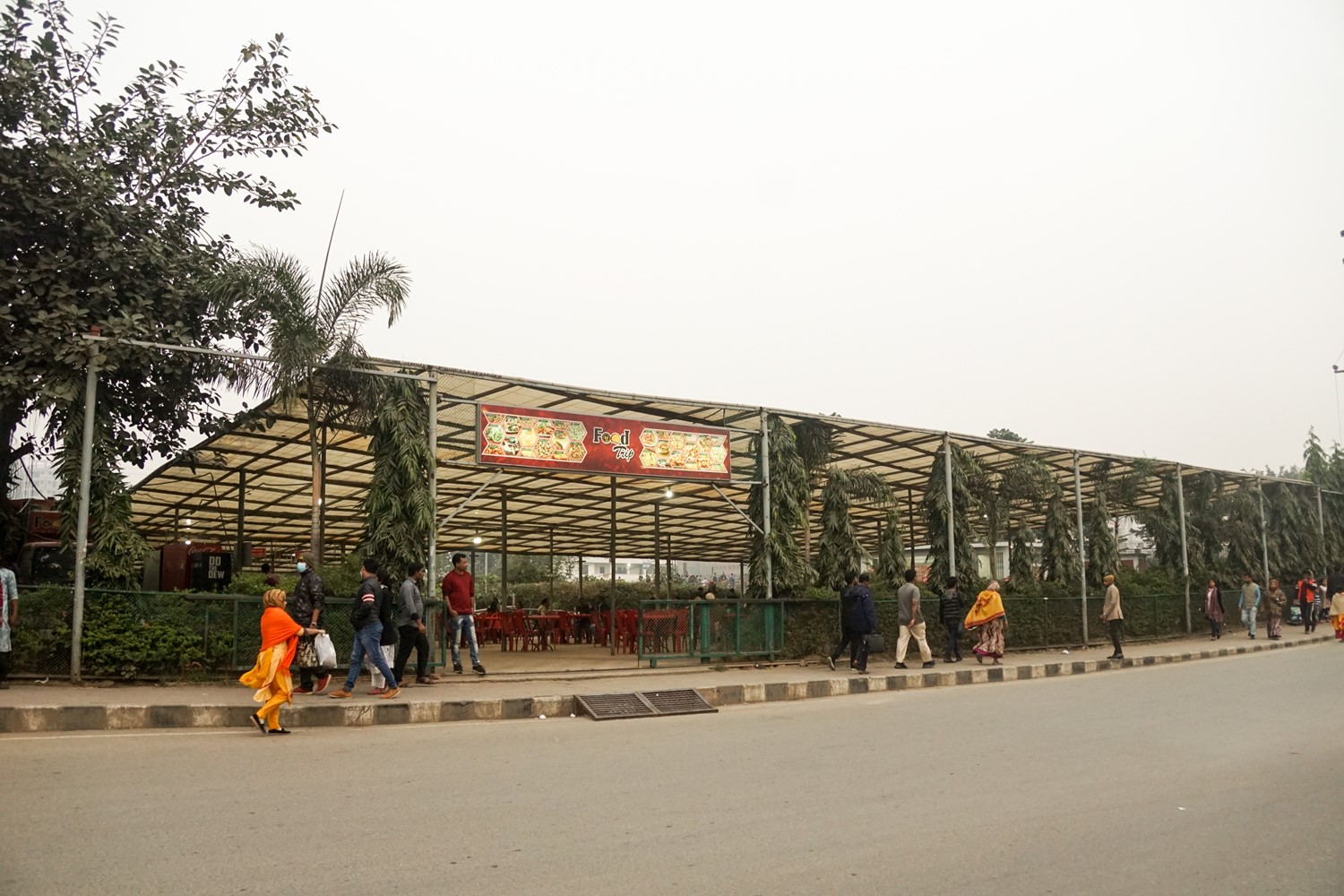 Like many other places in Dhaka, Rampura is filled with small and medium eateries and tea shops. They offer some refreshments and traditional food. But there is one particular establishment that is famous for their tempting servings – Al Kaderia. The establishment began as a kebab place that served grilled chicken and beef sheek, but the business expanded to open several other places, all within Rampura, offering a variety of dishes. There is the Al Kaderia Restaurant that offers traditional biriyani and other things while the Al Kaderia Café is oriented more toward fast food enthusiasts.

While Rampura may not be known as a shopping destination among the residents of Dhaka, the area is well-known for the spectacular Rampura Bazaar. It is a terrific place to find fresh groceries, daily necessities and almost anything a household may require including cleaning equipment, cutleries, paint and many other items. However, aside from the bazaar, the Molla Tower and Madina Shopping Complex are well stocked with conventional shopping items such as clothes, fabrics and tech-related items.