Flooded streets have been a bane for residents of the capital city for a long time. Many people dread seeing rain water on the roads. Almost all of Dhaka submerges under at least a foot of water whenever it rains. Finding places in Dhaka to live that isn’t half submerged during monsoon is difficult. So much so that it has become a myth to many. Is there any place left that is free from water-clogged streets during the rainy season in Dhaka?

There are still places in Dhaka where streets remain relatively unfazed even during heavy monsoon. In this article, we visit 5 areas around Dhaka that are not just free from water clogging but are also locations where you’d want to live. Take a look.

The High Ground on the North-East: Mirpur 6

Mirpur presents an excellent opportunity for those looking for affordable flats. The north-east part of Dhaka is full of amenities that make a neighborhood great. However, what many people today associate Mirpur with are water-clogged streets. Even though some places still suffer this issue, Mirpur 6 salvages the reputation of the Mirpur area.

Mirpur is a big area. Bigger than most others. It is divided into many different segments. Places like Kazipara, Shewrapara and Mirpur 10 easily flood during rain. Mirpur 6, on the other hand, is free from it. Mirpur 6 is on elevated land than its surrounding areas. It means, during rain the water rolls away and prevents water clogging. You’ll be stress-free.

Thanks to the makeup of Mirpur 6, the residents don’t get cut off from the rest of the city either. The streets and the drainage system have also been improved to keep things dry. There are exit points on both sides. This can be used to commute to places without having to get your feet wet. If you are looking for a place to live in Mirpur, then Mirpur 6 is the ideal location for keeping yourself dry this monsoon season.

Gulshan is the financial epicenter of modern Dhaka. It is home to numerous corporate offices and notable venues. The area also plays hosts to a lot of dignitaries. As such, many consider it as a ‘VIP’ area. It is also one of the most sought-after locations for living or otherwise in Dhaka. Gulshan is the perfect place to live during the rainy season in Dhaka.

Moreover, even though the neighboring area Banani also has similar characteristics, it suffers from water clogging during rain. It makes Gulshan a highly valuable location, especially if your office is within the vicinity.  An intricate network of roads also allows the residents to bypass the traffic to get to their destination in a short time. That too without having to navigate through submerged streets. Moreover, as a business hub, any part of the city can be accessed from here. For those moving up in the world, Gulshan presents the perfect opportunity to establish a strong foothold in Dhaka.

The Land by the Canal: Banasree

Banasree is a unique place within Dhaka. It is perfect for those who are looking for an affordable place to build your nest without having to go to a particular side of the city. Price of properties in Banasree area is much more reasonable than other places in Dhaka. Another reason why people are clamoring for property in Banasree is that you don’t have to worry about tackling knee-deep water in the streets.

Thanks to it being so close to Hatirjheel Lake and Rampura Canal, Banasree doesn’t flood during rainy season. The water flows quickly to the lake and the canal during a downpour. Banasree has seen much development over the last decade. New streets and a better drainage system prevent water from clogging even in the inner areas of Banasree. The Hatirjheel road allows residents to bypass all the water-clogged streets and traffic to move to other parts of the city in mere minutes.

Mohammadpur is one of the older parts of Dhaka city. Teeming with history, the area today is mostly desired for the convenience it provides to its residents. Many historically prestigious schools and colleges are quickly accessible from Mohammadpur. Same goes for hospitals and shopping malls too.

Mohammadpur was the first planned residential area in Dhaka. As part of the planning, it has enjoyed an excellent water drainage system that prevents rain water from being clogged in the streets. So people don’t have to worry during the rainy season in Dhaka. Throughout the years, Mohammadpur has seen further residential and commercial development that followed the same footsteps. As a result, Mohammadpur resident doesn’t have to worry about water in the streets even today.

A City Unto Itself – Uttara

Uttara is a prominent area in Dhaka, both regarding size and what is available there. Many consider Uttara to be a posh area in Dhaka. With numerous schools, colleges, hospitals, shopping centers, and even a train station & airport nearby; it is a self-sufficient mini city by itself. It has become a favorite for those looking for a quieter place to live.

Except for only a few parts of Uttara, most of it is free from water clogging. This is due to both excellent water drainage system as well as the elevated roads and buildings. Most of Uttara was already on high grounds and planned development helped make the streets, even more, flood resistant. It allows residents of Uttara to move throughout the premise swiftly and provides them with easy and quick exits out of the city when needed.

The areas mentioned here are not the only places to keep your head above the water, but they indeed are the best. If you know where to look, finding places in Dhaka that don’t flood when monsoon isn’t that hard. Now it’s up to you to choose which area will be best suited for you. Go out there and find the home of your dream. 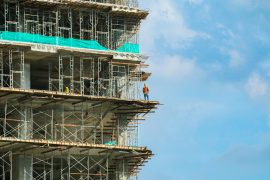 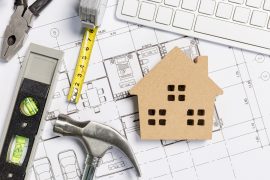