If you are tired of the hustle and bustle of the robotic routine in a fast paced city life like Dhaka where rising costs and living expenses are eating away at your feet, maybe it is time to consider a change of scenery.

Rising costs can be a burden on inhabitants looking to maintain a decent living standard. Slowly but surely, for some, living in a major city can become overwhelming. If you are thinking of shifting to another city to avail an affordable living, free of the stress of Dhaka city, we have the perfect overview of affordable cities for rent in Bangladesh.

Chittagong happens to be the second most developed city in Bangladesh after Dhaka. Also infamously known as the Port City, Chittagong also happens to be one of the most diverse commercial cities in Bangladesh. Being situated in a geographically strategic position to reap the benefits of waterways and terrains, Chittagong has been favored and developed by domestic and foreign shipping companies. As a result of this, multinational banks, including local ones, have set up branches in the country’s port region.

In light of these economic factors, one may think that Chittagong is moderately expensive. However, this couldn’t be farther from the truth. On average, apartments in Chittagong city are affordable, particularly if compared to Dhaka city.

Also considered the educational center of North Bengal, Rajshahi has been the target of development by the government for years. Located near the north bank of the Padma River, Rajshahi is considered to be one of the most beautiful culturally emphasized cities in Bangladesh. Earlier this year, a bill was passed by the government to incorporate a master plan to develop Rajshahi as a planned city.

House prices in Rajshahi are one of the most affordable on average when contrasted with Dhaka and Chittagong.

With the prospects of planned development in Rajshahi city, dwellers seeking a new affordable home and a change of scenery will find Rajshahi as the limelight of a clean, flourishing future residence.

Despite being a prime commercial hub of the respective district and neighboring areas, apartment rent in Khulna is relatively low, especially when contrasting living costs of neighboring divisions.

Another culturally rooted city in south-central Bangladesh, Barishal is geographically situated next to locations with easy access to both riverine and marine navigation channels. Barishal, like Chittagong has the potential to be another port city of Bangladesh with newly proposed plans to create shipping ports and power plants at Payra Bandar.

With development gradually booming in Barishal, the beauty resides not only in the district’s scenic outlook and infrastructural change, but in the affordable living standards it provides, particularly when it comes to rent.

**Note: The pricing is an average overview of rent across the cities mentioned in the article and is subject to change** 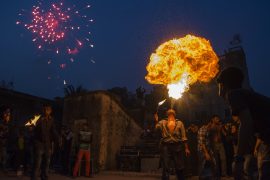