On the 20th December of 2018, Bproperty had its first employee night in the form of Bproperty Night of Superstars. It was to be a night of recognition and acknowledgment, but it became so much more. Smiling and laughing faces all around the venue and could not be deterred.

The Ballroom at the Westin was completely taken over for the purposes of the night. The venue was well decorated to accommodate over 240 employees – some even showing up all the way from Chattogram.

The Bproperty Night of Superstars began with a speech by Md. Rezaul Hassan Sharif, our Head of HR, who discussed his experience within the company, Bproperty’s growth in terms of employees and business. This was followed by a short speech by Mr. Khondoker Rejbeen Ahsan, the Head of Operations, who focused more on the operational growth, success and prospects of Bproperty as well as the impact of the long-standing members of the operations team have had.

Addressed by the CEO

Everyone was then presented with a video depicting our journey from the day operations began to where we wish to be. The segment was then concluded by our CEO, Mark Nosworthy. His focus was on his addition to the company, the vision we should all hold and the promise we should all aspire to make to the consumers of Bproperty.

But the Bproperty Night of Superstars had a surprise segment that no one was expecting – the recognition and awarding of outstanding performers; Star Performers. A single person was recognized from each department as the best of that field and a role model for everyone. A total of 10 people were selected to lead the rest and pave the way for self-betterment and growth.

The formalities of the employee night were then closed by our Head of Marketing and the organizer of the event, Ms. Mahzabin Chowdhury who, when called upon the stage, was ushered on by the whole marketing team in a resounding cheer. (We feel it is the Marketing team’s duty to be the loudest in the room). She went on to deliver a short speech on the joy of watching the night unfold, the challenges we’ve overcome throughout our time here and the drive with which we will move forward.

After all the inspiration and recognition of the night, everyone needed something to feel revitalize. The mention of the employee night dinner in a few minutes was just the thing. But dinner was only the beginning of a wonderful evening! The music was kicked off by our very own Mr. Mizan Ul Mowla who performed ‘Coffee House’, an incredibly popular and dear song to Bangladeshis. His rendition of the song was met with screams and shouts of ‘again, again’. After his performance, the music continued with the energetic sounds of Shaik Salekin and Riad Hasan.

The Bproperty Night of Superstars is our version of a corporate employee night. But the music overtook everyone in the room. A conga line formed and as the music got louder, people began to dance all around. Even our CEO was pulled in by the energy with which everyone was moving.

The employee night was a total success in all manner of the word. The speeches delivered by the leaders of the company were well received and taken to heart. Recognition and awards made soar the morale of employees across the company. And dinner & music come second to none when it’s time to enjoy oneself. The Bproperty Night of Superstars became a memorable night with everyone looking forward to the next one. What could be more successful than creating anticipation? 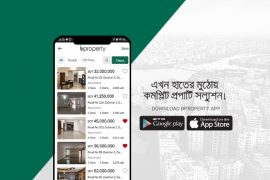 How to Use the Filter Option in Bproperty App 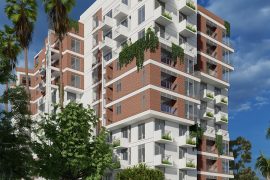 Things To Look For In A Good Real Estate Developer