Dhaka is one of the fastest growing mega-cities in the world. Nearly 36% of the urban population lives in the capital of Bangladesh. For a better livelihood, more and more people are moving to urban areas like Dhaka. This migration contributes around 63% to the increase in population which leaves Dhaka currently with about 17.4 million people. Moreover, the population is increasing approximately at 1.65% per year. Planned urbanization is quickly becoming a necessity though this may cause numerous challenges for the government. But with the right governance, sustainable development of Dhaka can turn the city into one of the most developed cities in the world.

Current Context of the City

At present, Dhaka city holds a broad base of the middle-income group. For an emerging economy, this is a good indicator as it opens to various possibilities. Moreover, due to economic growth, GDP per capita has increased to 1,358 USD (2016). We even see more interest in real estate. The success of this This remarkable shift indicates that people now have better purchasing power and increased disposable income. Ultimately this contributes to the growth process leading to better sustainable development of Dhaka. Currently, the top emerging commercial areas of Dhaka are making sure the opportunity for further growth persists. If businesses can channel and utilize this opportunity by bringing customized products and services, it will boost the growth process even more.

On the other hand, this influx of people will require better urban planning. This means more housing, education and healthcare facilities. With limited resources and living space, the city is becoming more congested.

What Challenges Need To Be Overcome?

Firstly, Dhaka is under huge threat from climate change due. A slight increase in global water levels can submerge a significant portion of the city. Moreover, without proper urban planning, the city becoming and more polluted every day. Recently, Dhaka has been declared the city with the most polluted air. Besides this, there are constant problems with water supply, solid waste management, the sewer and drainage system, public transportation and health care services. We can specifically mention 5 flood resistant places in Dhaka. But with such a small number in the scope of the whole city, it really needs improvement. On top of that, urbanization has led to the cost of living in Dhaka to be increasing at an overwhelming rate. Dhaka must overcome these challenges if it is to sustain as a developing city in the long run.

One of the biggest assets of sustainable development of Dhaka is its human resource. To convert it into a skilled labor force, Dhaka needs policies with proper emphasis and implementation. Primarily, urban planning for Dhaka requires the following:

According to the World Bank, the focus should not be on Dhaka alone, but also on other urban areas as well. They suggest creating urban spaces capable of self-innovation, that are well connected and livable so that they become competitive enough for people to migrate to. For example, Uttara is the fastest growing suburb in Dhaka and promises great development extending out of the city.

The Bangladesh government has already undertaken projects like Rooppur Power Plant, Tech parks, etc. These will aid in the further sustainable development of Dhaka and the country and provide more possibilities to sustain the existing livelihood of the people throughout the country. Although all this is in the pipeline, there should still be an integrated plan to develop all urbanization projects simultaneously so that skilled labor forces can be distributed evenly throughout Bangladesh. 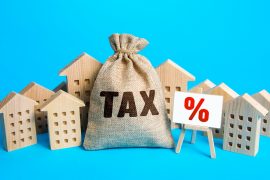 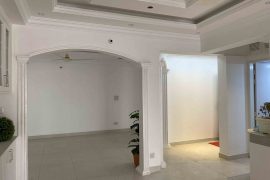