The world’s inhabitants increasingly face a choice between a quiet rural life and the faster pace of urban living. But for the vast majority, the pull of city life is likely to be strongest. The world is fast becoming more urban, with up to 70 percent of the planet predicted to be living in cities in the coming decades.

What is driving this global urban swell? One answer to this question is young people. Recent census data from the United States revealed that well-educated, ambitious young adults are increasingly choosing to call urban areas home. And this trend is not limited to the developed world.

These are the fastest growing cities in emerging markets that are leading the pack for urbanization, with an increasing number of young people relocating from rural areas in search of better work opportunities.

Employment – particularly in the garment industry in Bangladesh’s capital city – is one of the main drivers of Dhaka’s rapid urbanization. Known as the City of Mosques, Dhaka is the country’s commercial center and is home to a fast-growing middle class.

Jakarta is not just the most populous cities in Indonesia: it is home to most people of any city in the southeast Asian region and ranks among the most populous urban areas in the world. Its enormous population growth is fuelled by the shift away from an agricultural society, with many young people leaving farm life behind to find better employment opportunities in the city.

As the country’s cultural center and a major shopping hub, it is easy to see why an increasing number of young Filipinos are migrating to the Metro Manila area in search of greener pastures. The city itself is a tight squeeze: it is one of the most densely populated urban areas in the world, with 43,079 inhabitants per km2.

The country’s capital and economic center, Mexico City have always been a drawcard for young, upwardly-mobile adults. Like with many other fast-growing cities, this rapid urbanization has occurred as Mexico’s focus shifted from agriculture to industry. In total, about 80% of Mexicans now live in urban areas.

Karachi is one of the world’s fastest growing mega-cities (defined as cities with more than 10 million inhabitants). Even giving up the title of Pakistan’s capital to Islamabad has not halted Karachi’s population boom, as an increasing number of rural Pakistanis relocate to the city. 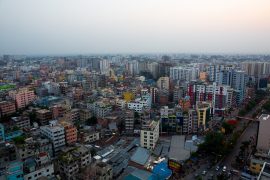 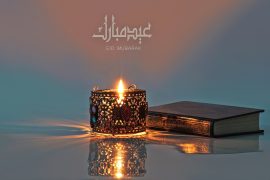 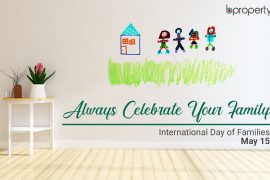 International Day of Families – “Families in Development: Copenhagen and Beijing + 25”