Dhaka was not the concrete mess in the past that it is today. With just a press of a button, you can find hundreds of pictures of Dhaka of the old days. A lot of things were different back then including people’s lifestyles, infrastructures, and the entire aesthetic of the city. But how were the houses back then? Particularly speaking, in the 60s. What colors did they use? What kind of motifs did they use and what were the priorities when building a house? Like these, there are lots of things that we don’t know or didn’t notice. So what did the homes of our past look like?

At that time, regardless of the home’s size, the majority of the houses featured a large veranda, open yeard or a garden. A small portion of the land was allocated for the garden. And there were different kinds of fruit-bearing trees and flower plants in the garden. People used to spend a major portion of their time in the yard. That is because most of the families lived together under one roof as a joint family. As the family bond was strengthened in it, the memories were also stored in beautiful moments. No matter where they spent their time all day, they always came together to spend time with their family. Verandas, on the other hand, were grand in size with no roof. Concrete railings were used instead of metal. That was the time when no one needed anything other than their family to create a cheerful home environment.

Compared to the homes that we live in today, fewer rooms were available in the homes of our past. One of the reasons why it was like that was because of the extended family tradition. All the family members were accustomed to living that way under the same roof. As the tradition of an extended family started decreasing, the rise of the nuclear family began. Today it is very rare to find a fully-functional extended family in the city. Back then, there were only one or two bedrooms in the house. If parents were living in the master-bed, the rooms beside it were for the children and the seniors.

“U” or “L” shaped homes were popular

Most of the apartments that we see today are square or some other geometrical shape. There is no consistency when it comes to the shape of the building. That can not be said about the homes of our past. In the 60s, people tended to lean more toward “U” or “L” shapes when it came to designing buildings. Be it a kitchen or a bedroom, all the rooms tended to be along the same line in an “L” shaped house. And in a “U” shaped house, the center yard was surrounded by all the rooms. Sometimes there was a yard at the front or other times it was a veranda.

Stairs of the house

Unlike today, people back then were not as blessed by technology. In the homes of our past, people used stairs all the time to go up and down. Normally stairs were constructed inside the house or at the corner of the house. With a maximum floor number of only four, residential buildings were not built very high. Most of the time, stairs were made without metal and the size of each stair varied in size slightly. Some stairs were very wide, some were a bit narrower. Back then very few people used to light the staircase so when night fell, the stairs turned into a playground for light and shadow.

Houses in that time were magnificent, gorgeous, and very design heavy. Sometimes you could see Mughal influence in the design. Also, there were variations in colors. A lot of houses kept the natural feel of bricks and kept flower pots at the entrance of the gate. 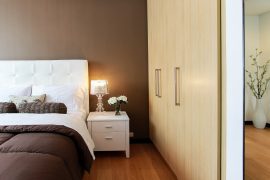 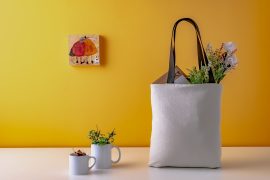 Decorating Your Home with The Spirit of Falgun 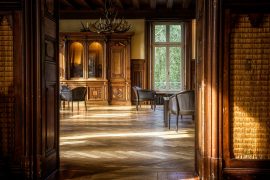 Different Types Of Flooring For Your Home – Part 02