To the chagrin of urban and regional planning experts, Bangladesh continues to construct gargantuan flyovers in what can be described as ‘putting a plaster on’ approach to dealing with the nightmarish traffic situation the country now experiences. Professors of city planning are disappointed at this myopic approach and argue for a drastic change in traffic demand management policies.

How do these  flyovers measure up?

A huge 1,238-km long flyover is to be constructed at Bhulta point on Dhaka-Sylhet Highway. After a tender process, a contractor has been selected by the Road Transport and Highway Division (RHD) for a value of Tk 240.05 crore. The winning tender was from China Railway 24 Bureau Group co. Ltd-Spectra Engineers Ltd at the lowest price among six bidders.Bhulta point is roughly 25 km from the Dhaka-Sylhet Highway—an area that suffers terrible traffic congestion.

This under construction flyover has come under attack from experts who suggest these mega structures will be a big burden on the city in future years. At a time when many countries are deconstructing their flyovers Bangladesh is going the opposite way; but is doing it in an unplanned manner at a great cost to taxpayers. Critics suggest that flyovers are not a solution to traffic congestion. Many suggest a better use of money would be to introduce a public transport corridor. It may have been a better idea to focus on making more efficient use of roads, waterways, and railways to solve the growing traffic problem.

Are flyovers really the answer…

It has been suggested that the government should turn their attention to building a better traffic management policy. Building a flyover relieves a bottleneck that will quickly be filled again exacerbating the problem. Flyovers also reduce the scope for a mass transit system and a bus rapid transit that would have a much bigger impact on the severe traffic dilemma.

A long-term solution would be to decentralize so people can avoid commuting to Dhaka. Draconian measures have to be taken to control the number of cars in Dhaka to support that goal non-motorised transport alternatives should be encouraged through government initiatives.

The Eskaton-Mouchak section of the Moghbazar flyover has just opened to the public. LGRD Minister Khandker Mosharraf Hossain cut the ribbon on the one-kilometer portion which connects Eskaton with Mouchak. The minister expects the rest of flyover to be July of next year. Dhaka residents welcome the latest flyover and hope that it will reduce the heavy traffic congestion in the area. The cost of the project is estimated to be Tk 12.19 billion. But it has not been all plain sailing and the projects has been criticised by town planners for having faulty designs and too many delays. 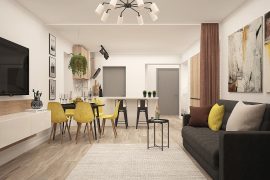 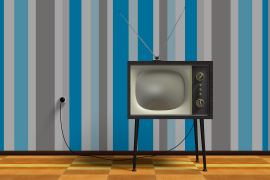 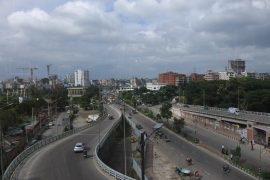 The Major Roads And Avenues Of Dhaka City – Part 2