Improving trends in the economies of emerging markets have encouraged investors to purchase luxury property. Real estate is booming in countries such as Sri Lanka and Mexico, for example. Smart investors are wise to look at luxury developments in emerging markets, but as with any investment, it is important to research the location and future market developments before committing.

The demand for luxury property is beginning to increase in the main commercial hubs of Pakistan as the country becomes more prosperous.  This demand is expected to increase further, as long as illegal activities are kept at bay. The greatest demand for luxury developments can be found in the larger cities of Pakistan; the Bahria Enclave Apartments in Islamabad is a prime example.

The apartments in Bahria Enclave are beautifully designed, with comfort, and peace of mind at the heart of their design. The government’s success in introducing innovative real estate investment trusts (REITs) into Pakistan has made the country much more popular with foreign investors. Investment opportunities in luxury property are now looking more favorable. In addition, a recently signed agreement between Pakistan and China will create an economic corridor, and this is likely to lead to an increased demand for luxury property in the region.

According to the Research Intelligence Unit, the number of luxury apartment units in Sri Lanka is expected to reach 6000 in the next three years, up from 2,657 units in Q3 2015. Noticeably, the skyline of the country’s capital, Colombo, has undergone a dramatic transformation in recent years. The growth of the country’s luxury property sector is the main contributing factor in creating the city’s new high-rise skyline. The Research Intelligence unit also highlighted that although the demand for luxury properties is centralized mainly in Colombo, new infrastructural developments in other emerging areas such as Kandy, Galle and Nuwara-Eliya is increasing the popularity of these areas.

In both 2012 and 2013, Jakarta topped the list as the fastest-growing luxury property market in the world, according to Knight Frank’s Prime Global Cities Index. Prices in the city’s high-end market increased by 38.1% and 37.7% during this period. The overwhelming demand for luxury housing was partly motivated by a growing number of high net worth individuals relocating to Jakarta.  In recent years, Jakarta has become less popular due to increasing land prices. However, Bali is still as popular as ever and the demand for luxury property on this island is booming. The only stumbling block facing prospective luxury property developments is a lack of available land.

The last few years have been tough for the real estate industry in Bangladesh due to a combination high lending rates, political unrest, and rapid urbanization putting pressure on the infrastructure in the major cities. However, there is a market for luxury accommodation in Bangladesh, mostly in Gulshan and Baridhara. The price of luxury property in Dhanmondi (one of the most affluent areas of Dhaka) bought 10 or 15 years ago is likely to have increased 5 or 6 fold since then, according to an article in the Financial Times.

However, there are not many luxury developments underway in Dhaka at the moment. Slowly but surely, properties not dissimilar to those in Hong Kong or Singapore are popping up, but large-scale luxury developments are held back by a lack of infrastructure.

Myanmar’s government has been implementing important reforms in recent years to make the country more attractive to investors, especially those interested in luxury property. The recent Condominium Law has enabled foreign investors to invest in high-end condos in the country and this has contributed to demand for property outweighing supply. Yangon is particularly popular with wealthy investors and in order to meet demand, new luxury development projects are regularly being proposed.

In the past, the luxury property market in the Philippines has been growing very quickly. It has slowed down a little, as there is now a greater focus on property aimed at those in the middle-income bracket. However, Metro Manila’s luxury homes are still highly sought-after, and this is the center of the country’s luxury property market. Ultra-luxurious properties are considered a safe investment in the Philippines. This is because the value of homes rarely (if ever) stagnates. In terms of long-term property, renting out a luxury condo can be very lucrative, especially given Metro Manila’s large expat population.

Mexico is an increasingly popular tourist location thanks to its stunning coastline and tropical climate. This increased popularity has caused the demand for luxury property near the coast to boom. The market is highly competitive because new developments are always under way. Cities such as Cancun, Acapulco and Mazatlán are particularly popular with those who are seeking a luxury lifestyle on the beach.

The most expensive areas to purchase property in Mexico include San Pedro Garza Garcia in Monterrey, Zapopan in Guadalajara, and Acapulco. According to Global Property Guide, “house prices in Mexico rose by 6.38%” in 2015. Now is a great time to invest in property in this vibrant country. 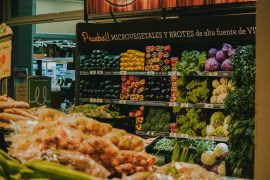 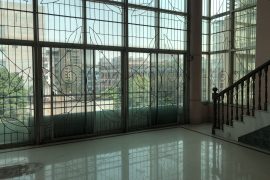 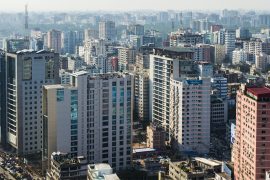