The existence of roads and their conditions are often considered as one of the key indicators of an area’s development and growth. Collectively not only do they function as a super network for stimulating economic development, but they also enable us to enjoy a multitude of social benefits and services. In that sense, the better the road in an area, the more developed the area is. This holds for most areas in the world. And Chattogram is no different. Being the second-largest city in Bangladesh, Chattogram is considered one of the better-developed areas in the country. The credit of which goes mostly to the roads encompassing all the major areas in Chattogram. In this article, we will take a look at some of the major roads in Chattogram and discuss what made them so important.

Plenty of businesses, from office complexes to service stations and restaurants have their offices established by this road in Agrabad. So on weekdays set our a bit early if want to reach your destination in time. This road also has the Dewanhat overbridge to reduce the traffic and houses Chowmuhoni square on its side, one of the busiest intersections in Chattogram and connected to Agrabad Access Rd.

This road extended from the Dhaka-Chattogram Highway at Pahartali to the GEC circle or the three-way CDA avenue intersection near Garibullah Shah circle. It slits through some of the prominent residential areas of Chattogram including Khulshi and Jhautola and connects Kotwali, Bakalia, and Sulakbahar to the rest of the city. And since many important roads and avenues stretch from this road, Zakir Hossain Rd plays an important role in directing a huge load of traffic into different parts of the city.

Zakir Hossain road also houses some of the most important healthcare and educational institutes on its side. Imperial hospital, Chittagong veterinary and animal sciences university, University of Science & Technology Chattogram, and Chattogram Diabetic general hospital can be found by the road. Indian Embassy is located by this road as well.

CDA Avenue is one of the primary highways of Chattogram. The road stretches from the Tigerpass circle to the eastern end of the Akhtaruzzaman flyover. This spans multiple important areas including the Lal Khan bazaar and connects Bakalia, Muradpur, Bahaddarhat, and Nasirabad to the rest of the Chattogram. Also, the Akhtaruzzaman flyover is built over this road, which plays a massive role in reducing the highway traffic coming from outside the city.

Four of the most important intersections of Chattogram including GEC circle, Bayazid Bostami Rd circle, Muradpur circle, Bahardarhat circle are located on CDA Avenue. However, what makes it one of the major roads in Chattogram is its direct connection with the national highway network. This is one of the two main highways in Chattogram (another one is the Zakir Hossain road) that is directly connected to the N1 highways or popularly known as the Dhaka-Chattogram Highway.

Port Connecting road extended from the same point as Zakir Hossain road but took a straight line, connecting the Bandar area to the national highway network. However, what makes it one of the major roads in Chattogram is its direct connection to the Chattogram seaport. That is to say, Port Connecting road is the primary artery for transporting goods in and out of the seasport. Also, the majority of the port traffic is directed through this road to the different parts of the country.

It is connected to the south-western part of the city through Mooring road. Apart from this, the road also hosts some of the busiest three-way intersections of the city. This includes the Alonkar road circle, Chattogram bus station circle, Agrabad access road intersection, and ou bazaar intersection. The road is also connected to Sagorika road, the primary route for accessing the Zahur Ahmed Chowdhury Stadium, the main venue for cricket in Chattogram.

Furthermore, M.A Aziz road is the largest intercity road in Chattogram if we consider it a single stretch of road. Many might argue that different stretches of this road are known by different names (e.g. sea beach road, VIP road, airport road). This road also connects South Halishahar to the rest of the city. Apart from that, it hosts some of the most important areas and intersections including Soltgola, free port, CEPZ, Navy hospital gate, Issa khan avenue gate, and so on.

Being one of the major commercial districts of Bangladesh, the port city is intertwined with an organized network of roads. They keep the clock of the economy ticking and give rise to a multitude of social benefits and services.

This is the first part of our two-part series about the major roads in Chattogram. Stay tuned for the next part and leave us a comment in the comments section below if you have any questions or suggestions. 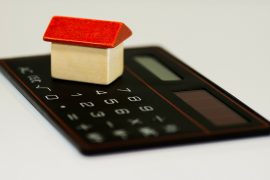 This is why you should invest in real estate 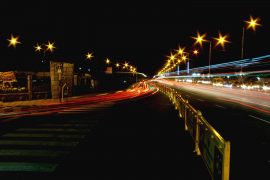 Life in the City- Dhaka vs Chattogram 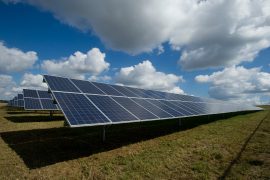 Solar Panels in Dhaka homes: are they being used properly