Breaking down barriers while reshaping the facets of tradition should be an aspiration of all future leaders. In the real-estate industry, Marina Tabassum functions as the perfect example. Independent architect and recent winner of the Aga Khan award, at the forefront of transition.

In fact, Bangladesh has the highest proportion of women in the workforce within South-east Asia. Findings conducted by the International Labour Organization’s (ILO) in the report; “World Employment and Social Outlook: Trends 2018,” stated female employment in Bangladesh has seen a 35% increase from 2008 to 2017. A good number but there is still a long way to go.

When we zoom in on the real-estate industry and look at the architectural set-up, the ratio of female to male architects is quite out of balance in Bangladesh. Statistics from the Institute of Architects Bangladesh (IAB) report in 2016 show the percentage of female architects who are full licensed members is 23.5%, which is low compared to the 76.5% of male full members. This is where Marina Tabassum’s disposition and contribution in the architecture game can be considered monumental as it opens doors for aspiring projects and female architects to walk through.

A firm advocate of climate, culture and history which she instills in her symbolically translucent structures, Marina Tabassum has entered the scene to redefine not only structural brilliance through her aesthetic designs, but to bring indispensable change to a country where typecasts are on the verge of being broken.

The first woman in Bangladesh’s history to have designed and facilitated a construction of the Bait Ur Rouf Mosque in Dhaka, Marina Tabassum took the first steps in reshaping ideals for an entire new generation. The Bait Ur Rouf Mosque, which lacks the appearance of traditional mosque structures, is a dome adorned by terra cotta brickwork, with light perforating sections insulated throughout the mosque. The Independence Monument (Museum of Independence) in Dhaka is another creation of Marina Tabassum, where she focuses heavily on aesthetics.

Iconic structures in Bangladesh have had a long history of male minds behind them, thus creating stereotypes in the architectural sector. For women who barely set foot in a mosque in Bangladesh and for Marina Tabassum to design one, is a big step down the line of something greater. Representation of such humble clarity in an intricate and complex architecture is a trademark of Marina Tabassum. By leading from the front, her works has the prospect of being the benchmark for women looking to shine in a sector where visions are not restricted.

Where art is a reflection of social imagery, Marina Tabassum is restructuring culture to defy norms and define a new Bangladesh. By bringing about positive change and paving the road for new generations to follow suit, Marina Tabassum’s inspiration takes form in the shape of empowerment, not just employment. 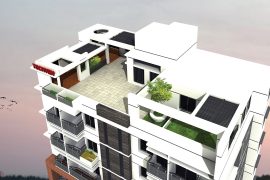 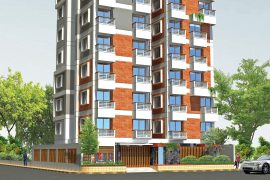 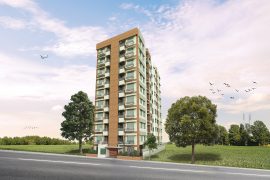