If you take every room in the apartment and individually asses their essences, you’ll find all of them hold separate meanings to you. The bedroom, for example, is your inner-sanctum where you can totally be yourself; and the living room is where you keep a more formal tone. Similarly, the bathroom in your home is where you wind down; refresh yourself after a day of work and activities. It is the ‘de-stress’ zone of your home. Letting go of worries and stress also becomes much easier when you are cooling off in a beautiful shower. As someone who’s passionate about showers and bathrooms, let me guide you to some beautiful and inspiring modern shower designs that are perfect for a stylish bathroom.

Let’s begin with a shower style that is most common; the enclosed frameless shower. Don’t let the word ‘common’ fool you into thinking that a frameless shower can’t be considered beautiful. In some ways, the classic design of this shower can be its most alluring aspect. Highlighting spaciousness and tile-work, this contemporary shower design can make even the smallest baths feel large. And if you are willing to spend some money on making the shower more captivating, go for a customized shower door. You also get the option to go for different doors for the frameless shower if there’s enough room. A frameless shower is simply a beautiful solution and one of the most outstanding modern shower designs.

Taking frameless shower design a notch further is the neo-angle enclosure shower design. This design makes use of a bathrooms corner by incorporating a five-sided shower that takes full advantage of every inch of space. The neo-angle shower design is heralded for its efficient use of space and being able to fit into any corner. While it might seem that you need to squeeze yourself to get in and out of the shower, the center door actually makes this a breeze. This design can also be either framed or frameless, depending on your tastes. This opens up the door (excuse the pun) to apply new more unique designs.

Minimalism is ‘in’ and people want to learn how they can have a minimalist home. So if you are trying to go for a minimalistic look for your entire apartment, surely the bathroom and the shower should also be in-line. But how would a minimalist shower look? Dark colors and a concealed shower is the way to go for this. First off, dark colors are not always a bad thing; it is one of the biggest interior designing myths. They can give your bathroom and shower a sleek look that can grab attention immediately. Secondly, if you are not familiar with a concealed shower, then you need to make yourself. It is the core of a minimalist shower. The hidden shower head behind various design elements makes it seem like water is raining down from the ceiling itself.

If you are like me, who enjoys a touch of green in your home and love to shower in the rain, then this shower style is perfect for you. Bring nature into your bathroom by making it resemble the outdoors. Bright lights, green or natural wallpaper, an exposed rain shower is all it takes to create your very own nature’s cove. The greenish wallpaper will make you feel like you are outdoors as water falls on you from above, rather than from an angle thanks to the exposed rain shower. Mixed together, you’ll experience a shower that is unlike any.

This is one of the more unique looking and modern shower designs out there in the world of bathrooms. While the majority of the designs have only one, or even two shower heads, this one has more than a handful. It utilizes a shower tower, equipped with as much as ten shower heads, to provide an intense experience. Each shower head sprays water onto you from several directions. And it’s not like there’s only one setting for water flow; you can adjust it according to your preferences. This type of shower style is usually a favorite of those who live an active lifestyle. The strong jets of water help soothe aches and pains.

While beauty lies in the eye of the beholder, the shower styles mentioned above can be appreciated by anyone who cares about their bathroom and shower. Every one of these designs is fabulous in their own way and can make your shower that much better.

What kind of modern shower designs do you want in your bathroom? Don’t forget to let us know in the comments section below! 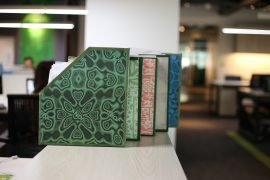 Organizers for your Office Desk 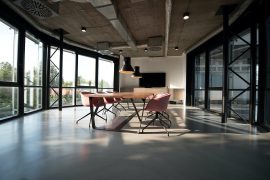 Changing the office space and meeting room in the pandemic 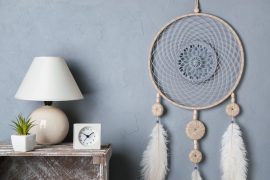