Nuhash Polli was the imagination of the renowned author, filmmaker, litterateur, and academician Humayun Ahmed which he turned into reality in 1997. The heavenly ‘village’ was named after Nuhash Humayun, the son of Humayun Ahmed. It lies deep within the jungles of Gazipur. Nuhash Polli is a small garden complex on top of 40 Bigha of land. Every individual needs solitude in life to accelerate mental strength encompassed by natural instincts. Henceforth, Humayun Ahmed, who was a solitary reaper, wanted solitude away from the humdrum of city life and built this magical world for himself so he could hone his craft without distractions.

The prayer room and the grave of Humayun Ahmed

At the entrance, there are some wide ranges of trees which were amongst the favorites of Humayun Ahmed. The eternal sunshine glares the pavement all around and the shade of the chestnut tree decorates the essence of the entire conundrum, where the prayer room lies beneath. The eye-catching green arena from the entrance creates an absolutely delightful integration of spontaneous feeling in visitor mind. There are about 250 species of medicinal as well as fruit-bearing and deciduous wild trees that enable a green activation to this place. After passing the chestnut tree, followed by three old endeared litchi trees, lies the eternal sleeping place of Humayun Ahmed.

Ahmed’s notable sculptures include a skull that has lost one of its teeth in the lower part of the jaw. There are also depictions of chess pieces as well as many other magnificent sculptures crafted by local sculptor Asaduzzaman Khan. Spectators get a glimpse of the impression of the Nuhash Polli by the sculpture, ‘Ma O Shishu’ at the entrance to Nuhash Polli.

A blend of thematic creation in nature

Humayun Ahmed enjoyed rainfall and moonlit nights. He created a room called “Brishti Bilash’ from where he could observe the pattering rain. The green yard was always kept clean and tidy to indulge Ahmed’s passion for watching the waxing and waning moon. At the extreme north end of Nuhash Polli is the “Leelaboti” pond, which was named after his daughter who passed away. A wooden bridge has been constructed over the pond. In the middle is a small island. A tent is placed on the artificial island in the middle of the pond. There are paved banks on both sides and plenty of coconut trees.

A building called ‘Bhutbilash’ was constructed adjacent to the pond while Ahmed was receiving treatment abroad. The last time he visited Nuhash Polli, he inaugurated ‘Bhutbilash’, hoping to behold a ‘ghost’, seated by the veranda of ‘Bhutbilash’ at midnight. He felt that he had an awestruck connection with ghosts and hence he created this to establish a primordial connection with supernatural entities. On top of a tree in the middle of a green field, there is a treehouse that is a place for the children and the adults to climb and spend time.

Nuhash Polli is located about 8 km east of the Hotapara bus-stand of Dhaka-Mymensingh Road. You can take a bus from Dhaka or Mymensingh through Sripur, Maona, Kapasia to Hotapur. Most paths in Pirozali village are lined with thick Shalforest. As a result, the path is filled with its beautiful play of light and shadow that welcomes passers-by, leading them towards Nuhash Polli, 25 km from Gazipur Sadar. The road leading to Hotapara from Chowrasta is quite long, but not once will it feel unpleasant. On both sides of the road are dense green trees, as if they are embracing everyone with open arms. You can reach Nuhash Palli easily by CNG, Auto Rickshaws from Hotapara Bazar. The entrance fee is BDT 200 and it is open generally from April to November.

Nuhash Polli is an imagination that Humayun Ahmed gave life to. The village was close to his heart, as it is to his followers, who adore and love him still. He spent a significant amount of time in his life at this place, including his last days in Bangladesh before he left us all. If you are an admirer of Humayun Ahmed, do visit Nuhash Polli in your free time. There is no arrangement for accommodation at Nuhash Polli. You can go to several luxurious resorts just beside this place in Gazipur if you are planning a stay. Do let us know in the comment section below, when are you visiting this place. Also, let us know about your experiences if you have already visited. 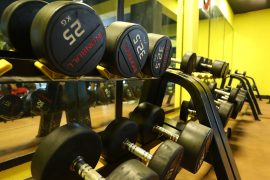