According to the World Health Organization, an ideal city to live in should have at least 9 square meters of open space for each resident. In Dhaka city, where 50,000 people live per square kilometer, that number is alarmingly low, just 1 square meter. From this one can guess the condition of the playgrounds in Dhaka city. A city with a population of this size should have roughly 1,300 playgrounds. In reality, the two city corporations have at most 250 playgrounds in Dhaka, even just on paper! In other words, there is a severe crisis of open space in this city where people of all classes, professions, genders, and ages would get to play and walk. Unplanned and unregulated, the city has developed multiple wards without a single field.

Playgrounds in Dhaka – Can everyone play there?

Although the Dhaka North and South City Corporations have about 250 fields on paper, the reality is that the lion’s share of the public is not allowed to enter most of these premises. Most of them are under the supervision of various institutions, cultural or service organizations, or colonies. As a result, only a small collective of people are allowed to use them. The number of open playgrounds in Dhaka where the general mass can enter and play a variety of sports is only about 50. 50 fields for 20 million people, talk about an imbalance! And outside of that, there is the matter of field occupation. Gulshan, the most elite area of ​​Dhaka, once had a separate field on each road which no longer exists. At different times these fields have been occupied, and subsequently allotted to residential buildings.

A very common complaint among many parents in this age group is that their children are either too frantic or too introverted. They are dead against keeping the house tidy, and reluctant to make acquaintance with new guests in the house. Some many children or teenagers do not pay much attention to anything. Many children’s attention and their whole world are confined to the screens of their phones. Their childhood spends in playing games and watching YouTube on their phones. There are also examples of teenagers going astray after getting addicted to tick-tock, free fire, and PUBG.

Parents are worried about all these issues, and actively trying to determine the solution. However, many psychiatrists believe that these problems would not have arisen if there were enough playgrounds available. The playground is not only a place for physical exercise but also a great area for mental development! Along with sports, there is a lot to learn from the playground, to communicate with others, and to live, which is never possible to learn from a digital screen while staying confined to four walls.

What do urban planners think?

Do playgrounds have to be wide-open with wilderness on the horizon? Experts say – no. And it is not realistic in urban life. According to urban planners, playgrounds in Dhaka do not have to be very large, if there are small open spaces in the area. A place that will not be reserved for a certain number of people. Rather, people of all ages, genders, and professions can play sports and walk there.

Although many modern housing projects do not currently have such ample space, we can hope that architects will begin to take this issue seriously. They are now designing the project in such a way as to ensure maximum utilization of the allotted space. In the design, they are trying to fit a playground first. The rest of the place is being planned for seating and playing areas for different ages.

This Dhaka of ours is plagued with various civic problems. Henceforth, we need concerted efforts to make this city livable and ideal for future generations. The dire necessity is to reclaim all the already occupied fields. Real-estate developers need to allocate fields on a priority basis in the upcoming new projects. There is no substitute for us if we want to give the next generation a childhood to remember. 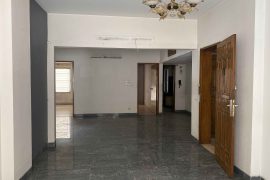 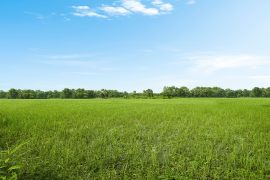