With the introduction and rapid development of communications and information technologies, Bangladesh has witnessed an immense growth in the emerging market for electronic gadgets, smartphones and home gadgets. With a vision to have a Digital Bangladesh in the near future, wider use of these gadgets in important sectors such as health, education and transport has been taking place. However, these rapid improvements in technologies have created uncontrolled and unnecessary replacement of electronic equipment. As a result, this leads to millions of tons of electrical and electronic equipment waste.

These discarded electrical or electronic devices have reached the end of their “useful life”.

In addition, used electronics that are destined for reuse, resale, salvage, recycling or disposal are also referred to as e-waste. Thus, proper electronics recycling programs and mass awareness programs regarding this issue need to be established.

The recycling of disposed electronic equipment in our country is primarily handled by the informal sector. There are four primary steps in the recycling process: collection, segregation, dismantling and recycling.

At first, the households and offices, often called the “generators” of e-waste, store their used or discarded electronic appliances. Then the informal scrap collectors, often seeing roaming around in the streets of the cities, buy these e-wastes directly from the generators. The scrap collectors then have the option to either sell them to the second hand market if the equipment is in a good condition, repair and sell them to consumers and shops, or sell them in bulk to collectors and dismantlers. Once dismantled, these components of the various e-wastes are sent for further processing, recycling and smelting activities. Finally, valuable and special metals are extracted from the components and recycling takes place.

So how exactly is this affecting us?

The manual dismantling and recycling involves harmful processes such as open burning and acid treatment. E-waste contains thousands of harmful chemicals, many of which contain lead, toxins and are hazardous elements. If they are not properly disposed or recycled, these e-wastes have high associated risks of contamination of air, water and soil as well as human health.

The Environmental and Social Development Organization (ESDO) conducted many surveys with stadium market, IDB Bhaban and various repair shops and retailers. In case of televisions, it was revealed that almost 50% of the e-wastes from televisions were sold out as generated waste while about 30% is dumped in landfills. To make matters worse, in case of computer sets, 60% assemblers dump the e-waste in storage and dustbins while the others often dump e-waste anywhere and everywhere, including the slums of Dhaka that are home to thousands.

In Bangladesh, more than 15% child workers die carrying out e-waste recycling activities, while about 83% were exposed to harmful substances, becoming sick with long-term illnesses. Recent studies by ESDO revealed that over 50,000 innocent lives were involved in these dangerous processes of e-waste collection and recycling.

However, not all hopes are lost. We have a lot to learn from examples set by many countries all across the world, who are dealing with the problem of recycling e-wastes. Being a widespread problem in European countries, the issue of e-waste has been addressed there with the implementation of various new legislations. There are laws aimed at reducing the accumulation of used and discarded equipment in landfills, as well as laws for the eradication of hazardous substances while manufacturing electronic gadgets and appliances. Asian countries such as Japan, Taiwan and South Korea have also set good examples by ensuring proper e-waste management in the early 2000’s. In Japan, consumers are even asked to pay fees while dropping off their used appliances at retails stores or collection centers. This also encourages consumers to reduce their generation of e-waste through good maintenance and repairing.

With the introduction of smart technologies, more people in our country are shifting to new electronic equipment and discarding their old ones. But we must also prepare ourselves for the alarming consequences accompanying this modernization. Only with the help of proper e-waste regulations at the national level, mass awareness among the stakeholders regarding recycling of e-waste and a self-sustaining e-waste management can we deal with this problem effectively and efficiently. 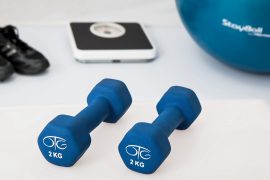 Steps To Creating Your Own Home Gym 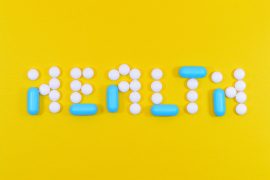 5 tips to boost your immune system during quarantine 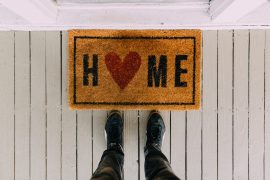 Making The Most Of Staying At Home