We all watch movies and TV shows, even when they’re not all that good. But when we do see something that we truly like, we keep watching it over and over and some even go out of their way to find out everything about the film like cast, crew and locations. Our article today is about massively popular titles like Home Alone, The Godfather and Breaking Bad. Let’s take a look at where these movie properties are or if they even exist at all!

It’s difficult to find someone who didn’t laugh themselves silly watching 1990’s Home Alone movie. When everyone leaves for the winter vacation, the youngest son, Kevin, gets left stranded at home; exactly when two robbers decide to get into the house. This plot is what created such a great comedy movie. It’s great to know that the crew decided to go with a real house to shoot this movie. This 4250 square feet home in Illinois became incredibly famous after the release of the movie. The house is very close to Lake Michigan and was sold in 2014 for 1.58 million US dollars. The movie property is now a personally owned home and you’ll have to suffice with just seeing it from the outside now. It probably wouldn’t look the way it did in the movie anymore anyways.

Mario Puzo’s Godfather has been depicted on the big screen by incomparable actors like Marlon Brando and Al Pacino. Released in the 70s, it’s considered one of the best movies of all time and that’s why people are absolutely fascinated by the movie home. Was it a real house or just an elaborate movie set? It’s great to know that it was in fact a real house. A couple of sets were created for the movie, but Corleone’s house was real. In fact, you can still see it today in Longfellow Avenue in New York where took place that opening scene to start it all. Even if you don’t want to step inside for a glass of milk, you can check out the street view of The Godfather’s house location. The house, over 6000 square feet, is now worth nearly 3 million dollars.

“Yo, yo, yo! Jessie Pinkman here!” The characters of Jessie Pinkman and Walter White have catapulted Aaron Paul and Brian Cranston to legendary heights in the wake of the Breaking Bad series. Even though scheduled for California, the show ended up being shot in Albuquerque. This city in New Mexico has become hugely popular thanks to the show. And if you follow this Google link, you’ll even get to see where many of the series’ shots were taken.

And it goes without saying that movie properties like this become incredibly famous. But the owners of that house have begun to face a very weird problem and they’ve planned out a barricade for the perimeter of the house. You’d definitely not appreciate being told to move out of the way when a stranger wants to take a selfie of themselves with your house and you not in the frame. The owners really don’t like this side of owning the house.

For nearly 15 years ‘Speedy’s Sandwich Bar and Café’ has been owned by Chris Georgiou. It’s not that his shop wasn’t doing well, but in 2010, it exploded in business. What happened in 2010? In 2010, BBC brought to the screen the whole new adaptation of Sir Arthur Conan Doyle’s immortal creation, Sherlock Holmes. And the flat that Sherlock (Benedict Comeback) and Watson (Martin Freeman) shared – where all of Sherlock’s clients would come with their cases, the famous 223B Baker Street – was assigned to ‘Speedy’s Sandwich Bar and Café’; how could it not become famous? Even though the café is about a 30 minute walk from the famous story home, people have started to consider it the home of Sherlock. The difference between most movie properties and this one is that since it’s a café, you can easily step inside and have a look for yourself. If you’re a Twitter user, you can always follow Speedy’s Café, handled by the owner’s daughter.

Right now in the movie world, the Marvel Cinematic Universe (MCU) is reigning supreme. Just a while ago Marvel’s Avengers Endgame became the highest grossing movie of all time. The MCU started its journey in 2008, and the movie was Iron Man and it’s only natural that people would remain fond of the movie. But one of the reasons the movies are so popular is also the reason for so much frustration. Tony Stark’s, or Iron Man’s, ‘Stark Malibu Mansion’ does not exist in real life! Most of it was done with special effects and CGI. But the view from the place and the crashing waves below make it hard to believe that the place isn’t real. But movie properties normally have real references so the location had to have been inspired by someplace. There’s a great conversation on this Quora thread about just that.

We should also mention that an identical place does exist. This amazing place in the semblance of the Iron Man mansion is in California and is called ‘Razor House’ and was sold for 20.8 million dollars or about 170 crore Taka. The 11 thousand square feet luxury house was designed by San Diego architect Wallace Cunningham.

We hope you liked today’s article on series and movie properties as much as we did researching them. Tell us your thoughts and if you really liked it, we might make a sequel to the article! 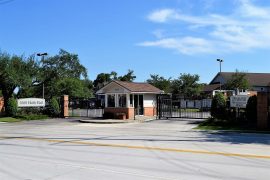 Benefits of living in a gated community 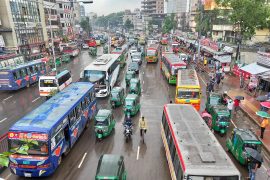 Current Status of Public Transportation in Dhaka City and Some Alternatives 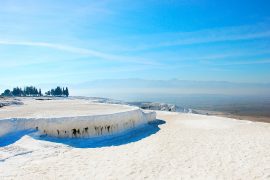 The Weirdest Natural Wonders Of The World