Buying your first apartment is a milestone that will have a significant impact on the rest of your life. The location of your first home should be carefully considered. With four key criteria—affordability, leisure activities, availability of houses, and ease of getting a job, we have identified six cities across the globe where you are better off buying your first place.

The capital city of Indonesia—one of the world’s biggest metropolises has received a lot of positive attention over the past three years and is now considered a true tech city. At $2,687 per square meter, a prospective buyer can snap up an apartment in the city center right at the heart of the action. With Ancol beach to catch sunsets on and a number of amusement parks—Jakarta gets a high leisure activity rating.

Moreover, the construction industry is booming in Jakarta and in many cases, you can find a newly built dream apartment relatively easily. Finding a job shouldn’t be too hard either with a thriving startup scene and good support from the government.

Although a city center apartment in United Arab Emirates’ most populous city will set you back on average $4,791 per sqm, the salaries on offer are much higher than any of the other cities on this list. With the world’s tallest building—Burj Khalifa—and countless shopping malls, leisure pursuits are second to none in Dubai. There are also a number of international schools with English teachers for expatriates. In addition, Dubai’s unemployment rate is the lowest in the world at 0.3 percent making it an attractive proposition for young professionals.

At an average price of $1,686 per sqm for a city center apartment, Mexico City is very affordable. Unlike many other countries, the Mexican market is not driven by speculators. There are plenty of developers making it a highly competitive market. Furthermore, there are many new apartments being built, which keeps prices down. Interest rates are comparatively low in the social sectors, due to government subsidies. This gigantic city of 30 million seems to have countless neighborhoods but most visitors will restrict themselves to the glamorous environs of Polanco, Roma, the historic center and Coyoacan.

In upmarket Polanco bordering Chapultepec Park, you’ll find Mexico’s answer to Beverly Hills. Hipsters and the trendsetters call Roma Norte and Condesa their home, vibrant as it is with smart restaurants, cafes, and shops. Mexico’s unemployment rate is predicted to decrease to 3.77 percent by 2020; partly due to Mexico being dubbed the next Silicon Valley.

Yangon, the biggest city in Myanmar is changing incredibly fast. Nature lovers will enjoy the city’s stunning lakes, leafy parks, and tropical trees. This is why it is dubbed ‘The Garden City of the East’. To get your hands on a nice apartment centrally located you will require an investment of $3,200 for each sqm. In terms of jobs, starting in 2011, the country witnessed a tech revolution. In just one year between 2011 and 2012, the number of people with mobile phone subscriptions almost tripled. Between 2012 and 2016, this has risen by nearly nine times. Many jobs have been created and tech professionals are moving in their droves.

For the very affordable price of $1,745 per sqm, you can acquire an apartment in the city center of this burgeoning metropolis in the Philippines. Between ancient Spanish citadels and an amazing culinary scene, residents are never bored so we give Manilla an excellent rating for leisure escapades. In terms of jobs, the government is placing a high emphasis on creating a startup ecosystem in order to attract foreign entrepreneurs. The Philippine startup scene is still in the early stages despite the existence of many startup accelerators, innovation hubs, some venture capitalists; the ecosystem faces many barriers but the future looks positive.

At just $1,054 on average per sqm for a city center apartment, this Pakistani city is the most affordable on our list. With exquisite local food and any number of historical monuments, those who move to Lahore are spoiled for culture and history. The city is home to several large parks and gardens—the Shalimar Bagh being one of the foremost. Although still very much in the nascent stage of development, it can be said that Pakistan’s technology industry is one of the shining beacons of the country. Some very exciting, high potential startups have been founded in the past few years creating lots of tech-related jobs and really putting Pakistan on the tech map. 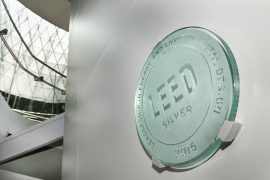 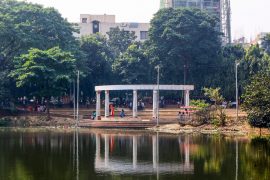 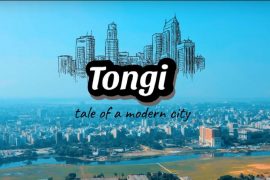