From atmospheric mosques to scintillating urban photography the winners of this year’s Sony Photography awards were more impressive than ever.

Winner in the open architecture section

This year’s winner in the open architecture section was Tim Cornbill. As Tim walked through Berlin on a bright summer’s day, he came across a large concrete building. He was immediately struck by its geometry and scale. Across the river Spree, he positioned himself for a single point perspective and waited for the right moment to capture it. A couple came into the viewfinder and he noticed the cyclist out of the corner of his eye. He waited for them to move into the frame and hit the shutter to try and balance the composition. A good shot is one part luck one part skill one part timing.

There were some fantastic winners and runners up in the national awards section—Indonesia. This one by Amri Arfianto captures the Sheikh Zayed Grand Mosque Abu Dhabi in an impressive black and white shot.

Emma Mohammed claimed second place in the Qatar national section with an atmospheric depiction of an ancient ruin.

Third in the professional section

Scooping third place in the professional awards was Diego Mayon. Prostitution is legal in Greece, but there are different kinds and the top class is called a studio as pictured above. These brothels are easily recognizable by a pink neon sign with the word studio at the front door.

Second in the professional section

Julien Chatelin came second with his China West photo. The pace of economic development in China has heralded a period of unparalleled transformation. He focused on the declining space between nature and urbanisation which illuminates the process of change.

First place in the professional section

The outright winner was from China with a photo that captures urban form and minimalist architecture breaking the old structure into different shapes like squares and triangles. It appears almost like a game- a visual exploration of breaking the rules. This is the deconstruction and reconstruction of the urban space. 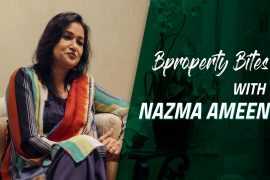