If you live in Bangladesh and you have an interest in art, you will be familiar with the name SM Sultan Shishu Swarga. While his name is a masterpiece of alliteration–his paintings are masterful works of art. Born in 1923, SM Sultan is recognized as a preeminent artist of his time, with his depictions of Bangladeshi peasants, giving a voice to the working class. The news that his art learning center in Narail is at risk of closing due to a lack of teaching staff has been met with great disappointment from the local community.

At one point in his life, Sheikh Mohammed was on the path to becoming a mason following in his father’s footsteps. But the urge to become an artist was always bubbling under the seams. Sultan came from a modest, working-class family in Machimdia village, in the Narail District. He desired to study art in Calcutta but his family didn’t have the cash to fund his studies. He managed to secure funding, and at this point, he was on the road to becoming a great painter.

Meeting the established art critic Hasan Shahid Suhrawardy was a turning point in the young painter’s life. He was restyled to S.M Sultan, a name that fitted better as a signature on the bottom of his paintings. The critic provided digs for the aspiring painter and acted as a patron. Leaving art school after several years, he went traveling around India and drew portraits of soldiers. His first exhibition took place in Shimla India in 1946, a solo presentation which was met with great acclaim. Unfortunately, none of the work from this stage in his career remain.

Sultan visited the United States in the early 1950s after being selected by the Karachi government, to take part in the esteemed Institute of International Education’s art program, for promising young non-native artists. After some time in America and later briefly in London, he returned to teach art in a Karachi school. Spending a number of years on the road allowed him to see the world from a different perspective, but his heart was always in Narail, where he returned to in 1953.

Ever the romantic, he took up residence in an abandoned house on the Chitra River. He lived alone, with a group of animals. It is said that he trained the animals to fill up his paint pots and wash his brushes, but this is unsubstantiated.

For twenty years he lived close to nature and far removed from the close-knit circles of the Bangladeshi art world. As a result, he was considered reclusive and a bohemian. Sm Sultan’s paintings took influence from Impressionists, his oil paintings were executed in the impasto style of Van Gogh.

Sultan did some of his finest work in the decade between 1970 and 1980. His first major exhibition took place in 1976 in Dhaka, which showcased his major works. Later he had a big exhibition in the Museum of Fine Arts in Fukuoka, Japan, in 1980. His subjects are described as:

“These people who lived close to the soil, who bore on their shoulders the burden of civilization did not appear to Sultan to be weak, debilitated, starving creatures who deserved pity and sympathy. Quite the contrary, he saw their bulging muscles, their vigorous torso, their overpowering vitality, their well-rounded buttocks, and swelling breasts ready to come to grip with life”

Abul Khair founded the Bengal Foundation with the mission of projecting a culturally rich vision of Bangladesh as a remedy to the struggle and strife that the country basks in.

The foundation plays a key role in the cultural arena of Bangladesh. The chairman is quoted as saying:

“There can be no better means of ensuring a bonding of people, of bringing them together, than through cultural exchange”

The foundation houses an extensive selection of Sm Sultan pictures and paintings. ‘Going Uphill’ and ‘Ploughing’ are the most well known. Housed also, are dozens of SM Sultan’s artwork, character portraits, and landscape paintings. The foundation also hosts various exhibitions which feature his art. The ‘Artistic Musings of the Greats’ was held in 2014, featuring 54 artists including S.M Sultan.

The great landscape artist’s most memorable works include: 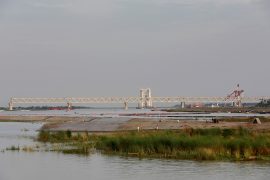 Padma Bridge: A Beacon of Hope for the South-western Districts in Bangladesh (Part 1) 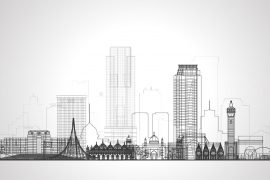 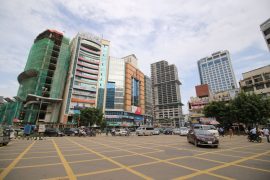