This week, the nation will celebrate its 49th Victory Day and pay homage to the martyrs who made the supreme sacrifice for our country. Their resolve, determination and struggle made attaining victory possible and create a new nation, a ‘Bangla nation’. Without their sacrifice, the entire existence of our beloved Bangladesh wouldn’t have been possible and we would have surely lost our culture, tradition, and identity.

Our victory day, or as we call it “Bijoy Dibosh” is a testament to the 9-month struggle of the people of the country; Which is why the occasion is celebrated nationwide as well as worldwide in various Bangladeshi communities.

The liberation war in 1971, happens to be one of the most violent wars of the 20th century as the nation witnessed multiple acts of brutality on a massive scale. Although, the craving for a sovereign nation sparked long before 1971. It all started on 11 March 1948 when Muhammad Ali Jinnah declared that “Urdu, and only Urdu” would be the federal language of Pakistan. Following that speech, the language movement broke out in protest of that declaration. The movement reached its climax in 1952, when on 21 February, the police fired on protesting students and civilians, resulting in several fatalities.

Several similar incidents and clashes like this only flamed the Bengali people’s desire and resolve to be free from the tyrannic overlords and led to a war breaking out which lasted for nine months after the declaration of Independence by the Father of the Nation, Bangabandhu Sheikh Mujibur Rahman. And finally came to an end on this day in 1971 when the Pakistani Army Commander Lieutenant General Amir Abdullah Khan Niazi and 93,000 troops surrendered to the commander of the joint forces of the Indian Military and the Mukti Bahini, Lieutenant General Jagjit Singh Aurora, by signing the official documents of surrender. The Pakistan Army laid down their weapons at Ramna Race Course (now known as Suhrawardy Uddyan), and with a stroke of a pen, a new independent nation was born.

The importance of ‘victory’ is truly understood who have been oppressed as a sovereign country and nation,  Victory Day is unequivocally special to us. This is one of those special anniversaries that combine a shared emotion of both joy and sorrow – sorrow for those who sacrificed their lives, the joy of those who survived and the delivered our freedom, our future. This and other days of commemoration provide crucial opportunities for us to unite as a nation and reinforce the country’s united sense of pride and destiny.

However, the happenings following the victory have greater significance for the nation than the victory phenomenon itself. After all, if freedom and independence are hard to attain, the expected windfalls from independence are even harder to pull off, especially that of achieving prosperity for the citizenry and safeguarding the integrity of the country.

Every year, an array of events are planned as a means of celebrating this day and paying homage to those who sacrificed their lives for the country. Different socio-cultural institutes, educational institutes, and political parties participate in different programs to mark this day.

The Victory Day program usually begins with a 31 gun salute at the National Parade Square. After which the Armed Forces put on various displays. The national flag is hoisted high in governmental, non-governmental and even in residential homes as an act of respect and remembrance while people from all strata make their contributions. Usually, after morning time, the National Martyrs’ Memorial (Jatiyo Smrity Shoudho) is open for public visitors. Moreover, national TV channels broadcast special programs are created solely for this day, special prayers are offered in different houses of worship, and special menus are served in hospitals, orphanages, and prisons. Initiatives like taking indigent children to visit children’s parks and recreational centers are also taken as a token of celebrating the joy of our victory. In recent times, Victory Day is celebrated in a more elaborate manner with large gatherings, fireworks and such.

Victory Day is the day of remembrance, a day of recollection. People from all walks of life come together to commemorate the day and pay homage to all the martyrs. This is our legacy which has been upheld by generations and hopefully will be signified even more by the next generation in the future. 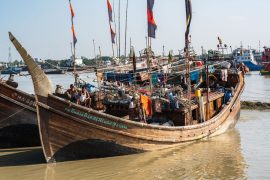 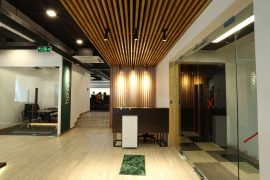