When talking about winter, we don’t refer to it as drab or extremely cold nowadays. It is a festive season, filled with magic and wonder. And in different parts of the world, the onset of winter is celebrated differently. In some places, they celebrate with winter pies and cakes, and in other places, they create snow sculptures. But in some places, these winter celebrations can be somewhat unconventional. In today’s article, we will be taking a look at some of the weirdest winter festivals in the world.

The world’s largest ice and snow festival is hosted in Harbin, located in the northern part of China. Temperatures drop to -12°C in the month of January, making it the perfect time to host such events. At this time, the lake at the Jingyuetan National Forest Park completely freezes over in the snow. And the Songhua River, which goes through the city, also freezes to a depth of 1 meter. From these places, thousands of tons of ice are collected, from where it is then transported to the exhibition venue by sleigh. Only after that can the festival truly begin.

In this winter festival dedicated to ice sculptures, you will see over 10,000 of them. These sculptures start off as a single large block of ice, and then they are transformed by professional sculptors using different equipment. When the festival started in 1985, electric equipment wasn’t available for ice sculpting, so sculpting was a very difficult task. It is still very difficult, with temperatures dropping to -12°C. But still, these sculptors go on with their work, creating beautiful works of art out of ice. You will see everything, including lifesize sculptures of mythical characters, animals, old forts and castles, and even large railcars! After the sculptures are completed, they are lit with colorful lighting.

In this festival, there are different sections where you will find different exhibitions. For example, in the ‘Ice and snow world’ section, you will see some of the most outrageous ice sculptures ever built in the world. At Zhaolin Park, you will see an assortment of ice lanterns. There’s also a snow museum at the festival. Many people come to visit the festival just to get married. There’s also an ice swimming competition, alongside skiing and ice skating facilities.

This festival can truly be called one of the weirdest winter festivals in the world. Called Frozen Dead Guy Days, the festival, held in Nederland, Colorado, celebrates the cryopreservation of Bredo Morstoel, which was a controversial event in the town. The festival, which is celebrated on the second weekend of March, features live bands and fairs. There’s also the famous coffin race, ice water diving, and frozen t-shirt contests. The preserved body of Bredo Morstoel is still preserved at a house called the Turf Shed in Nederland, Colorado.

The Busójárás is a winter festival of the Šokci people, and it is held in Mohacs, Hungary. It takes place right after the festival season, in February, and features scary Busó masks, which are a hallmark of the festival. There is a lot of singing and dancing in the festival. In 2009, the festival was listed on the Representative List of the Intangible Cultural Heritage of Humanity of the UNESCO.

The festival has a few origin stories. Some say that, during Ottoman rule, the Šokci people of Mohacs ran into the forests to escape the mighty Ottoman Army. One day, an elderly man came to the forests that they were hiding in, and predicted better days for the people of Mohacs. But for that to happen, a masked soldier will come to them, and they will have to put on masks themselves and go to war. And it happened  – that masked soldier led the people of Mohacs in a battle against the Ottoman army. The Ottoman soldiers, fearing that they were demons, ran away from them. And to celebrate this victory, the festival of Busójárás was created.

There are others who say that the masks were used to ward away the evil forces of winter. And currently, it is celebrated as such. The people of Mohacs also invite guest Busó teams from other countries where Šokci people are located, including Slovenia, Serbia, Croatia, and Poland. The history behind the festival, as well as the uniqueness of the Busó masks, makes Busójárás one of the most unique and weirdest winter festivals in the world.

This contest is held at a resort located in the Tahini Hot Springs in Yukon, Canada. Here, the contestants have to freeze their hair and style it. Temperatures can drop to -20°C in the Yukon region in Canada, so this competition is not for the faint of heart. In this contest, you have to first dive into ice-cold water. After coming out of the water, your hair and beard will start to freeze. Once it freezes completely, a photo of your frozen hair and beard will be taken, and the person with the best looking frozen hair will win the contest. This contest is also accompanied by food and music.

The festivals mentioned above are diverse and different, but all of them can be considered to be some of the weirdest winter festivals in the world. If you know of any other weird winter festivals, let us know in the comments. 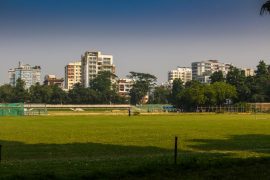 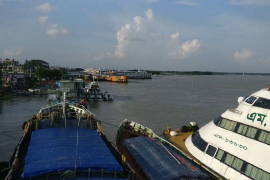 Why I Love: Barisal 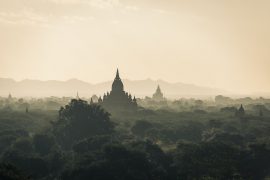