According to McKinsey Global Institute, addressing the worldwide shortage of affordable housing could cost $16 trillion by 2025. Of the top 50 cities facing an affordability gap, New York tops the list. Mexico City is the 15th hardest place to find a reasonably priced home, Dhaka (Bangladesh), and Manila (Philippines) also make the list.

Home builders and owners are starting to think laterally in reaction to the shortage of available space. Tiny homes or ‘micro homes’ are growing in popularity. But it is not just the global housing crisis that is driving the small house movement. Some people are moving for economic reasons, green living, simpler living, and the shared economy is making ownership of equipment less of a necessity. Bproperty has taken a look around and discovered some of the most inspiring micro homes across the planet.

Christopher Smith and his partner decided they had had enough of city living and decided they would live in a 124 sft mobile in the middle of nowhere. It has a small galley kitchen, a sleeping loft and for storage, they use built-in bookshelves. Their documentary is called “A Story About Living Small.”

Renzo Piano famed for London’s Shard has recently turned his attentions to micro homes. ‘Diogene’ is a prototype for a tiny house built for Vitra—a German furniture company. Amazingly, it collects, cleans, and reuses water, and supplies its power through solar modules. The house is just 79 sft.

Marco Pierazzi knew there was some magic he could perform on an abandoned, alleyway house just a short stroll from the Pantheon in the capital city of Italy. As a skilled architect and designer, he bought it, renovated it and, for a while, lived in it. He now rents what he describes as the smallest house in Italy to tourists looking for simplicity in a prime location.

Small Chinese home on a tricycle

In Beijing, China, the average rental price in an expensive area is $2,081 per month according to Expatistan.com, it’s no wonder then that people are taking to wheels. The Beijing People’s Architecture Office has built a home so small it can be folded up and carted on the back of a tricycle. The bed becomes a dining table; the countertop transforms into a bench for seating. At just 33 sft, you can take it anywhere.

In Berlin, Germany, the architect Van Bo Le- Mentzal has put together a home with just enough room to lie down. It is more of a thought experiment than a solution to economical housing, and it’s definitely more suitable for a hamster than a human. Hopefully, no human will ever have to live in something like this. At just 11 sft, it tops our list of the world’s tiniest houses. 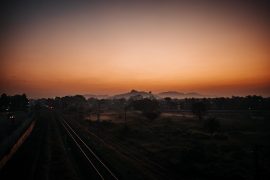 Places to enjoy winter in Dhaka 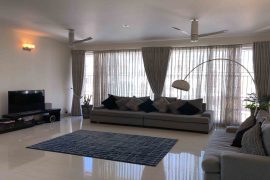 Properties of the month – November 2020 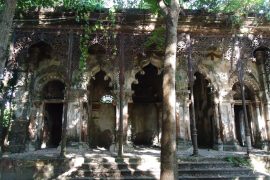 History of architecture in Bangladesh: A golden past