Imagine for a second; you are on your way to Maghbazar from Badda to look for some home essentials. However, instead of travelling for nearly two hours, it takes just 30 minutes, and instead of slowly moving through the jam-packed streets of Dhaka, you are enjoying a gentle, fresh breeze. This is what makes Hatirjheel and its water taxi transportation service so popular; a way to bypass traffic in Dhaka.

Areas around Hatirjheel have some of the busiest roads. The initial Hatirjheel project plan was designed to connect different parts of the city and help commuters travel with ease. Introduction of water taxis has not just achieved that goal but has exceeded expectations. Today, it is one of the most popular shortcuts to avoid traffic if you are lucky enough to live nearby.

Let’s take a closer look at this fantastic transportation service, and how it can help you beat the traffic in Dhaka.

A Blessing for Commuters

Hatirjheel holds a unique position within Dhaka. It is surrounded by Badda, Rampura, Tejgaon, Gulshan, Niketon, and Bansree; all of which have building projects around Hatirjheel. A vast number of people commute from those, as well as from nearby places. So, people who own an apartment in Banasree but have to commute to Mohakhali for work needed to go all the way around Badda and Gulshan to reach their destination, which could take hours.

The launch of the Hatirjheel water taxi service presented an alternative course away from all the traffic. Each of the four landing stations is easily accessible from major junctions. People from Gulshan 1 and Badda Link Road area can get on water taxis from Gudaraghat and travel to Tejgaon in just 20 minutes. And those who are travelling from Karwan Bazar or Tejgaon can use the FDC area terminal to reach Gulshan 1 or Rampura. Rampura, Banasree and even Merul Badda dwellers have easy access to the Rampura landing station, which they can use to reach any of the Hatirjheel’s surrounding areas. Residents of Niketon can cross the Hatirjheel Lake in less than 8 minutes from the Police Plaza terminal.

For commuters to cross such distances in mere minutes is nothing short of a blessing in their daily travel. With a shade over their head and surrounded by water & greenery, weary people can relax before their busy life resumes.

Even though the primary goal of the Hatirjheel project was to help people bypass traffic congestion, the government was unsure about the demand for such modes of transportation. Since there was already a bus service for navigating Hatirjheel, they decided to start small. At its inauguration, the water taxis had three routes; one from Gudaraghat to FDC area, one from Rampura to FDC area and the last one is from Rampura to Gudaraghat. A traveller has to pay 30 BDT, 25 BDT and 15 BDT, respectively. You can also go on a round trip for 90 BDT only.

However, the overwhelming popularity of the service led to another route opening this year. The newer course goes from Gulshan Police Plaza to Rampura, connecting four sides of the Hatirjheel Lake. An individual would have to pay only 10 BDT for this passage. The price of transport is relatively low compared to the distance.

The transportation service has seen quite a few upgrades in its short tenure. It started out with just four boats that could carry twenty people each. The government started to roll out additional vessels soon after to cope with the ever-growing demand for transportation. Today, fourteen taxis ferry travellers across, day and night. You can cruise the water anytime between 6:00 am to 10:00 pm, any day of the week.

The boat sizes have also been through some changes. Bigger vessels were needed to meet the growing demand of the people. Crafts that can carry 45 passengers are the most common ones nowadays, but you can even spot vessels that carry up to 90 people on each voyage. That’s a remarkable increase in carrying capacity from the initial launch.

Like all modes of transportation in Dhaka city, it’s not without some issues. The major downside of the Hatirjheel water taxi service stems from its popularity. More often than not, you’ll experience long queues leading to the terminal. Some route has longer queues than others. Even if you can get on a boat after waiting for a long time, you can still face another round of delay. The taxis wait an extra 15 minutes for passengers to arrive if they are not full to the brim which is especially concerning for those commuting to work in the morning.

Another aspect that is regularly complained about is the stench. Negligence in maintenance has led to malodorous water in some parts of the Hatirjheel Lake. And, even though the smell dissipates after some time, the initial impact drives many people away.

There’s also the fact that all the landing stations are a little far from the main roads. Travellers need to walk quite a bit which can be a significant problem during summer and the monsoon season.

The government sees the Hatirjheel water taxi service as a valuable instrument to reduce traffic in Dhaka. As such, there are major plans to improve the infrastructure and capabilities of the service.

Four additional water ready crafts will set sail very soon to accommodate the growing number of travellers. Furthermore, a plan is in place to gradually expand the number of routes in the near future, covering Gulshan Lake through to Baridhara. A new route from Police Plaza to FDC is in talks now, with Mohanagar and Niketon being added soon.

Even with some of its drawbacks, the Hatirjheel water taxi service gives its residents a quick way to beat the traffic in Dhaka with the added advantage of taking the scenic route. If you live near Hatirjheel and have to cross the jam-packed streets of Dhaka, why not take a more pleasant course and take a moment to enjoy the beauty of the capital city. 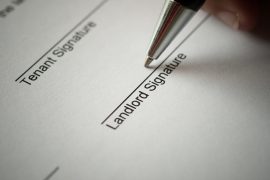 Things to Keep in Mind While Renting an Apartment 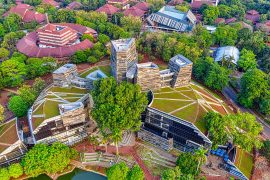 What is Green Roofing and Why Should You Choose it? 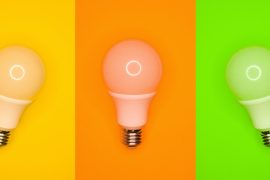 Benefits of LED Lights that You Need to Know