Markets in Asia, Latin America, and the Middle East are experiencing booming real estate sectors, fuelled by a growing middle class and strong economic performance. But which emerging markets are most worthy of investors’ attention? Today we name the top emerging global cities for investment potential in each region.

In Emerging Trends in Real Estate Asia Pacific 2014, a joint report from the Urban Land Institute (ULI) and PwC, Manila was ranked in the top five cities in the region for its investment potential. With a strong economy and improvement in areas like transparency and governance, more investors have turned their attention to the Philippines’ capital. Manila has a young demographic, receives a significant amount of capital from Filipinos working overseas and a similar workforce culture to the west. Its residential, retail and office sectors all have strong investment prospects.

The same report ranked Jakarta for its investment potential and first for its development prospects. The report notes that the quality of new office stock has improved in recent years, while the demand for commercial space remains strong, particularly in the under-supplied central business district. The city is also a magnet for luxury property investors. Knight Frank recently named the Indonesian capital the world’s hottest luxury property market, with prices in its high-end residential sector rising 37.7 percent in 2013.

All eyes will be on Brazil in June when the country hosts the FIFA World Cup. Some property experts are already predicting that the event will significantly boost the local real estate market. In a recent report, Property Frontiers noted that mass international tourism from the event would generate unprecedented demand for hotel accommodation. The report backs investment in beach resorts in the northeastern region of Natal where occupancy levels are about 90% all year round. In addition, strong economic performance makes the fast-growing country one of the best investment opportunities in the region.

Global bank HSBC last year named Mexico the “the safest bet for investors in the region”. In a study of the top emerging markets from 2013, the bank chose Mexico ahead of Brazil and Argentina as Latin America’s investment hotspot. Investors see signs of change in Mexico, with drug-related violence and crime on the decline and businesses benefiting from reforms enacted since the 2012 elections. Foreign investors are also attracted to Mexico because they can get better value for money than in the US and Europe, as well as favorable exchange rates.

Dubai was named an up and coming global hotspot in the latest IP Global Property Barometer, with investors seeing yields of six percent in the local property market. “The ever-increasing inflow of expat workers in the city from all over the world is a key factor in driving consistent rental rises,” said Paul Preston, director of IP Global Middle East. As the entire MENA region continues to experience rising economic confidence, investment in Dubai is gaining pace. The city saw investments increase by 57 percent in the first quarter of 2013. 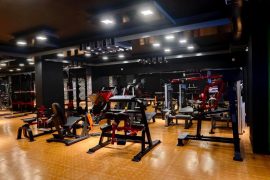 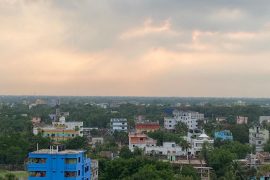 Why I Love: Faridpur 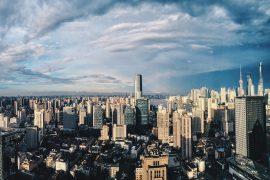 Most expensive housing markets in the world