Every person wants to make a difference in the world. However, the main reason as to why we exist is the world itself. While some lifestyles may provide us with happiness and luxury, other lifestyles provide us with meaning and depth. Minimal living is a form of living life small, while making a big change. It is about having less and, through that, achieving more.

Getting an apartment of one’s own the moment they have a well-paid job in order to establish their presence in the world is a common priority. Instead of looking for a house for rent in Dhaka, one can simply opt to live with their family or even rent smaller spaces. There are ways in which smaller spaces can be optimized to ensure full efficiency, as well as comfort. The smaller the apartment, the easier it will be to manage it, and its Eco footprint will be lower due to less energy being required to run the entire apartment.

Here is another great method of reducing emissions – if people went through their day and noted down the things they required, the number of items in the list would probably be less than twenty. Humans have a lot of possessions because they feel like they might need them. However, most of the time, this ‘might’ only lead to spaces being clogged with more possessions than required. Finding out the items that are absolutely essential or have sentimental significance would enable future minimalists to understand what they truly value, and stop them from opting to buy things that are not important. Here, the rule of minimalism is repeated again: the less one has, the less the Eco footprint.

Some foods have more environmental footprints than others. For example, a kilogram of beef requires almost nine times more water to make than a kilogram of lettuce. The point is not about eliminating beef from one’s life. It is to minimize consumption to the extent that the enjoyment is still there, but the impact is reduced. It isn’t important to have meat every single day, and having it twice a week would keep you sated and appreciative of it as well. Reducing the demand for food that requires excessive amounts of water would help save planet Earth.

People do not need most of the clothes that you can find in their wardrobe. With the right selection, 13 pieces of clothing can lead to over 50 different outfits used in different combinations. The textile industry not only uses resources that are straining the environment, it also produces by-products and chemicals that harm the environment as well. Furthermore, the entire supply chain system built to accommodate the need for more clothes is not made to comfort our world, either. The energy used is not only inefficiently distributed, it is also a system where clothes lead to clogged-up drains and build-up in the ocean. While humans keep making and purchasing more clothes, the recycling system cannot keep up. Reducing the number of clothes people own only makes life easier for them as there is less to manage and it is for a greater cause.

While it is harder to do so in developing countries, it is not impossible. The three steps of recycling include – reduce, reuse and recycle. While the last one is probably the hardest one to maintain within the country, the other two aren’t. People often throw away things such as glass bottles or cardboard that can be reused or recycled into something better. Making better purchasing decisions can also help the environment. For example, buying a single glass or acrylic water bottles to refill and use instead of purchasing one plastic water bottle every single time is much more environmentally feasible. Not only will it be better for the environment, it will also be better for the wallets of people. Replacement is more burdensome financially than reuse.

It is easier to believe as average humans that one person alone cannot make a difference. However, change starts with one action. Moreover, there are countless instances where one person began a change that caused a revolution – take the cleanup of Versova Beach in Mumbai as an example, where one man began cleaning up the entire beach and that led to hundreds of volunteers joining him.

While minimalism may be hard to adapt to, it can also be liberating. This lifestyle can be adopted with small changes, such as reducing purchases, and then slowly getting rid of things that are unimportant, or changing one’s eating habits gradually within a week.

In the long run, a person can legitimately make a change that can save a portion of the earth that would otherwise be ruined. Multiply that by ten or more, and the impact becomes worth all the hard work. 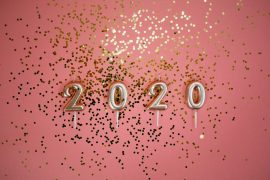 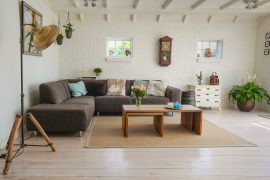