Bridges are immensely important for a country’s development. They allow easy accessibility and connect inaccessible areas or places that are otherwise very difficult to reach. As a result, the development of these areas takes place and helps the country grow. The numerous bridges in Bangladesh, no matter how big or small, have had a similar impact on the country’s evolution. They have allowed people to reach many inaccessible places in the country and have enabled progress to march on. As a token of respect to all their contributions, let’s take a look at some prominent and major bridges in Bangladesh still in operation today.

Located between Sirajganj and Tangail over the Jamuna River lies the longest bridge in the country; the Bangabandhu Bridge. This 4.63-kilometer bridge is also the world’s 11th longest and South Asia’s 6th longest bridge. It is one of the most architecturally sound bridges in Bangladesh. And it has to be in order to support both road and rail transportation. The construction of the Bangabandhu Bridge has been a major milestone for the country and immensely improves the connectedness of the western part of the country to the eastern portion. It facilitated the transmission of basic utilities such as natural gas and electricity as well as established proper telecommunication links. However, the bridge will reach its true potential when the Asian Highway and the Trans-Asian Railway are in operation.

The Meghna Bridge is one of the most prominent and major bridges in Bangladesh today mainly because of its economic impact. It is located along one of the busiest roads – the Dhaka-Chittagong Highway. Thousands of vehicles every day cross the bridge to transport people as well as goods. It is the most convenient road to take when traveling to or from Dhaka. The bridge was constructed in 1991 with assistance from Japan and is officially known as Japan-Bangladesh Friendship Bridge. However, people refer to it as the Meghna Bridge since because of its location. The bridge itself is about 930 meters in length and about 9 meters in width. Due to its importance to the country’s connectivity, a second Meghna Bridge is currently under construction.

On March 4th of 2015, The Hardinge Bridge celebrated 100 years since its unveiling in 1915. It is the oldest among all the bridges Bangladesh still has in operation today. Named after the then Viceroy of India, the bridge over the Padma River has been an important strategic infrastructure. The rail bridge made communication between Calcutta (existing Kolkata) and Eastern Bengal easier. And during the liberation war, its partial destruction played an important role in cutting off the Pakistani army’s retreat from Jessore. Hardinge Bridge itself is located in Pabna and is mostly comprised of steel that keeps the river flow below undisturbed. While this 1.8-kilometer long bridge might not be the most influential bridge today, its impact on history is undeniable.

Located along Bangladesh’s busiest highway, the Shah Amanat Bridge over the Karnafuli River connects the southernmost districts of Bangladesh to the rest of the country. It is the country’s first major cable-stayed bridge and stands at 950 meters in length and 24.47 meters in width. This is the third such bridge over the Karnafuli River and one of the latest major bridges of Bangladesh. The Shah Amanat Bridge is particularly important since it provides road access to some of the major tourist destinations in Bangladesh as well the largest seaport in Bangladesh; one of the highlights of Chattogram. In lieu of the importance of the bridge, it was made as wide as possible without risking the integrity of the structure. As such, the bridge has four lanes for vehicles along with two 1.5 meter lanes for ‘manual transportations’ like rickshaws.

Sylhet is one of the best places to visit in Bangladesh during winter. And as you enter the city, you are greeted with a bow-like structure made of steel and iron. That structure is none other than the Keane Bridge over the river Surma. It holds a great significance in the people’s life; who have to cross the bridge every day for both personal and economic reasons. The bridge is always packed with commuters and is fondly referred to as the ‘Gateway to Sylhet’. Keane Bridge was constructed in 1936 to make the lives of people in that region more comfortable. Ever since then, it has become a notable landmark for the city and a vital part of day-to-day life. The bridge is only 350 meters in length and 5.4 meters in width and is one of the most beautiful bridges in Bangladesh today.

On one corner of Bangladesh we have the ‘Gateway to Sylhet’ while on the other there’s the ‘Gateway to Khulna’. The bridge over the Rupsha River in Khulna is one of the most beautiful bridges in Bangladesh. A vast number of people spend their afternoons and evenings enjoying the beauty of the river and the bridge. Along with its beauty, the Rupsha Bridge is famous for connecting to Bangladesh’s second largest seaport. The Rupsha Bridge, or the Khan Jahan Ali Bridge, is an instrumental part in the country’s economic network, connecting Mongla to the rest of the country. Goods are easily moved to and from Mongla port thanks to the bridge. The bridge stands at 1.64 kilometers in length and 16.48 meters in width.

The impact of a structure like a bridge is difficult to comprehend if you don’t look at the big picture. While it might seem that bridges only contribute in terms of connectivity they, in fact, do much more. Urbanization and industrial development soon follows the construction of bridges and turns the wheels of progress. As construction of more bridges continues throughout Bangladesh, the country will no doubt prosper and reach new heights. 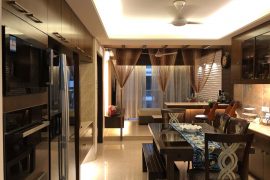 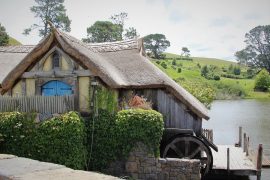 The most coolest houses around the world 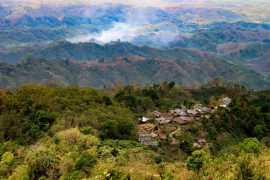 The most remote places in Bangladesh